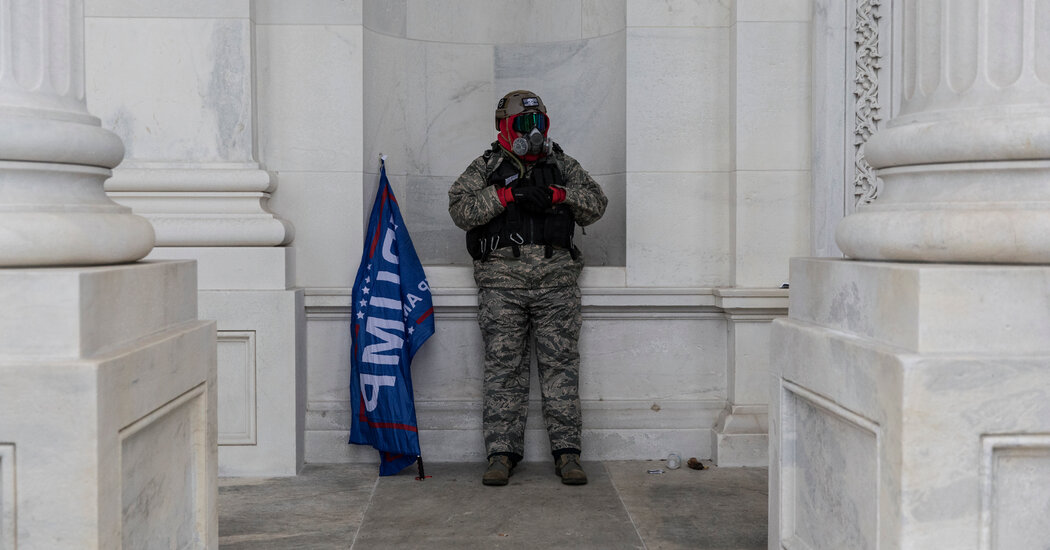 On Tuesday the N.A.A.C.P., on behalf of Representative Bennie Thompson of Mississippi, filed a federal lawsuit against Donald Trump and Rudy Giuliani over their involvement with the Jan. 6 insurrection by a violent mob of Trump supporters at the United States Capitol.

The lawsuit alleges that by attempting to prevent the certification of the election, Trump and Giuliani violated the 1871 Ku Klux Klan Act, one of several anti-Klan acts passed by Congress from 1870 to 1871.

The act reads as follows:

“If two or more persons in any state or territory conspire to prevent, by force, intimidation, or threat, any person from accepting or holding any office, trust, or place of confidence under the United States, or from discharging any duties thereof; or to induce by like means any officer of the United States to leave any state, district, or place, where his duties as an officer are required to be performed, or to injure him in his person or property on account of his lawful discharge of the duties of his office, or while engaged in the lawful discharge thereof, or to injure his property so as to molest, interrupt, hinder, or impede him in the discharge of his official duties … each and every person so offending shall be deemed guilty of a high crime.”

The statute is clearly appropriate for the suit, but what stood out to me was how similar this period is to the period when the law was adopted.

The Civil War ended in 1865, but within months of its end, the Black Codes sprang up. Mississippi enacted one of these laws in November of 1865.

As the Mississippi Historical Society explained:

“Instead of embracing change Mississippi passed the first and most extreme Black Codes, laws meant to replicate slavery as much as possible. The codes used ‘vagrancy’ laws to control the traffic of Black people and punished them for any breach of Old South etiquette. Blacks could not be idle, disorderly, or use ‘insulting’ gestures. Blacks could not own a gun or preach the Gospel without first receiving a special license. Black children were forced to work as ‘apprentices’ for white planters, usually their former masters, until they turned eighteen. Most blatant of all, the state penal codes simply replaced the word ‘slave’ with ‘freedman;’ all the crimes and penalties for slaves were ‘in full force’ for the emancipated.”

Congress reacted to these Black Codes by enacting so-called “Radical Reconstruction” to protect Black people from Southern racists and white supremacists. This Reconstruction lasted from 1867 to 1876.

Still, millions of formerly enslaved people were left in a citizenship limbo: in the country but not citizens of it. Sound familiar?

Under the Reconstruction Act of 1867, each state had to write a new constitution, which needed to be approved by a majority of voters, including African-Americans. One year after that act was passed, the 14th Amendment was adopted, making anyone born or naturalized in the United States a citizen thereof.

Under Radical Reconstruction, Mississippi would become a center of Black power and Black progress. As the Mississippi Historical Society tallies, “At least 226 Black Mississippians held public office during Reconstruction, compared to only 46 blacks in Arkansas and 20 in Tennessee.”

But, these provisions still did not prove strong enough to guarantee the Black vote, so the 15th Amendment was adopted Feb. 3, 1870. Later that month, Mississippi was readmitted to the union. Two days after that, the first Black senator in American history, Hiram Revels, was sworn in to the seat vacated by Jefferson Davis.

But 1870 was also the year that the Ku Klux Klan truly became active in Mississippi. The Mississippi Encyclopedia recounts one of the terrorist group’s more infamous episodes this way:

“On 8 March 1871 Mississippi Klansmen also instigated a riot in Meridian, attracting national attention and helping to prompt federal intervention to control Klan activity. The riot began during the trial of three men accused of inflammatory speech after publicly promoting the organization of Black militias as a means to resist Klan vigilantism. The courtroom, filled with armed Klansmen, erupted into violence, with shots fired and three people, including the presiding judge, killed. The chaos spilled into the streets, where white mobs beat and killed perceived Black leaders, thwarting any nascent Black resistance.”

The next month Congress passed the last of its Ku Klux Klan Acts, the one being used against Trump and Guiliani.

To me, the similarities are striking.

Millions of people are in the country without citizenship — until it is granted.

The white population is growing apoplectic about being outnumbered and overwhelmed.

There is a fear of displacement in all its forms.

There is a vigorous effort by white supremacists to suppress Black votes, including using the law to do so.

And there is a deadly act of violence in a government building that focuses the country’s attention and spurs Congress to action.

I have no idea what will become of the suit against Trump and Giuliani, but we should thank the people who filed it for forcing us into a much-needed history lesson.