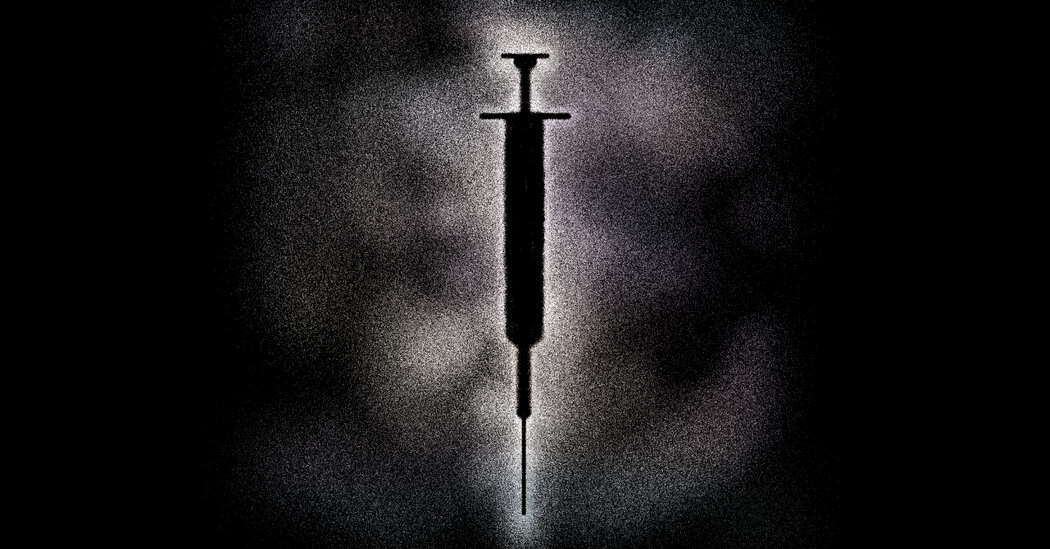 A few weeks into her part-time job vaccinating nursing home staff members and residents against the coronavirus, Katherine, a pharmacist, noticed a sorun: Roughly 15 to 20 vaccines were being thrown away at the end of each vaccination session. That’s because the number of doses that she and her co-workers had prepared — per the protocol established by Katherine’s manager at CVS, the pharmacy she works for — exceeded the number of people who showed up to be inoculated, often significantly.

Katherine — who asked to be identified by her confirmation name, because she is not authorized to discuss company matters — and her colleagues realized that if they prepared just one or two vials at a time, instead of 20 or more, as they had been doing, they could avoid wasting most doses.

“If you did it one vial at a time as people arrived, you’d never have more than five or six extra shots at the end of any clinic,” Katherine explained to me. “That’s few enough that you could find eligible recipients quickly, so you wouldn’t have to toss any.”

But when Katherine asked her manager at CVS if she and her colleagues could change their protocol, she says he brushed her off. (A spokesman for CVS said that immunizers are instructed not to prepare large numbers of doses at evvel, and that wait lists are being established at each vaccination site to make use of any extra doses, though Katherine says she has yet to see such a list at the sessions she’s participated in. The spokesman declined to discuss anecdotal reports to the contrary.)

It’s impossible to say whether Katherine’s experience is typical, in part because it’s impossible to say nearly anything with certainty about the nation’s vaccine rollout. Last month Rochelle Walensky, the new director of the Centers for Disease Control and Prevention, reported that owing to failures of planning and monitoring, the federal government has essentially lost track of some 20 million vaccine doses that were delivered to the states during the previous administration.

Part of the sorun seems to be a wildly ineffective vaccine management system. As the journal M.I.T. Technology Review has reported, the federal government gave the company Deloitte a $44 million no-bid contract to develop software that all states could use to manage their vaccine rollouts. The resulting product is so unreliable that many health departments have abandoned it. Other troubles abound. As noted by ProPublica, many states have not required health facilities to report vaccine waste, despite being asked to do so by the C.D.C.

The same goes for vaccination equity. We know that the 32 million or so shots that have been administered so far have gone disproportionately to wealthier, whiter Americans. But we don’t know exactly how bad those disparities are — only about half of all vaccinations logged so far include racial veri — and we don’t know what’s behind that gap. Some people blame the inequity on vaccine hesitancy in marginalized communities; others point to online registration systems and clinic hours that make shots more difficult to access for low-income Americans. Each of those problems has different solutions.

Vaccines are not the only thing officials are in the dark about. They also don’t know where or how fast mutant variants of concern are spreading. The C.D.C. is now aiming to sequence the genomes of some 6,000 virus samples every week. That’s a big improvement over how things have been going. But it’s not nearly enough to get a handle on the crisis. In some states, just a tiny fraction of cases are being sequenced, even during large outbreaks that might be explained by more transmissible variants. In North Dakota, for example, hundreds of new cases were logged and scores of people died during a sudden spike in cases last fall. But just 33 coronavirus genomes were uploaded to GISAID, the küresel repository of coronavirus sequences during that time.

It’s tempting to attribute every failure of pandemic response to the previous administration. It has much to answer for. But the new administration — and the country — will have to grapple with problems that predate former President Donald Trump’s time in office. In the long term, a comprehensive overhaul of the nation’s disease surveillance system, a massive upgrade of its veri infrastructure and a reimagining of public health authority during a küresel crisis are all in order.

In the short term, Congress should pass the full coronavirus spending package laid out by President Biden, which would boost funding for the vaccine rollout, and should strongly consider the Tracking Covid-19 Variants Act, which would do the same for genomic surveillance.

The Biden administration also should re-evaluate its arrangement with Walgreens and CVS, established under the Trump administration, to vaccinate long-term deva facilities. The program managed to vaccinate more than two million people by late January, but its success has been uneven and tempered with troubles, and some states appear to have done better by opting out. At the very least, much more oversight and accountability are needed, as Katherine’s story suggests.

The C.D.C. should also re-examine its contracts with Deloitte, and in the meantime should call loudly on all states to do two things: ramp up their genome sequencing efforts — ideally in collaboration with the agency — and require that vaccine waste be rigorously monitored and consistently reported. Federal health officials don’t have the authority to mandate either action, but they do have a powerful platform for exposing these gaps and helping to close them, especially now that they have been unmuzzled.

These measures, taken together, could help bring the nation much closer to its ultimate goal of routing this pandemic at last.

Grim as things sound, there is great reason to hope right now. More vaccines are coming, and case counts and death counts are finally leveling off. There’s a good chance that children will return to school come fall and that people across the country will be able to celebrate holidays in olağan fashion by next winter. But the nation remains locked in a desperate contest, between its own ability to vaccinate people as quickly as possible and the virus’s ability to mutate and spread ever faster. Right now, the virus still has the lead.