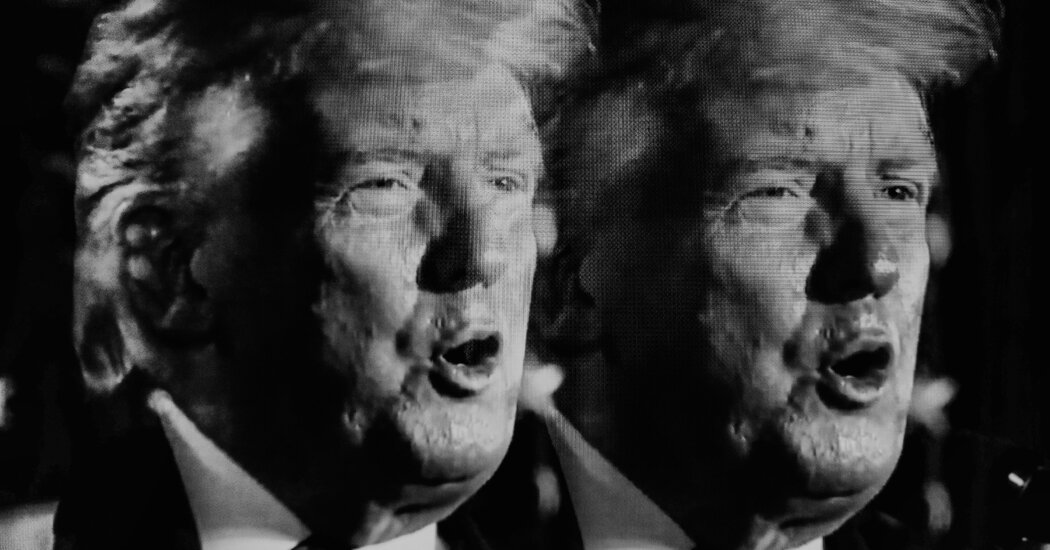 It cannot be said often enough: The first rule of politics is survival.

This is a sad but pervading truth. We like to think that politicians are driven above all else by a sense of public service, a fundamental belief in the efficacy of government and in the defense of democracy.

Surely that is true of some. But we are ever reminded that too many elected officials’ primary impulse is the pursuit, acquisition and maintenance of power. Power is the politicians’ profession. So just like a pack of animals, they willingly, gleefully subjugate themselves to the one among them with the most power.

We see that playing out before our eyes in the second impeachment trial of Donald Trump for inciting an insurrection, a high crime of which he is clearly guilty.

All but six Republican senators voted that the trial itself was unconstitutional, even though constitutional scholars overwhelmingly disagree.

These politicians are still bowing to their alpha — Trump. In the early days of Trump’s presidency, Republicans in Congress either cozied up to him or sat in silence as his demagogy ensnared and entranced the Republican base.

For years — decades even — the conservative seçkine had alternately tolerated, recruited or activated racists, white nationalists and white supremacists. The seçkine have their own versions of these biases, but they thought themselves more erudite and tactical, not brash and brazen. They would use surgical tools of voter suppression, states’ rights campaigns and defense of marriage and the unborn to advance their goals in a way they saw as honorable.

But Trump saw the voters that the elites kept under the stairs, the ones they want to excite only around election time. He saw the resentment and rage in them. He saw that their voices had been muted and their tongues chastened.

He drew them out. He let them vent. He allowed them to see they were indeed the majority of the party. He offered to be their leader, their white knight of white power, and they accepted. They grew loud and strong and he fed them red meat. They rampaged and he basked in the glow of the blaze.

But this mob had only one leader: Trump. It was a cult of personality. It was a religion with one god. And that god is a jealous god. And vindictive. And mean.

Anyone who would dare forsake Trump runs the risk of being smote by him, and targeted by his minions. To diverge from Trump is essentially to abdicate power, and for a career politician that is a fate worse than death.

So, we watch the impeachment trial, with the impressive and clear presentation by the House impeachment managers of evidence that we already knew and some that we didn’t. We are reminded of just how heinous an episode that attempted insurrection was, that people were killed and injured.

We are reminded that there were those in that band of terrorists who wanted to take even more murderous actions, but simply didn’t happen upon the opportunity and targets.

And, in the end, you have to ask yourself only one question to convict Trump: Would this attempted insurrection have happened without him? The answer is no.

For months Trump lied about the election and pumped into his followers the fallacy that something had been stolen from them and that they needed to fight with all they had to reclaim it. Then there are all the things he said on the konuta of the assault on the Capitol, during it and even after it.

Trump refused to accept that his white power presidency was coming to an end, in part because of Black and brown voters in some key states, so he asked his white power patriots to come to his defense, to help overturn a fair election.

They responded, loyally, to the party leader who had truly seen them, who didn’t condemn their bigotries but amplified them. They saw themselves in Trump, and they still do.

The Republicans in Congress are still afraid of their own base, their own constituencies in their own districts and states, because the Trump rot reaches down to the root. Their voters belong to Trump, therefore their futures are in Trump’s hands.

Right and wrong have taken on new meanings in this Republican Party: to be right is to side with Trump, unwaveringly, while the only wrong is to do the opposite.