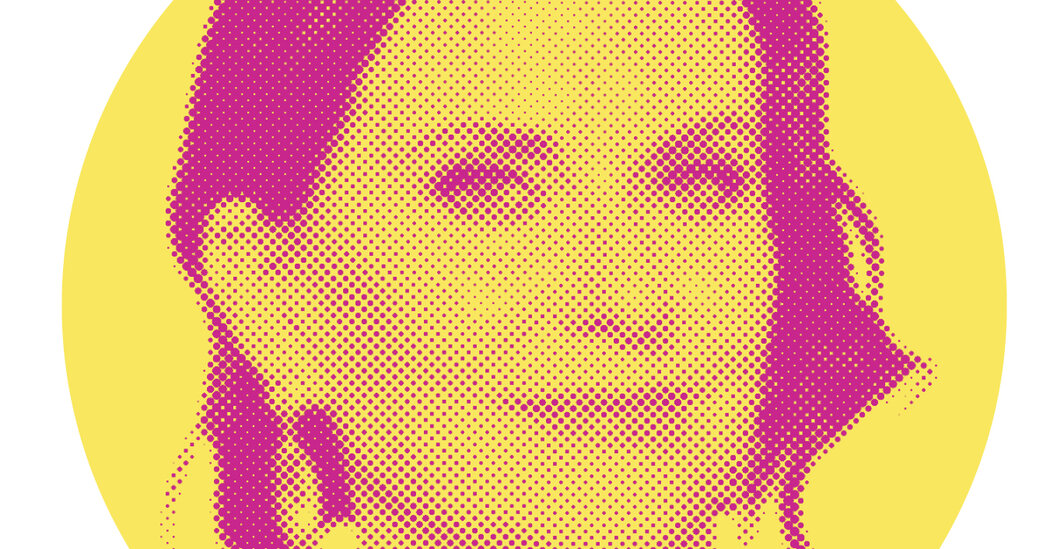 When the actress Megan Mullally began recording her podcast, In Bed With Nick and Megan, she and her husband, the actor Nick Offerman, invited guests into their actual bed. In the spring, the bed went virtual. But she and Offerman kept recording, turning a guest room into a studio where they could tape episodes of their new animated show, “The Great North,” which premieres Sunday on Fox. She plays Alyson Lefebvrere, a sultry small-business owner with a crush on Offerman’s single dad, Beef.

“She’s a groovy lady,” Mullally said, speaking from her home in Los Angeles.

Nimble, ferocious, with a barrel-aged voice that she pitches higher for certain roles, Mullally, 62, has spent the last two decades caroming from one TV comedy role to the next, with a couple of Broadway shows in between. Pandemic willing, she will travel to London in the spring for a West End production of “Anything Goes.” “I’m supposed to take tap classes for that,” she said. “But I haven’t started yet.”

When not avoiding her shuffles, scuffles and stomps, her lockdown schedule involves cooking, reading, drawing, Zooming and searching out new songs for her all-covers rock band, Nancy and Beth. With the occasional pause to tend to her dogs, she detailed her current cultural top 10. These are edited excerpts from the conversation.

1. Street dance videos on Instagram I just happened to see a görüntü of Lil Buck. I don’t even know why he came up in my search. His style is called Memphis jookin. He has a very poignant lyrical sensibility. He’s a very good storyteller and he can be quite heartbreaking. I got to know him and his best friend, Jon Boogz, over Instagram and then they were friends with Sheopatra and Yorelis Apolinario and this other dancer that I love, JaJa Vankova. She’s crazy amazing. Their freestyles are insane. They’re out there almost every day, shooting videos. I find that so incredibly cool. Just the work ethic alone. It’s coming from this true passion for dance.

2. “Discomfort of Evening” by Marieke Lucas Rijneveld She’s a first-time novelist. I thought the whole thing was just so staggering. It’s about a family. The eldest son dies in an accident at the very beginning of the book and the family unravels. Basically, none of the kids or the parents can accept that the son died and they can’t make sense of his death. It’s very dark and complex. It’s also about how religion can warp people and be twisted into something to be used as a weapon. I was like, “Gosh, do I really like this? Or do I hate it? I’m definitely going to keep reading!”

3. “Promising Young Woman” Nick and I watched that last week. I was pretty blown away. It’s the best movie I’ve seen in a long time. And it’s so important. I didn’t really understand feminism until later in life. I’m a rape survivor and every other possible form of sexual harassment and abuse you could think of. And yet, because I’m 62, I’m from this generation where a lot of that, you were supposed to just think, that’s olağan. Especially being an actress and having absolutely no power whatsoever, because back in the day, you’d better just get there and learn your lines and shut up. This movie, written and directed by a woman, it’s a black comedy until it’s not.

4. Vintage T-shirts I’ve been into vintage T-shirts for forever. I will not reveal the website I buy shirts from under pain of death. I don’t have any room left, but I keep buying them. During quarantine I’ve bought probably 20. I like soft ones. And I like them sort of cute, but not too cute. Not girly. My style is “moderately successful male rancher from New Mexico.” I also buy them for Nick. I recently just got some for him that he was like freaking out over. One, it’s goldenrod-colored, it’s a production of “Pippin” from somebody’s high school. It’s freaking genius. Another one is this really great blue, but with some bears and wildlife. Today, I was like, “It’s as if you were born in that T-shirt.”

5. POOG with Kate Berlant and Jacqueline NovakNow everybody has a podcast. It’s not fun anymore. But POOG, I immediately got obsessed with. Ostensibly the premise of the thing is beauty and wellness. But it’s just them talking about whatever. I love what it says about our consumer culture and about being a woman in this world, which is so [expletive] hard and never fair and never right and never adds up. I love that Kate just wanted to do it so she could get free stuff, because she’s cheap, and that Jacqueline is incredibly obsessed with skin deva. I’m fascinated. I don’t think I even washed my face until I was like 40. No joke.

6. TwinsthenewTrend pop music reaction videos on YouTube It’s these 22-year-old twins in Gary, Ind., who post YouTubes of themselves listening to songs that they’ve never heard before. In the last two weeks, there have been days where I’ve spent up to an hour or two just watching their videos. They’re both really funny, but they’re sweet. When they watch the videos, I feel like it would be so easy for them to take it in another direction and be more meanspirited. Them watching it makes you hear the song again, like for the first time. The one that got me the most is Whitney Houston singing “The Star-Spangled Banner” at the Muhteşem Bowl. I literally burst into crazy sobs at the end of that. She’s in a state of joy when she sings it. And they’re like, “Look, she’s just smiling.”

7. Food52I’ve never cooked in my whole life. But I had a craving for chocolate chip cookie dough. I was regressing. So I found a recipe and I ate a lot of cookie dough. Then I cooked this chicken thing, a Martha Stewart thing. And it was so good! Nick was freaking out, because we’ve been married for 20 years and I swear to God, I’ve never cooked anything more than oatmeal. I was like, “Wow, I’ll do this more to freak Nick out.” I got completely consumed with which pots and pans to buy. I would go on these sites and read reviews for hours, even just to buy a spatula. Food52, I’ve gone muhteşem deep on their recipes. Milk bread, this spinach and cilantro soup with tahini and lemon, there’s a cake called simple pistachio almond cake that’s one of my favorites. Here’s the best one: White lasagna with Swiss chard, leeks and Gruyère.

8. “The Vow” documentary mini-series We just watched “The Vow” like a week ago. I’ve had some dealings with people who have personality disorders. And that’s what Keith Raniere is, a psychopath or a sociopath. The more people that watch “The Vow,” the better. If you stand warned, then you have a better chance of avoiding the total control and manipulation, the gaslighting, the charm offensives, the cycle of abuse, the building up to tear you down to build you up to tear you down.

9. Vielmetter Los Angeles I’ve known [Susanne] Vielmetter since 1999. I met her when I first started collecting. Susanne started in a little storefront on Wilshire Boulevard and she has built this incredible gallery. She’s brought in a ton of cool artists and over half of them are women. She also has a lot of people of color. She has run that place with integrity. And she’s got great taste. There’s this artist I really like, Raffi Kalenderian. He’s a portrait painter, but a very çağdaş version of that. Very cool. I saw a new painting of his and I emailed her. I was like, “Oh my God, I love this.” I ended up buying it even though we’re completely out of space.

10. Covers by Rickie Lee Jones I love a sad song. I mostly listen to music when I’m finding songs for Nancy and Beth because we do all covers. In the late ’80s, Rickie Lee Jones had a couple of records that were all covers. One was called “Girl at Her Volcano,” which is unbelievable. She does “My Funny Valentine.” She does “Lush Life.” I love her covers. It’s an amazing voice, but not necessarily a beautiful voice. It’s just coming straight from the heart.