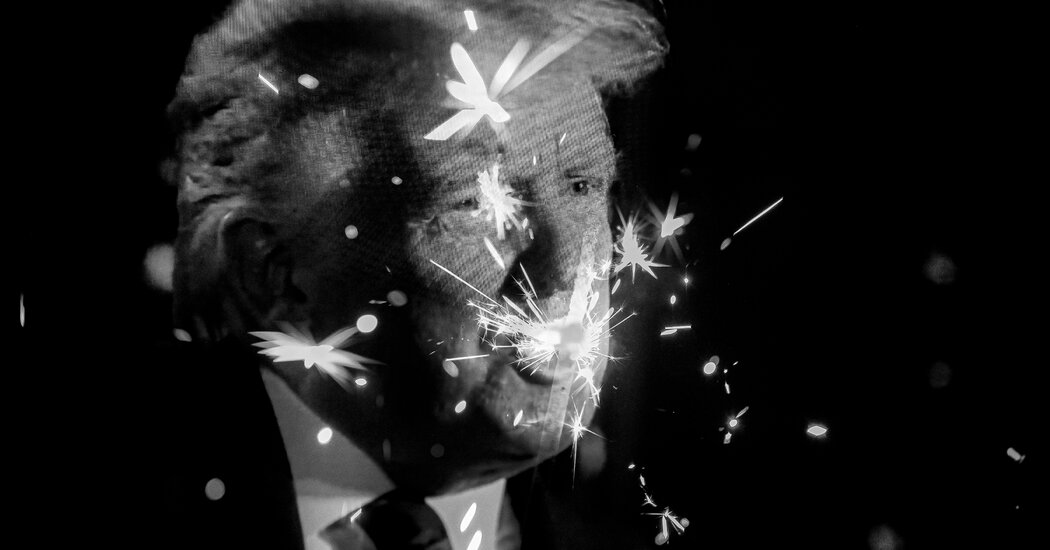 In case you hadn’t noticed, the Lincoln Project — an organization as pointedly anti-Trump as any other, its rise and political relevance symbiotically tied to his — is unraveling.

It’s unraveling because one of its founders, John Weaver, was using his position to proposition young men. It’s unraveling because peers of his in the organization apparently sat on complaints about that, too pumped up by their currency as Trump slayers to let accusations against Weaver impede their mission and kill their buzz.

It’s unraveling because it can no longer hide what a financial boondoggle it was for some of its central players, who spoke of principle while lining their pockets. Yes, they made dynamite ads and an eloquent case about Trump’s betrayal of America. Their firms also made money from the hero status that they were accorded by Trump haters the world over.

But the Lincoln Project is unraveling for an additional reason. It’s unraveling because Trump is out of office, and that not only deprives the organization of its fiercest mission and tight focus. His departure also opens the political actors there — and political actors everywhere — to more scrutiny and more reproach than they received when he was still around. Trump urgently demanded and rightly sopped up so much of the public’s contempt and the media’s attention that there wasn’t all that much space left over for other scandals. In that way he was like a concealer slathered over pox and warts beyond his own.

He was also in instances a get-out-of-jail-free card. If you raged against him, your past was wiped clean. Your own preening and avarice were laundered by your denunciations of his.

The Lincoln Project isn’t the only example of this, but it may be the best one, and I say that as someone who had his own hand in celebrating it. I wrote a column in July about the Lincoln Project’s founders as the quintessential NeverTrumpers, which was the designation for Republicans who had broken with their party, permanently or temporarily, because of Trump. My take on them was flattering.

I expressed some skepticism, noting that they possibly had a mix of motives, that they had found themselves “in high demand as commentators and book authors” and that “through some of their anti-Trump organizations, funded by donors, some of them have arranged employment no longer available to them in conventional Republican circles.”

But I cast them as patriots who knew that they’d never get their party back and had consigned themselves to that. “They’re not fighting to come in from the wilderness,” I wrote. “The wilderness is a given. They’re just fighting to get rid of this one sun-hogging, diseased redwood — or orangewood, as the case may be.”

And that was true. But like many other journalists, I didn’t get into the ugliness in some founders’ pasts, such as a 2002 isim by Rick Wilson that tied Max Cleland, a Democratic senator who lost both legs and part of one arm during his military service in Vietnam, to Osama bin Laden. (“Worse than disgraceful,” John McCain said of it at the time. “Reprehensible.”)

Also like many other journalists, I skimmed over questions about the extent to which the Lincoln Project was enriching its leaders. Some answers have recently emerged. The Lincoln Project “raised more than $87 million in the 2020 election cycle,” as Miranda Green reported in New York magazine last week, and “much of the money was paid to firms run by the Lincoln Project’s co-founders, including nearly $25 million to Summit Strategic Communications,” run by Reed Galen. A firm run by another founder, Ron Steslow, received more than $20 million.

We have such specific information now because the filing of financial disclosure forms lags the collection and dispersal of funds by many months. And the Weaver scandal broke only recently not because journalists had known about and ignored his behavior but because the reporters who were tipped off to it finally had the interviews and evidence that they needed.

But the just determination to nail down when Weaver’s colleagues were warned about him, the widespread belief that they’re lying about that, the infighting between them, the exodus of many of them and the coverage of it have a post-Trump feel. His monopoly on our conversations and our fury has been broken up.

Also, consider this: If the Trump of today were the Trump of yore — which is to say, if he had won the election, hadn’t been kicked off social media and was still tweeting to his spleen’s content — he would have fired off such excessively cruel, overwrought nastiness about the Lincoln Project that these attacks would have competed with the organization’s sins for notice and censure. But Trump is off Twitter, which puts others on the spit.

That dynamic may be having an impact on Andrew Cuomo. Would his concealment of Covid-19 deaths among New York’s nursing home residents be sparking as much outrage if Trump were still in the White House to mismanage the pandemic and lie more extravagantly about it than anyone else — and to deflect criticism of his own failings with hyperbolic rants about Cuomo’s? Recall that Cuomo won acclaim during the first chapter of the pandemic in part by specifically styling himself as Trump’s public-relations antonym and holding news conferences that were (supposedly) as factual as Trump’s were fantastical. He no longer has that counterpoint and counterpart to burnish him.

Trump, sadly, isn’t going away: He retains more sway over the Republican Party than any other individual. Candidates who have his blessing, mirror his positions and even try to mimic his style will shape political debates, keep Trumpism alive and give anti-Trumpism continued relevance.

But as a yardstick by which everyone else measures bigger and better than they otherwise might, he won’t be as prevalent. As a crisis through which to define one’s political identity, he won’t be as present. And as a monster against whom people on different points of the ideological spectrum can unite, he won’t be as handy.

The post-Trump landscape is a profoundly changed one. Proceed with caution.