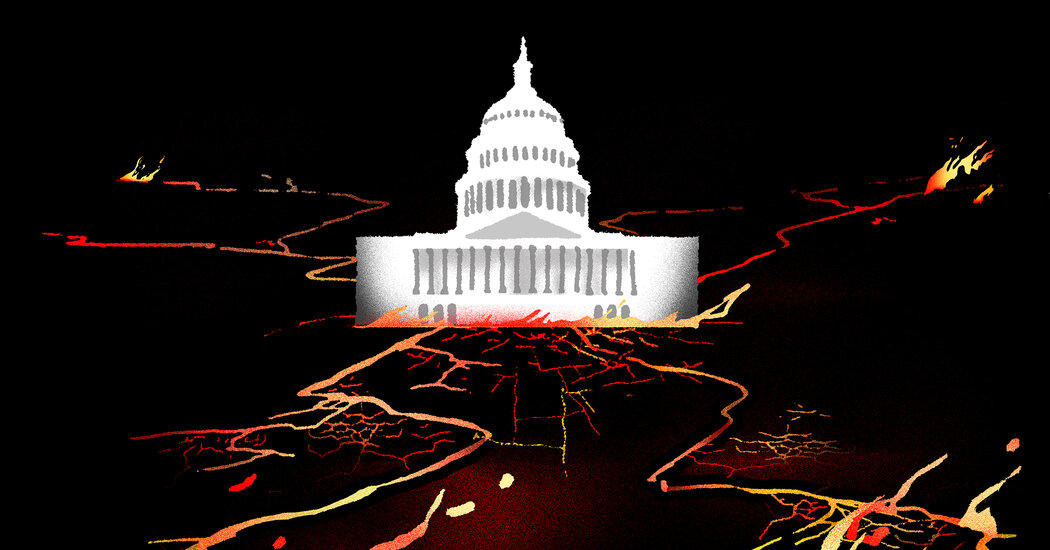 In the aftermath of the assault on the Capitol, much of the nation’s attention was focused on “why.” But another question is equally important: “What next?”

The sorun the authorities faced on Jan. 6 was not an inability to respond, but failure to anticipate the threat. Going forward, counterterrorism efforts should emphasize connecting the dots in the far-right extremist universe — not a simple task, given the dispersed and fast-moving nature of the threat. I have studied terrorism for well over 40 years; we can draw lessons from experiences around the world to consider both what might happen if the far-right groups that shook Washington turn to terrorism, and how we react if they do.

To begin with, it is unlikely those who promoted the Jan. 6 assault will ever again draw such impressive crowds into the streets. Followers are likely to be intimidated by the prospect of punishment or disillusioned by failure and a sense of abandonment. The chaotic assault on the Capitol may have exceeded the bounds of tolerance of even the most ardent “Stop the Steal” loyalists. Their fervor may dissipate, especially if those elites in power who called for confrontation switch course or stay quiet.

But the true believers who remain after mass action recedes will likely grow even more intolerant, rigid and inclined to see traitors at every turn. Any cooperation on President Biden’s agenda will be interpreted as selling out.

Newcomers to the cause, intoxicated by the breaking of powerful taboos, may reinforce violent far right groups in a shifting dynamic of radicalization. Struggles for power within this far-right, white supremacist, neo-Nazi milieu would intensify the volatility and unpredictability of the threat.

One consideration for the authorities is how much further divorced from reality these groups may become. When groups move underground under pressure from security forces, they become more clandestine by necessity. Cut off from outside contact, they enter a subjective reality, much like an end-of-the-world cult.

AsLeon Festinger wrote in “When Prophecy Fails,” published in 1956, the reaction of an end-of-the-world cult to the abject failure of their predictions is not to alter their beliefs according to the reality in front of them, it is to reinforce convictions and proselytize even more. These groups become paranoid about security, trust fewer people and rely exclusively on their comrades for psychological reassurance. Groups are also more likely than individuals to take risks.

Among the die-hards who remain convinced that the election results were fraudulent and that overthrowing the government is morally justified, the most dangerous are those experienced in violence. Scholars who analyzed the terrorist groups that emerged in the wake of the left-wing student, labor and war protests of the late 1960s and 1970s (such as the Red Brigades in Italy) found that their members were likely to be people who used violence in protests or who resisted arrest.

Many of those leading the charge at the Capitol are already well acquainted with violent tactics and the guns that go with them. The Oath Keepers attract people with military or police training. Proud Boys, Three Percenters, the Base, the Rise Above Movement and other far-right radicals are, or can easily be, well armed. The sheer availability of weaponry in the United States increases the risk of terrorism. Terrorist groups in other democracies have usually scrambled to find weapons; the Irish Republican Army in Northern Ireland, for instance, had to resort to getting arms from Libya.

A movement, driven underground, and shorn of its more moderate elements, may seek methods of amplifying its message and heightening conflict. And at its most basic, terrorism is violent communication and an economical form of violence. It requires only a modest deployment of effort and resources to achieve a large psychological shock effect. The act itself communicates a message.

Terrorism can also provoke retaliation — that might involve government repression or even exactly the sort of race war or apocalyptic conflict some far-right militants seek. The political scientist Ian Lustick evvel described one form of terrorism as “solipsistic” violence intended to excite the faithful, not terrify the enemy. The question is how to prevent an endless spiral of violence generated by radicalization and counter-mobilization.

The substrate from which terrorism blossoms, though, is verbal and visual communication. Technology enables the far-right and conspiracist world to communicate remotely, binding together the movement, but also increasing distrust and fear of infiltration. The result is that democracies must search for ways to combat propaganda and disinformation and to make it harder to recruit and raise funds.

As a result, governments and private enterprises such as Facebook and Twitter have responded to online appeals for violence by restricting extremists’ ability to communicate. There are precedents for suppression; the British government, for example, at one point tried to keep the I.R.A. off radio and television.

But in democracies such restrictions come up against rules and norms protecting freedom of speech, association and assembly, so countermeasures that restrict access to communication or outlaw particular groups are predictably contentious, adding to distrust of government. This paradox is faced by all democracies.

As such, this is not just a question for the Biden administration. Spectacular terrorist attacks attract imitators elsewhere. This trend is related to “lone wolf” terrorism — when individuals act without the logistical support of a group. But these “lone” terrorists often consider themselves as members of a group, act in the name of a shared küresel ideology, and encourage others to follow their example.

Over the past decade such a chain of linked mass-casualty attacks extended from Norway toto New Zealand. If it becomes harder to coordinate organized terrorism, individual zealots may replace groups, and individual attacks are harder to prevent than group-organized violence. It is difficult, for instance, for the prosecution to prove that a conspiracy exists when a group does the planning, but impossible if the individual was motivated by online manifestoes.

Our preoccupation since the Sept. 11 attacks with the Islamist and jihadist threat may have blinded us to the fact that terrorism can start at home, with familiar ideologies. How to react when the terrorists are not “other” but part of us?

In the 1990s the Israeli political scientist, Ehud Sprinzak, wrote about a “crisis of legitimacy” at the heart of domestic terrorism. He pointed to a long process of erosion of governing structures and prevailing social and political norms that precedes terrorism. A crisis of the legitimacy of democratic institutions aptly describes what the United States faces now, but the crisis need not culminate in terrorism if we understand how it happens.

Policymakers must resist demands for rapid, all-encompassing solutions. What is required is thoughtful consideration of our response options in light of the evidence we have in front of us. Let us not forget that actions taken in the immediate aftermath of a catastrophe are often driven more by emotion than by rational calculation. And that evvel taken, they are hard to reverse.

The greatest danger is from small groups or even individuals who are attracted to violence, well armed and motivated to act out of ideological conviction, commitment to defending a shared identity, and fear of irrelevance. An important step in restoring democratic legitimacy will be when the community that they claim to represent rejects them.

Martha Crenshaw is a senior fellow emerita at the Freeman Spogli Institute for International Studies at Stanford and professor emerita at Wesleyan University.