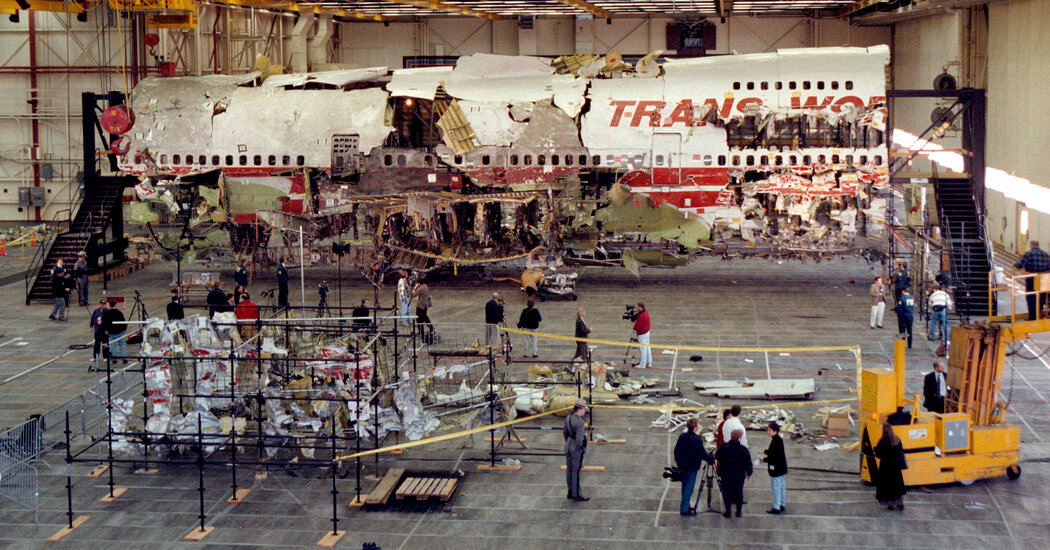 Twenty-five years ago, a Boeing 747 flying from New York City to Paris exploded in midair and broke apart just off the coast of Long Island. All 230 people on board the flight, Trans World Airlines Flight 800, were killed, and the wreckage plummeted into the Atlantic Ocean.

In the lengthy investigation that followed, the National Transportation Safety Board had workers salvage the remains from the ocean floor and painstakingly reconstruct the plane. When they finished, the reconstruction was moved to a warehouse in Virginia, where it has been used to train plane crash investigators for nearly two decades.

But with the lease on the warehouse nearing its end, the agency announced plans on Monday to decommission and destroy the remaining wreckage from one of the deadliest plane crashes in U.S. history.

The destruction will erase some of the last physical traces of an expensive, four-year investigation that was disputed by conspiracy theorists — who believed the plane had been brought down by a missile — and that had a lasting impact on airplane accident investigations.

“The investigation of the crash of TWA Flight 800 is a seminal moment in aviation safety history,” the safety board’s managing director, Sharon W. Bryson, said in a statement. “From that investigation we issued safety recommendations that fundamentally changed the way aircraft are designed.”

The agency said that recent developments in its investigative techniques, including technologies like 3-D scanning and drone imagery, made the reconstruction less crucial to its training program. It will stop using the reconstruction on July 7, 10 days before the 25th anniversary of the crash, which took place on July 17, 1996. 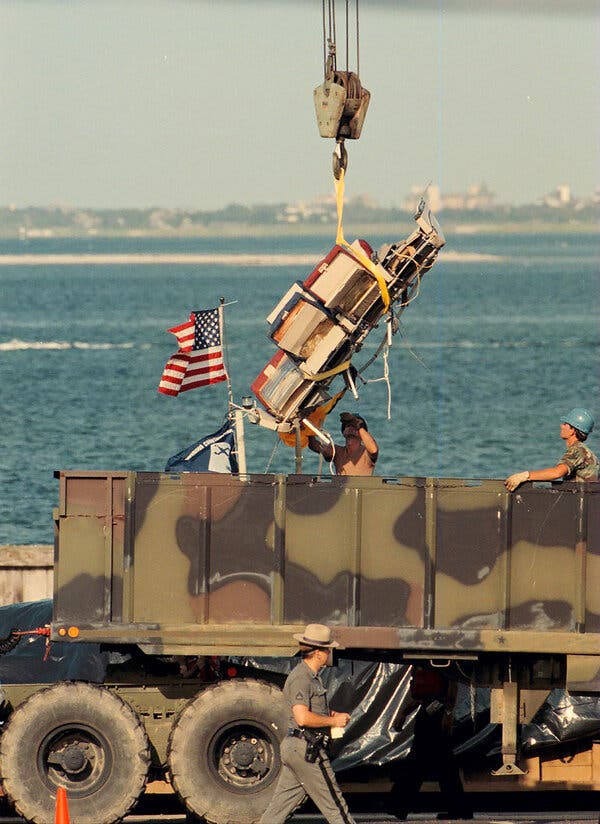 A section of seats from the flight was lifted from the water in July 1996. Investigators ultimately determined that the crash was caused by an electrical failure that ignited a fuel tank.Credit…Vic DeLucia/The New York Times

On that day, 212 people and 18 crew members boarded the Boeing 747 at Kennedy International Airport for an evening flight to Paris. The plane, built in 1971, had arrived from Athens without incident that afternoon.

The flight took off at 8:19 p.m., around dusk, in fairly clear weather. Twelve minutes later it blew apart in the sky, about 10 miles south of Long Island.

Witnesses in the area, many of whom were outside on a muggy summer night, reported seeing an explosion and, in some cases, a blazing fireball over the Atlantic as debris showered from the sky.

The horrifying crash gripped the world. Almost immediately, there was speculation that it had been a terrorist attack, a theory bolstered when some witnesses told the authorities that they thought they saw a flare or a missile heading toward the plane just before the explosion.

The next day, as investigators began recovering debris from the water, federal officials said they believed an explosive device was most likely the cause of the accident, and the F.B.I. treated its inquiry as a criminal investigation.

But just as swiftly, the safety board urged caution, saying it had no physical evidence from the airplane that pointed to foul play. Board officials declined to speculate on a cause, saying they would issue a report after further investigation.

What followed was the longest and most costly investigation in the agency’s history. Over the next year, workers searching for the definitive source of the explosion pulled tons of wreckage from the water, then sorted it in an effort to identify parts of the Boeing plane.

Though they recovered about 95 percent of the plane, investigators never found a clear answer in the wreckage. But they believed that evidence might be easier to find if the plane were reassembled rather than strewn on the floor.

So for months more than 30 workers meticulously rebuilt the plane’s fuselage inside a warehouse on Long Island, a huge reconstruction effort they called “jetosaurus rex.”

It was only after four years and an inquiry that cost about $40 million that the safety board issued a report in 2000 that found no evidence of an attack and that instead blamed an electrical failure that had ignited a nearly empty fuel tank.

Even after the report was approved, its conclusion was disputed by witnesses who insisted they saw a missile, and by conspiracy theorists who said the plane had been shot down by friendly fire.

With its investigation concluded, the safety board was left to decide what to do with the wreckage, which it sought to preserve in part to train future investigators. Ultimately, it moved the reconstruction to a training center in Ashburn, Va.

As part of that decision, the board made an agreement with the family members of the crash victims, promising the wreckage would never become an exhibit or be put on public display. In its statement on Monday, the board said it was destroying the wreckage in order to honor that agreement.

Christopher T. O’Neil, a spokesman for the board, said that the victims’ relatives had been told of the board’s decision to dismantle the reconstruction ahead of its announcement.

Mr. O’Neil said that the board’s lease of the Ashburn warehouse was set to end in 2023, and that the wreckage would be dismantled and destroyed by December 2022.