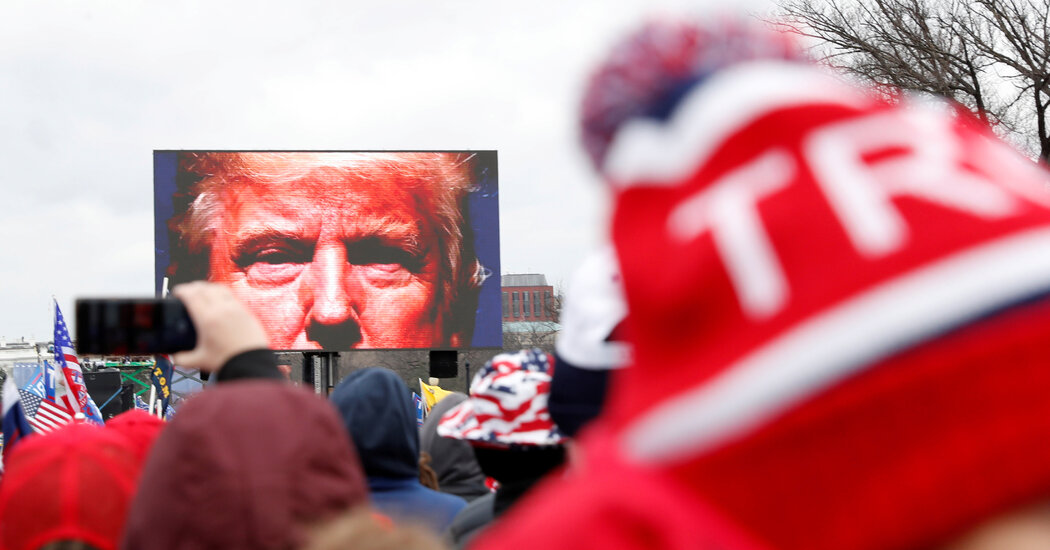 Here’s a confession: I’m dreading the second impeachment trial of Donald Trump, which begins on Tuesday. There are some nihilists who miss the former president’s presence in the news cycle, or who think others do, but I hated the last five years and am relieved that it’s over and he’s gone.

The Senate trial will almost certainly not bring justice, because Republican senators make up half the jury, and even if many of them privately disapprove of Trump’s insurrectionary attempts to cling to office, their base does not. If this process drags on, it will slow the urgent work of passing an economic rescue package, increasing human suffering and possibly the chance that the party of Marjorie Taylor Greene will retake the House in the midterms.

Yet it is still crucial that when the Senate trial commences this week, the House impeachment managers take all the time they need to make their case.

According to Politico, there’s tension between several managers, who reportedly want to call witnesses, and senior Democrats who just want to get the trial over with. The desire to rush is understandable, because Democrats are sacrificing valuable legislative time. But if they miss the opportunity to give the country the fullest possible picture of Trump’s treachery, that sacrifice will be in vain.

Perhaps it goes without saying that the real jury for this trial is not the Senate but the public. Most Americans have decided on Trump’s guilt: according to a recent ABC News/Ipsos poll, 56 percent say Trump should be convicted and barred from holding office again. But it’s still important for Democrats to tell the comprehensive story of how Trump tried to steal the election, and how that attempt ended in death and desecration.

This is necessary not just to cement Trump’s disgrace, but because his election lies are being used to justify new restrictions on voting. Trump’s attack on democracy didn’t begin on Jan. 6, and even though he’s out of office, it hasn’t ended.

“Obviously there’s a political price that you hisse in looking back instead of looking forward,” said Norm Eisen, co-counsel for the Democrats in Trump’s first impeachment trial. “No one really wants to ever hear from or talk about Donald Trump again, but we have no choice.”

The argument for a quick trial is simple: There’s more than enough in the public record to convict him. “The single most important witness to what happened is Donald Trump himself, and whether he wants to or not, he’ll be forced to appear because we have the görüntü,” said Eisen. “We have Donald Trump saying the words that, on top of a long pattern of incitement, triggered the insurrection on Jan. 6.”

But if the broad outlines of Trump’s offense are clear, significant details are not. On Fox News this weekend, Liz Cheney, one of just 10 House Republicans to vote for impeachment, spoke about what could be uncovered by the ongoing criminal investigation.

People will indeed want to know this, and ideally they should know it before their senators cast votes to acquit or convict.

Similarly, in their trial brief, House impeachment managers write that evvel the violence began on Jan. 6, Trump didn’t take swift action to stop it: “Instead, while Vice President Pence and Congress fled, and while Capitol Police officers battled insurrectionists, President Trump was reportedly ‘delighted’ by the mayhem he had unleashed, because it was preventing Congress from affirming his election loss.” Trump’s lawyers deny this, insisting that Trump was “horrified” and that he “took immediate steps to coordinate with authorities to provide whatever was necessary to counteract the rioters.”

This is the sort of dispute that can be settled empirically. It’s probably true, as Eisen argues, that Trump’s cronies would fight subpoenas, and that Democrats don’t want to get dragged into a long, frustrating kanunî battle. But surely there are people still working in government who can explain the holdup in sending help to the beleaguered Capitol Police. And it would be good to hear from some of those police officers themselves, more than 80 of whom were injured, along with 65 District of Columbia police officers.

One of the nightmarish hallmarks of our time is how quickly the intolerable becomes ordinary. Just over a month after Jan. 6, the shock is already wearing off. Alexandria Ocasio-Cortez revived some of it in her remarkable Instagram Live account last week. Her story got sucked into a depressingly predictable debate about whether a woman recounting trauma was being hysterical, but it still demonstrated the unrivaled emotional power of first-person testimony.

The outcome of this trial may not be in doubt, but Democrats have one chance to show the country exactly what Republicans are condoning.