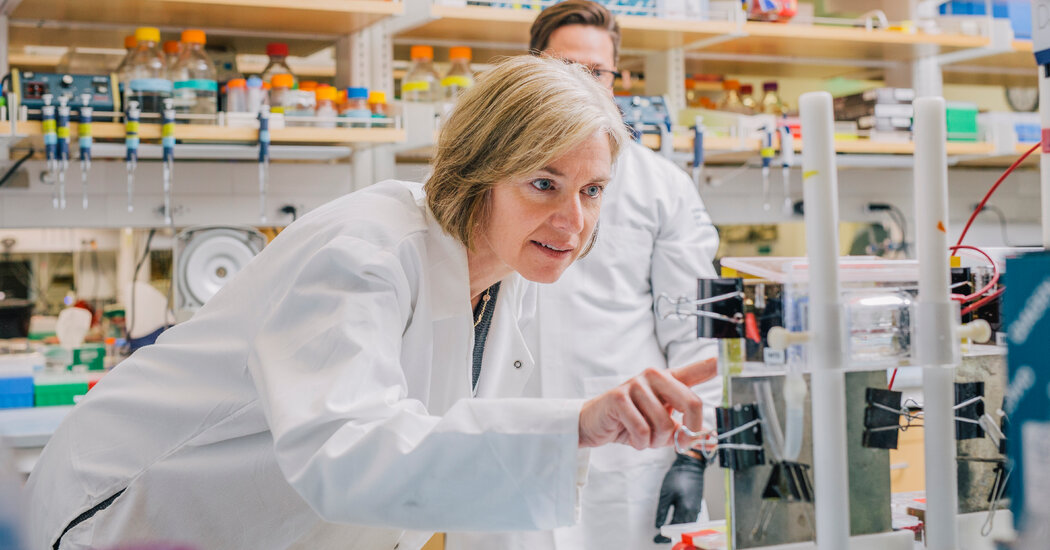 THE CODE BREAKER
Jennifer Doudna, Yine Editing, and the Future of the Human Race
By Walter Isaacson

The coronavirus pandemic forced Jennifer Doudna and Emmanuelle Charpentier to accept the 2020 Nobel Prize in Chemistry virtually, instead of actually attending the Royal Swedish Academy of Sciences’ annual December ceremony at the Stockholm Concert Hall, where the king of Sweden, Carl XVI Gustaf, would have given each of them an 18-karat gold medal along with a congratulatory handshake. This year’s gala, like so many events everywhere, was canceled for the first time in decades.

The landmark research that brought Doudna and Charpentier to the pinnacle of küresel acclaim has the potential to control future pandemics — either by outwitting the next viral plague through better screening and treatment or by engineering human beings with better disease resistance programmed into their cells. The technique of yeniden editing that they patented, which goes by the unwieldy acronym of CRISPR-Cas9, makes it possible to selectively snip and alter bits of DNA as though they were so many hems to take up or waistbands to let out. The method is based on defenses pioneered by bacteria in their ages-old battle against viruses.

Doudna and Charpentier — one American, the other French — are the sixth and seventh women to win the chemistry Nobel in its century-plus history. (Marie Curie was first, in 1911, followed by her daughter Irène in 1935.) The names Doudna and Charpentier had already been notably paired in 2015, when they jointly won the $3 million Breakthrough Prize in Life Sciences, and again in 2018, when they collected the coveted Kavli Prize in Norway. Although they have never belonged to the same research institution, they formed a successful collaboration with each other and numerous colleagues in several countries by building on shared interests, camaraderie and competition.

The CRISPR history holds obvious appeal for Walter Isaacson, a biographer of Albert Einstein, Benjamin Franklin, Steve Jobs and Leonardo da Vinci. In “The Code Breaker” he reprises several of his previous themes — science, genius, experiment, code, thinking different — and devotes a full length book to a female subject for the first time. Jennifer Doudna, a genuine heroine for our time, may be the code breaker of the book’s title, but she is only part of Isaacson’s story. The subtitle promises a wider reach: “Jennifer Doudna, Yine Editing, and the Future of the Human Race.” This may sound like publisher’s hyperbole, but Isaacson devotes much anguished discussion to the ethics of tekrar editing, especially when it comes to “germline” changes that can be passed on through generations and “enhancements” such as green eyes or high I.Q. that prospective parents could insert into their offspring’s genomes.

The term “code breaker” also describes the CRISPR complex itself, which cuts through the double strands of the DNA molecule carrying the genetic code. 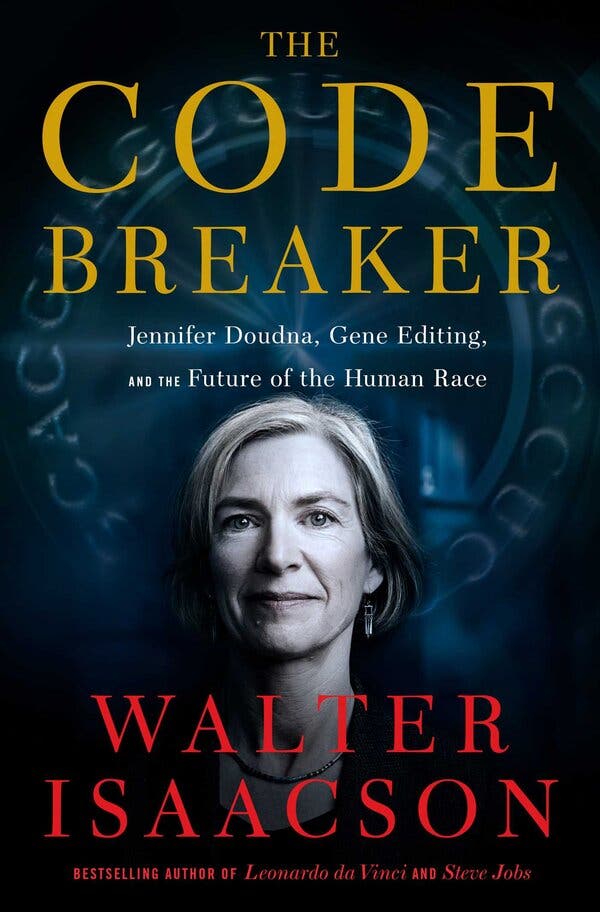 “The Code Breaker” introduces Doudna on a sleepless night early last March, just before “lockdown” became a household word. She and her husband, the Berkeley geneticist Jamie Cate, are driving to Fresno to retrieve their teenage son, Andy, from a robotics competition set to begin later that day. A few hours’ reflection has left Doudna time to question the wisdom of leaving Andy with more than a thousand other kids in an enclosed convention center, given the specter of the incipient epidemic. Andy, understandably, is none too happy to see his parents again so soon, but, as the reunited family decamps, he receives a text message announcing the competition’s cancellation. All of Andy’s fellow robot enthusiasts from high schools statewide must likewise leave the premises immediately.

This is a good place to start the story, because “The Code Breaker” is in some respects a journal of our 2020 plague year. By the final chapter, Isaacson has enrolled in a vaccine trial. Between the main character’s frantic road trip and the author’s rolled-up sleeve, there is room to explore Doudna’s childhood, trace her career, meet her competitors and collaborators, fret over the future fallout of the CRISPR revolution and marvel at its positive potential.

Fortunately for Doudna, her early reading of “The Double Helix,” by James Watson, proved formative. She breezed right past Watson’s snarky comments about the structural biologist Rosalind Franklin’s looks and took away an important message: Rosalind Franklin was a scientist; therefore Jennifer Doudna could be one, too. Echoes of those encouraging words emanate from the pages of “The Code Breaker,” as well as from Doudna’s own book, “A Crack in Creation,” written with her former student Samuel Sternberg and published in 2017. Its subtitle, “Gene Editing and the Unthinkable Power to Control Evolution,” reflects a sober respect for what her years of effort have wrought.

“The Code Breaker” is a handsome volume with color photos distributed generously throughout. While the pictures enhance the storytelling, the narrative flow is constantly interrupted by subheads and space breaks. Almost every spread includes one, as though admonishing the reader to hisse attention.

Isaacson keeps a firm, experienced hand on the scientific explanations, which he mastered through extensive readings and interviews, all of which are footnoted. In a chapter called “I Learn to Edit,” he tries his hand at editing human DNA using CRISPR, expertly guided by Doudna’s associates.

Most of Isaacson’s first-person appearances in “The Code Breaker,” which are numerous, demonstrate his diligence as a reporter. He attends scientific conferences, tours labs, consults experts on both sides of disputes, even facilitates an important phone call between two principal personalities. However, a certain clubbiness attends some of these references, as when he names the restaurants where key conversations occur, even including, in one case, the menu highlights:

“When the first day of presentations is over, Doudna and Sternberg go to a casual restaurant in Old Quebec City, but I accept an invitation from Feng Zhang to join him and a small group of his friends for dinner. Not only do I want to hear his perspective, but I also want to check out the inventive new restaurant he has chosen, Chez Boulay, which features crispy seal meatloaf, huge raw scallops, Arctic char, seared bison and cabbage blood sausage.”

Some of the most exciting sections of “The Code Breaker” detail the way CRISPR researchers rose to the Covid challenge: They developed rapid test procedures and vaccine strategies — and posted them to an open database for the benefit of the entire scientific community, spurring progress to a gallop.

Considerable challenges attend the writing of a book about a developing field of science. For all the deva invested, not to mention the perfect timing of the Nobel Prize, the epilogue of “The Code Breaker” contrasts sadly with our current reality. Isaacson, enjoying a fine day last fall on his balcony in New Orleans’s French Quarter, “can again hear music on the street and smell shrimp being boiled at the corner restaurant.” There was no way for him to know the enemy virus would surge and mutate by his book’s publication date to become even more contagious than before, though he suspected it might.

Reflecting on the nature of scientific research, Isaacson lets Emmanuelle Charpentier have the next-to-last words: “At the end of the day,” she tells him, “the discoveries are what endure. We are just passing on this planet for a short time. We do our job, and then we leave and others pick up the work.”