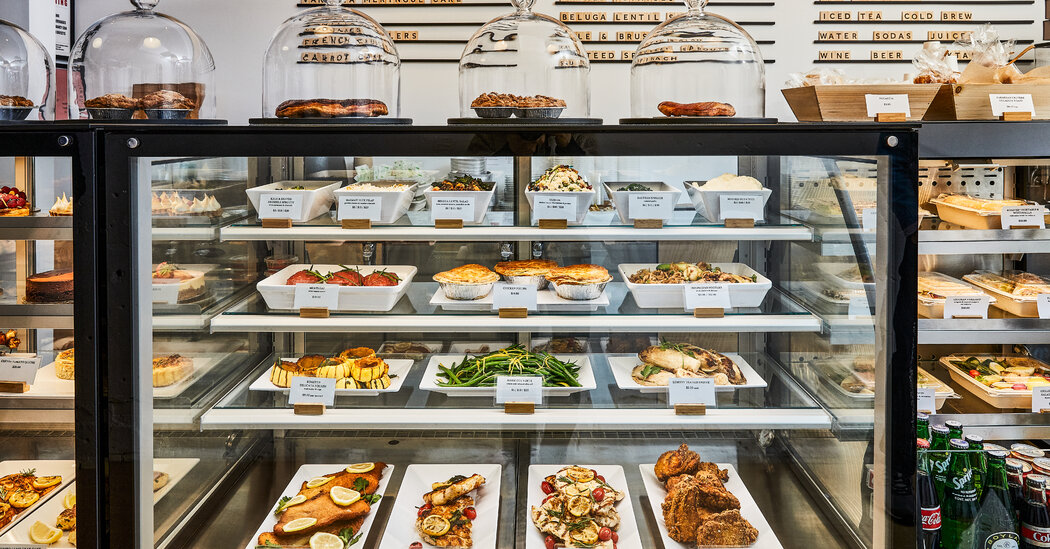 Around the beginning of the pandemic, the chef and caterer Mitchel London began offering deliveries of prepared food from a kitchen in TriBeCa. It was a holding pattern that he and his business partner, Thomas Mikolasko, decided on while finishing a restaurant they planned in the space. Now, with the restaurant project postponed, they have opened an inviting retail shop named Twiggy — named after Mr. Mikolasko’s mother’s nickname — in the front of that space. The store has a bright display of quiches, thick rustic pizzas, bright green beans, roasted endives, crisp chiplike potatoes, several iterations of chicken (including fried), meat loaf and some salads, all offered on a rotating basis. There are also sensational pastries, including a deeply burnished tarte Tatin, ethereal lemon meringue cake and feathery raspberry mille-feuille. In addition to pickup at the store, food can be ordered for delivery to only Manhattan, for now.