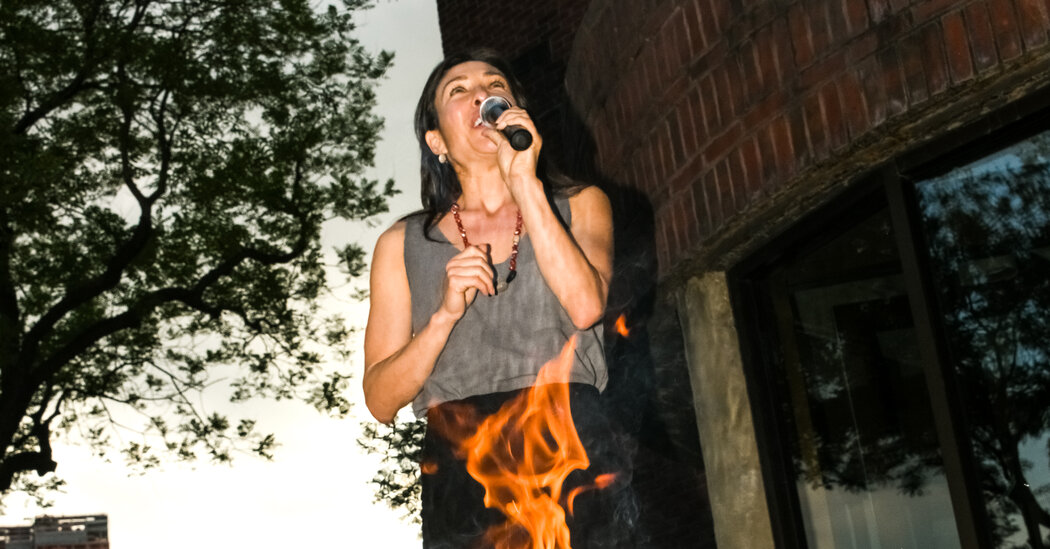 At a conference of performing arts presenters, in January 2020, Jedediah Wheeler, the executive director of Peak Performances at Montclair State University in New Jersey, introduced the choreographer Emily Johnson. Wheeler called himself “the luckiest person in the room” to be commissioning her to make work.

Johnson, 44, an Indigenous artist of Yup’ik ancestry, is known for performances that draw on her heritage, ceremonies that might last all night out under the stars, gatherings in search of healing and social change.

Wheeler, 71, founded Peak Performances in 2004, making Montclair State an unlikely home for the avant-garde. The series has gained attention producing and presenting work by artists like Robert Wilson and the Italian provocateur Romeo Castellucci before it reached New York City.

But Johnson did not join that roster. Not long after the conference, Johnson asked Wheeler in a phone conversation for his “personal commitment to a decolonization process,” she later wrote. She suggested that Peak Performances begin a land acknowledgment by taking a series of steps to recognize the original inhabitants of the area, forge relationships with other Indigenous artists and engage First Nations students on campus, among other things. Wheeler, saying that Peak Performances could not set policy since it was only a small part of a larger university, reacted dismissively and then, when pressed, angrily.

The dispute burst into the open earlier this year when Johnson severed her connection with Peak Performances and wrote about her decision in “A Letter I Hope in the Future Doesn’t Need to Be Written,” which she posted online on Jan. 22. In it she likened Wheeler’s behavior — what she recounts as his screaming, his failure to apologize, his use of power — to “white rage.” She related it to “settler colonial violence,” to the murder of Indigenous women and, more personally, to being raped. She said that Peak Performances was “an unsafe and unethical” place to work.

Wheeler said he had been “shocked and hurt” by the letter. He acknowledged mishandling the situation, but “white rage?” he asked. “It’s so inaccurate. Look at the artists I’ve supported.”

“What happened is that I made a mistake,” he added. “I didn’t really know what Emily was asking. I take full responsibility for not hearing her.”

Their rupture became the talk of the nonprofit performing arts world, inspiring statements of solidarity, demands for ıslahat and canceled contracts. The letter, and the responses to it, reveal accelerating shifts in how people in the arts are thinking and talking about the roles of artist and presenter, standards of workplace behavior and power, and how this all connects to deep wounds in American history. 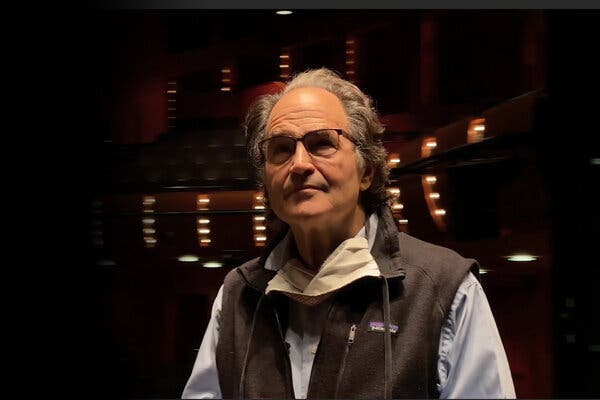 Johnson’s work isn’t confined to performance. It’s entwined with her activism and her advocacy for Indigenous people, her engagement in slow processes of community building and institutional ıslahat. It’s inseparable from decolonization, a küresel movement, both political and cultural, that has also been embraced by many universities and museums.

Decolonization initiatives can range from staff training and discussions to quotas, reparations and the return of land. One aspect is land acknowledgment, an increasingly widespread practice of formally honoring the original inhabitants of a place in preshow speeches, ceremonies and publicity.

Johnson’s letter presented her experience with Wheeler as symptomatic. She connected it to other recent calls for systemic change in dance and theater — calls responding to the pandemic, the closing of theaters and the Black Lives Matter protests of last summer.

It was within this broader, volatile context that her letter detonated. More than 100 nonprofit performing arts presenters, including some of the most prominent, have signed an online statement of solidarity, calling “for accountability and repair, not only in this case, but in our field at large.” And more than 1,000 arts workers have signed a similar call to action (“we are all implicated”) with a long list of proposals to address both Johnson’s experience and more general issues — of contracts and funding — that it raises.

Montclair State issued a statement defending Wheeler, noting that Peak Performances “intentionally seeks out emerging artists, artists from underrepresented backgrounds, and artists whose work challenges established norms and practices.” It stated that Wheeler, as the leader of “only one of many hundreds of units and programs” at the university, lacked the authority to agree to Johnson’s proposals. It said that the university’s “robust” social justice and diversity policies were established at the institutional level.

“The University does not formulate and adopt important policy decisions by means of a contract with a particular performing artist,” it said.

WNET All Arts, which had been broadcasting Peak Performances’ projects, has cut ties with the university. The Wet Ink Ensemble, which had been working with Peak Performances on an opera production, has ceased that collaboration. And other artists planning to work with Peak, including Bill T. Jones, issued a statement about their intent to “influence change from within.”

What happened? In interviews, Johnson and Wheeler disputed some facts, but the differences in their stories lie more in interpretation — what the other side meant, who should have understood what and when, what is and is not acceptable.

Wheeler first took an interest in Johnson in 2018 when she wrote an essay for the organization’s publication, the Peak Journal. “She asked a question that to my ears was profound and brave,” he said, “which is, ‘Whose land did you steal?’” (What she actually wrote was “Do you know whose land you are on?”)

“Could that force be captured in a performance?” he said he asked himself.

In October 2018, Wheeler offered Johnson a commission — potentially the biggest of her career in scope and fee. But in January 2020, the contract was still being negotiated. Among the sticking points was the range of the project outside of performance.

At a meeting of Indigenous artists in January, Wheeler read Johnson’s contract rider requiring presenters of her work to consult with the local Indigenous leadership and include land acknowledgment in all publicity. “I thought, ‘This is courageous, but it’s not going to fly,’” he said. “‘Nobody’s going to sign this.’”

In the February phone call that caused the rift, Wheeler made his position “unbelievably clear,” he said: His department couldn’t make policy.

“My idea of social justice is onstage,” he said, adding that in a 2018 Peak production, “Hatuey: Memory of Fire,” a land acknowledgment was performed as part of the work. This, he said, was much more powerful than a preshow speech. “If Emily Johnson came to me with her public letter and said, ‘This is the script,’ I would say, ‘Go for it!’”

For Johnson, social engagement isn’t extra. “There is no separation between the process of making the dance and the processes of decolonization,” she said in an interview.

“The U.S. is founded on the fact that you extract from Indigenous people,” she added. “Jed wanted the effects of my work, but not to do the work.”

How Wheeler did his work was, in Johnson’s view, the crux of the sorun. She said that he yelled “I call the shots” on the phone and gave her 24 hours to decide whether the project was going forward, under his terms. Then he hung up.

“I do call the shots,” Wheeler said in an interview. Did he scream and hang up? “Sometimes I don’t hear what I’m saying the way others hear it,” he said. “That’s not unusual for me. I was frustrated that there was no recognition of the limitations of my office, and I left the call.”

Talking about the call a year later still made Johnson shake. Back then, she said, she wanted to walk away from any dealings with Wheeler — “this is exactly what white supremacy looks like,” she would write in her public letter — but decided that “confronting the rage was part of the decolonizing work.”

The next day she sent Wheeler an email (quoted in her letter) explaining that she didn’t have all the answers about “what decolonization looks like,” that it was a “living and creative process” and that she was looking for “a good faith commitment,” not necessarily outlined in a contract.

Negotiations continued — between Wheeler’s staff and Johnson’s producer. For Johnson, Wheeler’s failure to acknowledge his behavior (he didn’t respond until after her public letter) constituted further abuse.

Then came the pandemic, bringing more complications and confusion. At the end of March, Peak Performances informed Johnson that her project was postponed. Still, negotiations carried on, until Johnson terminated the relationship in January.

Responding to Johnson’s public letter, many former employees of Peak said in interviews that they had regularly witnessed and experienced similar behavior from Wheeler. Older employees saw in him a recognizable type: the bullying, short-fused impresario whose outbursts had to be accepted. To younger ones, the behavior fits the characteristics of what they call white supremacy work culture, as outlined in articles their friends and colleagues have been sharing lately.

“If I’ve hurt somebody because I’ve been critical of their job performance, I’m sorry,” Wheeler said. “I’m learning, as everybody likes to say.”

But the conversations that Johnson’s letter has provoked go beyond Wheeler and Montclair State.

“Everyone in the field is talking about this,” said Colleen Jennings-Roggensack, the executive director of Arizona State University Gammage, a presenting organization. “The situation was handled badly, and Emily was wronged.”

“I’m an African-American woman,” she added, “and I think this is a teaching moment. It isn’t the time to throw someone under the bus — we don’t have enough buses, there would be too many bodies. But how do we look at it face on? How do artists, presenters, funders work together equitably?”

Johnson, for her part, continues to do her work in its broadest sense. At institutions like Jacob’s Pillow, Santa Fe Opera and the Field Museum, most of the processes she lists in her expanded “decolonization rider” are already in progress.

Johnson also continues to develop the project she was making with Peak Performances, called “Being Future Being.” It began, she said, before the pandemic, before her experience with Wheeler, as a vision of “embodying a better future for all of us,” a work that would shift consciousness and commit people to a process of change. It may be that this work has already started.