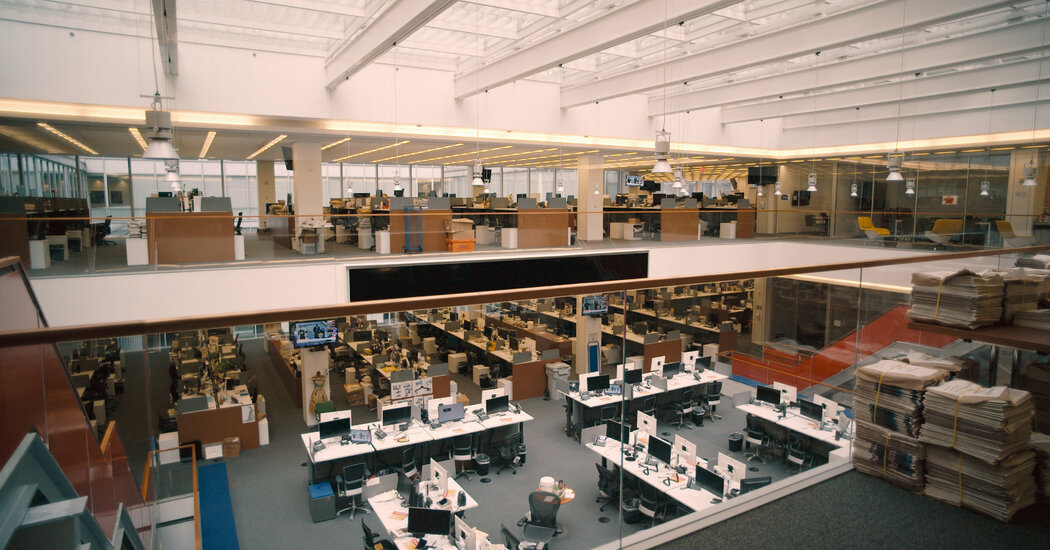 A year ago this week, The New York Times shut down its offices because of the pandemic. It happened so fast that we didn’t have time to say goodbye.

Events piled on events. The borders were closing. People were stockpiling hand sanitizer and panic-buying dried beans. I had just flown home from Vermont, in what would turn out to be my last work trip for I still don’t know how long, and on the plane I sat across from a man who could not stop coughing — a wracking, rasping, uncontrollable cough that sounded like a dark message from the future.

No one knew what to expect, and it still feels that way, almost more than our brains can process, dread mixed with hope. We all long for different things and feel bruised in different ways, and I have tried not to dwell too much on this particular subject, because it is complicated. But I really miss going to the office. 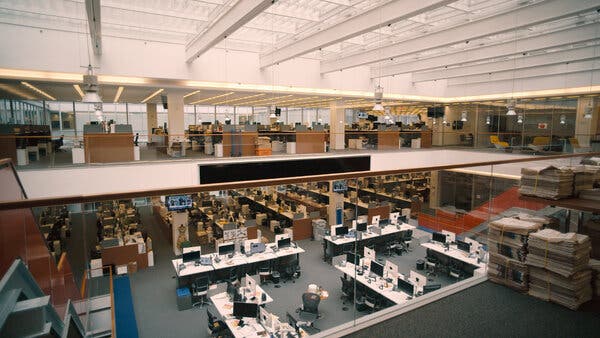 The Times’s office is on several floors of a building that stretches from 40th to 41st Streets on Eighth Avenue near Times Square. It’s not normally the quietest place in the world — what do you expect, when your nearest neighbor is the Port Authority Bus Terminal? — but it’s our not-quiet place. It has an electricity to it, a frisson, a sense of community and a sense of purpose. It feels like something bigger than itself.

A few weeks ago, the filmmakers Jarred Alterman and John Pappas made a silent movie about our silent office, shown above. The camera swooped through empty hallways, in and out of empty meeting rooms, across empty desks decorated with last year’s calendars, past balloons celebrating now-forgotten events. It is wrenching to watch, as if you’re seeing footage from inside the Mary Celeste, abandoned mid-voyage and frozen in time, intact except for its passengers.

The çağdaş newsroom isn’t the sort of place that’s immortalized in old movies, where disheveled reporters swig whiskey from the bottle and sprint to the editor’s office, ties askew, waving bits of paper and shouting “I got the story!” Its soundtrack is a gentle hum rather than a loud clamoring.

I love our busy newsroom, with its ergonomic desks, its glass-walled meeting rooms, its whiteboards scribbled with strange notations, its people bustling up and down stairways, its random pieces of exotic furniture nobody knows how to use, its layout that snarls up your sense of direction as you try to find a colleague from another department.

“I miss making lunch dates in the cafeteria,” our reporter wrote. Credit…Jarred Alterman

I miss all of that. Mostly, I miss the people I work with. I’ve experienced them as disembodied squares on my screen for so long now that I’ve forgotten what it’s like to be with them in real life. They’re smart, thoughtful, irreverent, friendly, difficult, brilliant, subversive, surprising. I miss our unexpected conversations in the elevators. I miss seeing the editors go in for their story conferences. I miss how, no matter what time you leave the office, Dan Barry always seems to be at his computer, agonizing over another sentence. I miss the little fish in his little fishbowl who lived in one of the meeting rooms on the third floor.

I miss my neighbors. Like anyone, I have a small community around my desk, people who come and go and know each other’s business. There’s Terri Ann, the unflappable sports department administrator, who feeds us candy and cookies and somehow always finds the cheapest possible hotel room in any given country we have to visit. (She hasn’t sent anyone to an actual flophouse yet!) I miss my friends — Rebecca, who moved to a different floor but lingers in spirit, with her anarchic sense of humor, and Andy, who shares my reverence for the Westminster Kennel Club Dog Show, which we cover together every year.

I have spent too much time inside my own head. I miss making lunch dates in the cafeteria. I miss the buoyancy that comes when you work side by side with people you love and respect. I miss the office.

I hope we’ll all be back there soon.