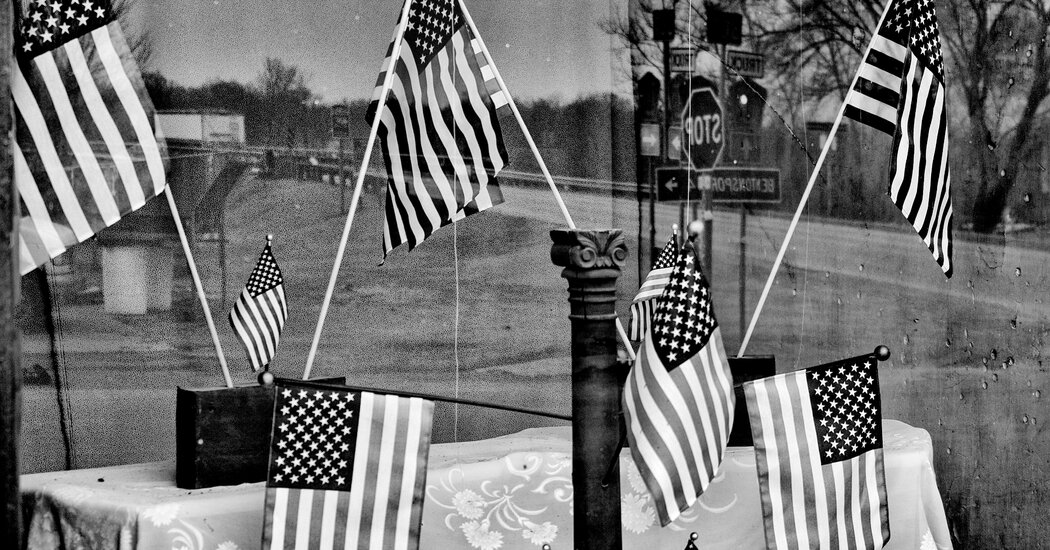 Last month, Gallup released the results of a survey showing that public support for a third party was at an all-time high: 62 percent, up from 40 percent when Gallup first started polling the issue in 2003. Only 33 percent of Americans feel the current parties “do an adequate job of representing the American people.”

To the extent that the results attracted any notice, it was mainly in the form of a knowing yawn. The reasons a third party probably can’t win an election in the U.S. are well known.

Among them: The electoral system, with its first-past-the-post voting and an Electoral College that magnifies mandates, is geared toward political duopoly. Just because people claim to want a third party doesn’t mean they want the same third party: Libertarian-leaning voters want a free-market party, environmentalists a green one, Trumpians a Trumpy one — but none wants the other in their imaginary third party.

To the extent that third parties have had any traction in the U.S., they have more often been built around regional support (Strom Thurmond in 1948, George Wallace in 1968) compelling personalities (Teddy Roosevelt in 1912, Ross Perot in 1992), or protest votes (John Anderson in 1980, Ralph Nader in 2000), than on national movements or coalitions.

And so on. But three things are different this time.

First, the Republican and Democratic brands are weak. Party decline is an old story. But in 2016 the Republican Party collapsed in the face of what amounted to a hostile takeover. Democrats are at less risk, helped by Joe Biden’s politically astute combination of leftist policies and a centrist tone. But the fact that the Senate majority leader is afraid of a second-term congresswoman from Queens also says something about the inner weakness of the Democratic Party establishment.

Second, the people who now seem most eager for a third party are at the political extreme. The striking, if unsurprising, finding of the Gallup survey is that Republican support for a third party jumped by 23 percentage points in the wake of Donald Trump’s defeat and his talk of forming a new party. The possibility of a full-blown G.O.P. split in 2024 is obvious.

Third, the neglected territory of American politics is no longer at the illiberal fringes. It’s at the liberal center. It’s the place most Americans still are, temperamentally and morally, and might yet return to if given the choice.

By “liberal,” I don’t mean big-state welfarism. I mean the tenets and spirit of liberal democracy. Respect for the outcome of elections, the rule of law, freedom of speech, and the principle (in courts of law and public opinion alike) of innocent until proven guilty. Respect for the free market, bracketed by sensible regulation and cushioned by social support. Deference to personal autonomy but skepticism of identity politics. A commitment to equality of opportunity, not “equity” in outcomes. A well-grounded faith in the benefits of immigration, free trade, new technology, new ideas, experiments in living. Fidelity to the ideals and shared interests of the free world in the face of dictators and demagogues.

All of this used to be the more-or-less common ground of American politics, inhabited by Ronald Reagan and the two Bushes as much as by Barack Obama and the two Clintons. The debates that used to divide the parties — the proper scope of government, the mechanics of trade — amounted to parochial quarrels within a shared liberal faith. That faith steadied America in the face of domestic and küresel challenges from the far right and far left alike.

The illiberalism of the right is typified by the likes of Stephen Miller on immigration, Steve Bannon on trade, Josh Hawley on elections and Marjorie Taylor Greene on every manner of lunatic and bigoted conspiracy theory. It is by far the most dangerous form of illiberalism today, because it has shown that it is capable of winning elections and, when it loses, subverting them.

But there’s also the illiberalism of the left, typified by the excesses of the MeToo movement that ruined people’s lives, the anti-Semitism among some of the leaders of the Women’s March, the “antiracism” pedagogy that casts people who disagree with its Manichaean worldview into supposed racists, and the cancellations of careers, book contracts, speeches and dissenting opinions at places like Slate and other presumptively liberal publications. Anyone on the left who hasn’t noticed the climate of fear that now grips liberal institutions needs to start paying closer attention.

The new illiberalism is frightening. It could also be productive. Everyone who has been bitten by it, left or right, is rediscovering how capacious the old liberal faith was, how trivial its internal differences really were, how much they might yet have in common — including common enemies — with people they evvel regarded as ideological opposites.

This is not a political party, yet. But it could be the seeds of a party. America needs a Liberal Party that represents what we used to be and what we desperately need to become again.