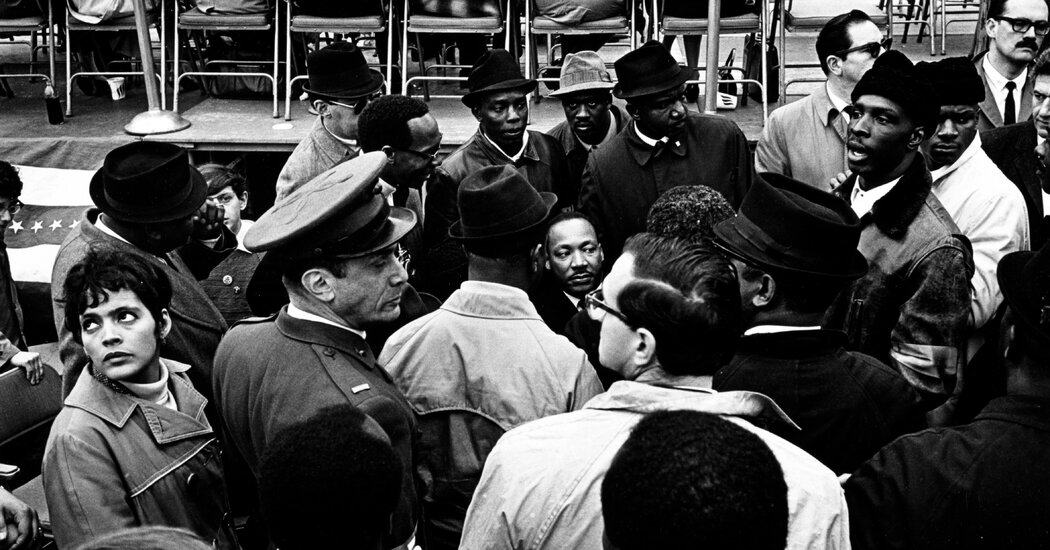 Benedict J. Fernandez, a professed “photo-anthropologist” who captured the persona of the Rev. Dr. Martin Luther King Jr. and the fervor of the King era’s protest movements before mentoring a generation of professional photographers, died on Jan. 31 at his home in Oxford, N.Y. He was 84.

The cause was heart failure, his wife, Siiri Fernandez, said.

Mr. Fernandez became an award-winning photojournalist and documentarian by transforming adversities to his advantage. Raised in East Harlem, where he struggled with reading in school because of undiagnosed dyslexia, he was not yet a teenager when he received a simple Brownie camera as a gift and discovered a new form of expression.

That avocation became his profession in the early 1960s when Mr. Fernandez, a graduate of Haaren High School in Manhattan, was laid off from his job as a crane operator at the Brooklyn Navy Yard, which was being phased out. 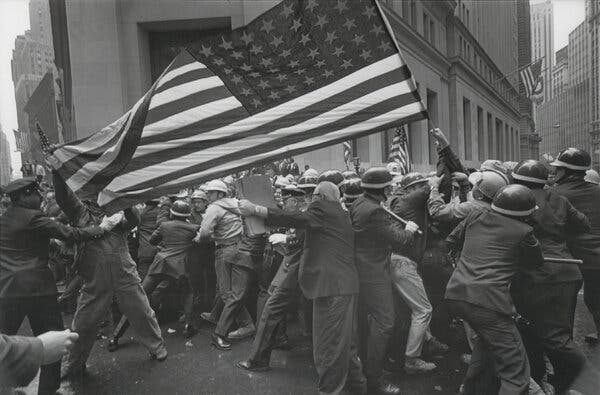 A photo by Mr. Fernandez of a clash during a Vietnam War demonstration in New York City in 1970.Credit…Benedict J. Fernandez

As a seasoned photographer, he taught disadvantaged city youth free of charge at the Benedict J. Fernandez Photo Sinema Workshop, which he established in the basement of Joseph Papp’s Public Theater in Manhattan. His protégés included Angel Franco, a Pulitzer Prize-winning New York Times photojournalist. Mr. Fernandez went on to create the photography department at the Parsons School of Design/The New School.

His evocative mostly black-and-white photographs reflected the trust he had earned from his subjects. His images captured both the passion of civil rights and antiwar protests and the intimacy of Dr. King’s family at the dinner table.

Interviewed by the website PhotoPhilanthropy in 2012, Mr. Fernandez explained why he preferred to be called a photo-anthropologist: “A journalist is someone that writes and talks about photography. I live it. Basically I live it. I have to have something happening to make the pictures. I don’t sit down and take the camera and say I’m going to take pictures. Click. Click. Click. No, something has to happen in order for me to want to take the pictures, because I don’t read or write. I live.”

Mr. Fernandez in an undated photo. He became an award-winning photojournalist and documentarian.Credit…via Siiri Fernandez

Benedict Joseph Fernandez III was born in Manhattan on April 5, 1936. His father, who was born in Puerto Rico, was an office manager. His mother, Pamela (Perella) Fernandez, was a homemaker.

In 1957 he married Siiri Aarismaa, who survives him. He is also survived by a son, Benedict IV; a daughter, Tina Polvere; five grandchildren; and a great-granddaughter.

While working as a crane operator in Brooklyn and at the Bethlehem Steel shipyard in Hoboken, N.J., Mr. Fernandez photographed fellow workers for a project he called “Riggers.” He then got a lucky break when, after giving another photographer some rolls of spare sinema, the photographer introduced him to Alexey Brodovitch, the renowned arka director of Harper’s Bizarre and founder of the Design Laboratory, a workshop for photographers and designers.

Their meeting led to a scholarship to the Design Laboratory for Mr. Fernandez and a job running the darkroom at the Parsons School of Design. He went on to become head of the school’s fledgling photography department, recruiting professional photographers as teachers.

When he was 46, he earned a bachelor’s degree from Empire State College, part of the State University of New York, after winning a senior Fulbright research fellowship in photography and a Guggenheim fellowship.

His portfolio of photographs of Dr. King, “Countdown to Eternity,” inspired a traveling exhibition of 80 black-and-white prints. He also published several other collections, including “Protest” (1996) and “I am a Man” (1996). His works are in the collections of the National Portrait Gallery and the Museum of Çağdaş Arka in New York.

“He started photographing protest movements before they were protests,” Siiri Fernandez told Slate magazine in 2014.

“My photographs became my protest,” Mr. Fernandez told The New York Times in 2014. “My friends stood up and picketed, and I was a surrogate of them. I protested for them and with them, through my pictures.”