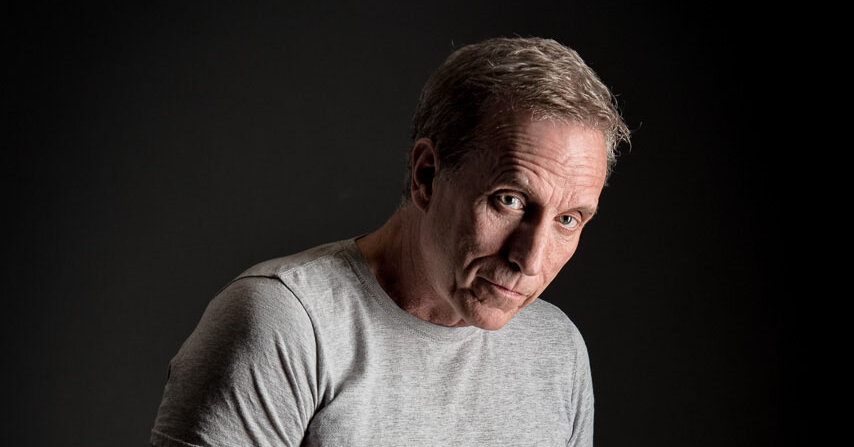 Bill C. Davis, whose play “Mass Appeal” was a hit both off and on Broadway in the early 1980s and has been performed countless times since, died on Feb. 26 in Torrington, Conn. He was 69.

His sister, Patricia Marks, said the cause was complications of Covid-19.

Mr. Davis was virtually unknown in theater circles and still in his 20s when he wrote “Mass Appeal,” a two-character comic drama in which a middle-aged Roman Catholic priest finds his complacency challenged by an outspoken young seminarian. A friend — a priest, in fact — sent the play to the actress Geraldine Fitzgerald, who in turn brought it to Lynne Meadow, the artistic director of the Manhattan Theater Club.

“I put it down and I had this feeling of lucidity,” she said. “It was crystal clear what he was trying to talk about.”

The play, directed by Ms. Fitzgerald, opened at Manhattan Theater Club in spring 1980 to rave reviews. “There are few more invigorating theatrical experiences than hearing the voice of a gifted writer for the first time,” Frank Rich’s review in The New York Times began.

“Though ‘Mass Appeal’ starts out as a debate between two men on the opposite sides of a generational-theological gap,” Mr. Rich wrote, “it quickly deepens into a wise, moving and very funny comedy about the nature of friendship, courage and all kinds of love.”

The play, starring Milo O’Shea as the older man and Eric Roberts as the younger one, enjoyed an extended run at Ms. Meadow’s theater before moving to Broadway, where Michael O’Keefe replaced Mr. Roberts. It ran for 212 performances at the Booth Theater, earning Tony Award nominations for Ms. Fitzgerald and Mr. O’Shea.

Mr. Davis adapted the play for a 1984 sinema version that starred Jack Lemmon as the priest and Zeljko Ivanek as the younger man.

Mr. Davis’s subsequent plays were performed Off Broadway and in regional theaters (one, “Dancing in the End Zone,” about the tribulations of a college football star, had a brief Broadway run in 1985), but none approached the success of “Mass Appeal,” which was beloved by both audiences and actors. A 1982 production in Colorado starred Charles Durning and John Travolta.

For Ms. Meadow, “Mass Appeal” led to an enduring friendship with Mr. Davis.

“He was a person who loved the theater and loved ideas,” she said. “He was innocent and wise at the same time.”

William Clarke Davis was born on Aug. 24, 1951, in Ellenville, N.Y., west of Poughkeepsie, to Warren and Terry Davis. His father owned a clothing store and later became a teacher, and his mother worked at Vassar College in Poughkeepsie and at a boarding school.

He started writing as a sort of defense mechanism.

“In my family’s house, talking was very difficult,” Mr. Davis told The Times in 1984. “For someone like myself, who really wanted to communicate, it was harrowing. So I would have these dialogues inside myself that I could put down on paper, and then I could see it and it somehow helped to resolve things.” 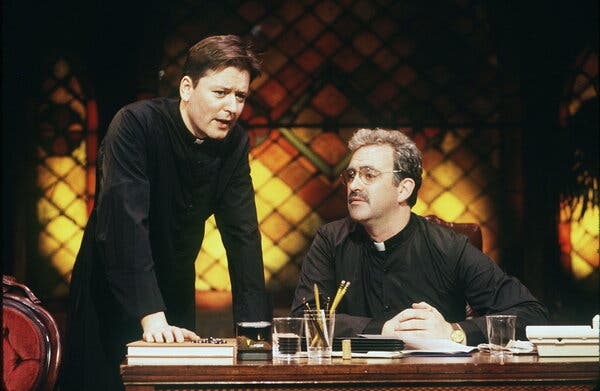 “Mass Appeal” has been staged countless times over the last 40 years. Paul McGrane, left, and Tony Coleman starred in a 1997 production by the Irish Repertory Theater in New York.Credit…Carol Rosegg/’Mass Appeal’

Mr. Davis attended Our Lady of Lourdes, a Roman Catholic high school in Poughkeepsie, and then graduated from Marist College, an institution, also in Poughkeepsie, founded by the Marist Brothers, the Catholic order. So he was well versed in matters of religion, addressing the Catholic Church’s issues directly not only in “Mass Appeal” but also in “Avow,” in which a gay couple asks a priest to marry them. That play had its world premiere at the George Street Playhouse in New Brunswick, N.J., in 1996.

Also informing his playwriting, Mr. Davis often said, was the time he spent as a young man working at a residential center for emotionally disturbed and intellectually disabled adults in Rhinebeck, N.Y. That, he told The Times, is where he “began to understand human nature” through his interactions with the residents.

“They had no guile,” he said. “If somebody said something to hurt them, they’d punch themselves. They’d hurt themselves because of what somebody else did to them. I learned about self-destruction and the life force there — battling it out, all the time.”

He incorporated those experiences directly into “Off Key,” a musical whose characters included residents of a home for the developmentally disabled. His collaborator on “Off Key,” which had its premiere at George Street in 1995, was Richard Adler, a musical theater veteran known for “The Pajama Game” and “Damn Yankees.”

In addition to his sister, Mr. Davis, who lived in Torrington, is survived by a brother, Warren.

Mr. Davis occasionally stepped into the role of the younger man in “Mass Appeal,” as he did for several performances in the pre-Broadway tryout in Boston when Mr. Roberts and his understudy were both unavailable. Later he played the role opposite Mr. Durning in a production in Florida.

His confidence must have grown since the initial table read of the play with Ms. Meadows, who recalled sitting beside him while Mr. O’Shea and Mr. Roberts delivered his words, at that point just typed out on loose-leaf pages.

“He was very nervous,” Ms. Meadow recalled, especially as he watched Mr. O’Shea casually toss a page on the floor after finishing it. “There was his play, his precious play, being thrown on the ground!”