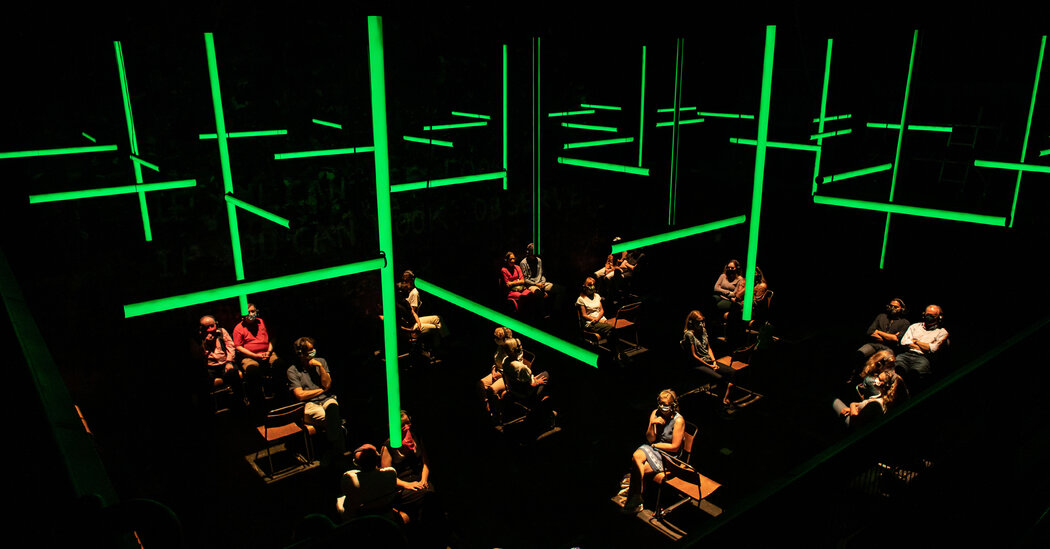 An immersive audio adaptation of José Saramago’s dystopian novel “Blindness” will be among the first productions to open in New York City since the coronavirus pandemic shuttered theaters a year ago.

The producer Daryl Roth said she would present the show, which was created by the Donmar Warehouse in London and was a critical and popular success there, at her namesake Off Broadway theater, the Daryl Roth, for an open-ended run beginning April 2.

The 75-minute show does not involve live actors, which considerably reduces the complexity of producing it during the pandemic; the audience listens, via sanitized headphones, to a story narrated by the British actor Juliet Stevenson.

The play was written by Simon Stephens, a Tony Award winner for his stage adaptation of “The Curious Incident of the Dog in the Night-Time,” and directed by Walter Meierjohann. (Stephens is currently up for a Tony as the writer of the first of the monologues that comprise “Sea Wall/A Life.”)

Roth said she would allow just 50 people to attend each performance, in a Union Square venue that has held up to 400. Patrons will be required to wear masks and to have their temperatures taken upon arrival.

The production is among the first announced since Gov. Andrew M. Cuomo said last week that he would allow indoor arts and entertainment to resume April 2 at 33 percent capacity, with a limit of 100 people. If the “Blindness” productions sell out, the theater will be at just 12.5 percent capacity; Roth said tickets will be sold in blocks of two, and each pair of seats will be six feet from the others.

Roth had hoped to bring “Blindness” to her theater last fall, but the worsening pandemic prevented that; productions scheduled for Washington and Toronto were shelved for the same reason. Now the Donmar is trying evvel again to present the show around the world; a production in Mexico City, narrated by Marina de Tavira (“Roma”), is scheduled to begin performances on Friday at Teatro de los Insurgentes.