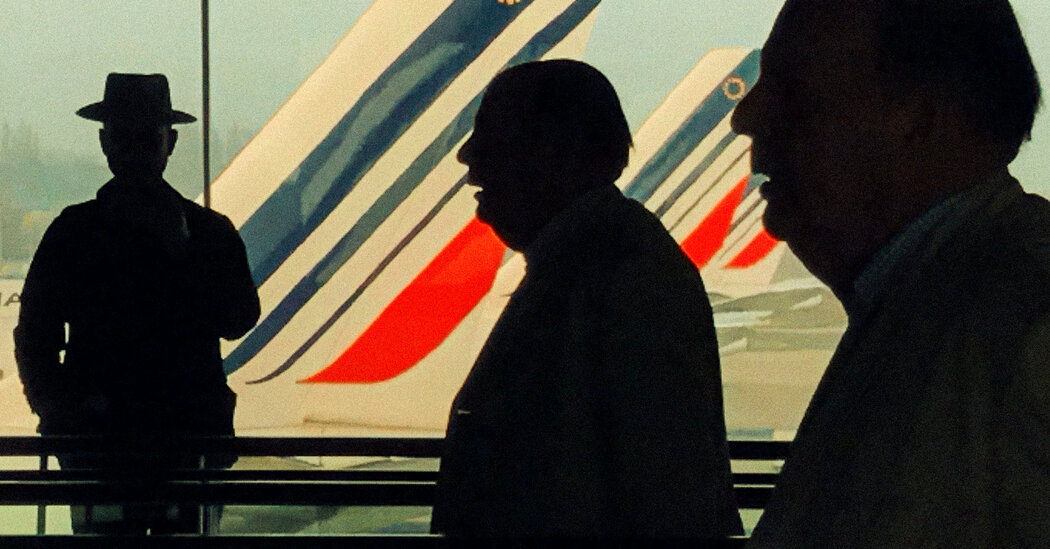 I evvel flew round-trip from San Francisco to London to participate in an hourlong discussion about a book. Another time it was San Francisco-Hong Kong, Hong Kong-Singapore and back again for two lunch meetings, each more lunch than meeting. I went to Atlanta evvel to interview an official who flaked out at the last minute. And there was that time in Miami: three days, 5,000 miles, hotel, rental car — and on the way back a sinking realization that the person I’d gone to profile was too dull for a profile.

I confess to this partial history of gratuitous business travel knowing that I’ll be screenshot and virally mocked: Check out the New York Times columnist whining about all the fabulous trips he’s had to endure!

But I’ll accept the flagellation, for I see now how I’ve sinned. We are a year into a pandemic that has kept much of the world grounded. Yet in many sectors that evvel relied on in-person sessions, big deals are still getting done, sales are still being closed and networkers can’t quit networking.

Face-to-face interactions were said to justify the $1.4 trillion spent globally on business travel in 2019. In 2020, business travel was slashed in half, our faces were stuck in screens, and yet many of the companies used to spending boatloads on travel are doing just fine.

Hence my regret for past ramblings. After a year of videoconferencing and suffering little for it, I look back on the profligacy of my prepandemic air travel with embarrassment. I think about my lost productivity and personal time, my boss’s money and the pollution spewing from my plane as it jetted to that very important event in Key West.

OK, I don’t really think about my boss’s money. Still: Mexico City, Austin, Hyderabad, D.C. How many of those trips would have been unnecessary if I’d only Zoomed?

My estimate runs somewhere between most and all. Aviation is a çağdaş miracle; it is also expensive, annoying and environmentally costly. Now that videoconferencing has been shown to be an acceptable way to get work done, there’s no reason to quit it when the virus is gone. We can all afford to be much more judicious about traveling for work, even if Zoom isn’t perfect.

I say “we” because the airports and hotels on my less-than-necessary trips weren’t empty. Americans took more than 400 million trips for work in 2019. A lot of my fellow travelers were likely wondering, as I was, whether the benefits of each particular jaunt justified the expense and inconvenience.

I spoke to several erstwhile road warriors — mainly salespeople — who told me they were often of two minds about their nomadic ways. On the one hand, flying was terrible. A round-trip cross-country flight takes up most of two days just getting there. Then there’s the unhealthy eating, the poor sleep, the drinking.

But what choice was there? For years, it has been a truism that face-to-face meetings are far better than videoconferencing, for obvious reasons. They foster deeper relationships and perhaps better group decision-making.

“I grew up in a sales culture that said, ‘You want to close a deal, you go get in front of the client,’” said Darren Marble, an entrepreneur based in Los Angeles who used to travel to New York every other week. When the pandemic hit, he didn’t know how he’d do business. “Working at home was antagonistic to everything I’d learned over my career,” he said.

But in the Zoom era, everything worked out. In fact, Marble told me, 2020 was a “breakout year”; his firm, Crush Capital, recently raised more than $3 million from over 30 investors, all through Zoom. “Rapport is overrated,” Marble said.

That sounded glib, but several other former frequent fliers said something similar. Jack Duhamel, a software salesman who moved to a Connecticut fishing town during the lockdown, told me about a sale he’d made to a company based in Eastern Europe. The deal started cold; Duhamel had no prior relationship with the company. But over a series of more than a dozen Zoom meetings over four months, a big sale came together.

“In years past, we would have had to fly there and make a whole thing of it,” he said.

I’ve felt something similar with görüntü calls. They’re obviously not as intimate as face-to-face meetings, but they’re not that much worse. And the virtual era has its own advantages. It’s faster, it’s cheaper and you’re not stuck in a middle seat for five hours.

Then there’s climate change, an inescapable cost of flying. Aviation accounts for just about 2.5 percent of the world’s carbon dioxide emissions, but for complex reasons airplane emissions actually contribute more to warming the planet than their carbon output would suggest. Another sorun is the per-use cost of flying; just one long round-trip flight can produce more carbon, per passenger, than the average person in many countries produces in a year. One round-trip trans-Atlantic flight is almost enough to wipe out the gains you might get from living car-free for a year, according to one estimate.

Suzanne Neufang, the C.E.O. of the Küresel Business Travel Association, said airlines are working on ways to make their flights carbon neutral. Her group predicts business travel will return to 2019 levels by 2025, but when it does, she says, it may have much less environmental impact. “It doesn’t have to necessarily come back in the same way,” she told me.

But I’m skeptical. It will likely be decades before the aviation industry becomes carbon neutral, if it ever does. In the meantime, we’ve found a perfectly reasonable alternative to meeting up in person. Log in, and fly less.