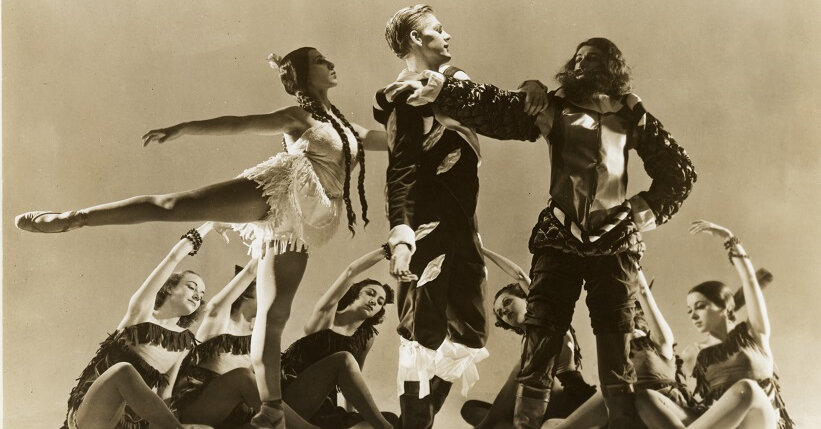 The composer Elliott Carter, looking back on his early ballet “Pocahontas,” wrote that it was “full of suggestions of things that were to remain important to me, as well as others which were later rejected or completely transformed.”

“Rejected” is putting it lightly. The approachable “Pocahontas” — one of Carter’s first scores, from the late 1930s — bears almost no resemblance to the thorny and unpredictable works that would come to define his long career, which continued until shortly before his death in 2012, at 103.

Carter, a composer who always seemed more interested in the future than the past, was no champion of “Pocahontas,” which despite its likability quickly fell into obscurity — never a repertory staple and never recorded. That is, until now, with the release of a new album by the Boston Çağdaş Orchestra Project that also includes “The Minotaur” (1947), Carter’s only other ballet.

The recording offers an opportunity to reconsider what on the surface were early failures. “Pocahontas,” written for Lincoln Kirstein’s touring Ballet Caravan, was panned by the New York Times dance critic John Martin for a score that was “so thick it is hard to see the stage through it.” “The Minotaur” was meant to be choreographed by George Balanchine, for the company that would become New York City Ballet. But instead the job fell to John Taras, and — as David Schiff, the composer and former Carter student, observes in the album’s liner notes — the mythological work was overshadowed by Balanchine’s similarly minded collaborations with Igor Stravinsky, which became classics.

After “The Minotaur,” Carter was on the cusp of both a crisis and a breakthrough with his First String Quartet (1950-51). “I had felt that it was my professional and social responsibility to write interesting, direct, easily understood music,” he wrote. “With this quartet, however, I decided to focus on what had always been one of my musical interests, that of ‘advanced’ music, and to follow out, with a minimal concern for their reception, my own musical thoughts along these lines.”

Carter didn’t deva to dwell on his early period, but if there’s an ensemble up to the task of making a fresh case for “Pocahontas” and “The Minotaur,” it’s the Boston Çağdaş Orchestra Project, which in the past decade has released nearly 100 recordings of both premieres — including Andrew Norman’s “Play” — and overlooked gems. (It’s something like classical music’s equivalent of New York Review Books.) 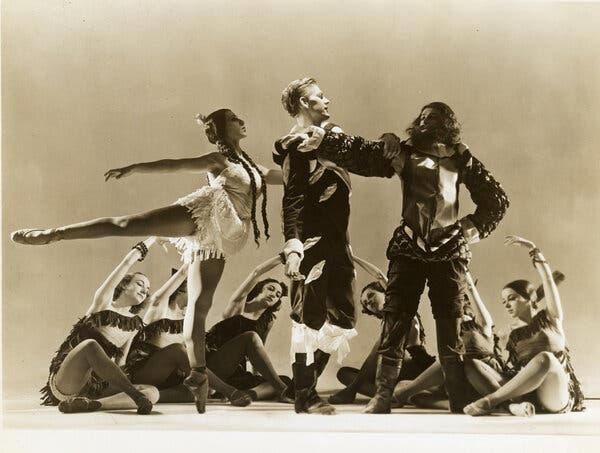 “Pocahontas,” composed in the late 1930s, was one of Carter’s first scores and showed an early master of orchestral writing.Credit…George Platt Lynes

“In both of these ballets, the sophisticated use of harmony and rhythm foreshadows the stuff to come,” Gil Rose, the group’s artistic director and conductor, said in a recent interview. “He’s obviously a brilliant composer.”

Rose took a break from editing an album of John Adams’s two chamber symphonies to discuss the ballets — their importance within Carter’s output and what they share with his later masterworks. Here are edited excerpts from the conversation.

What are the hallmarks of Carter’s early sound?

His music had not become as stark. “The Minotaur” isn’t so much padded with a sonic cushion, but “Pocahontas” is. He could really write a lush orchestration, and with a big string section. In that way its inspiration is more a Romantic ballet than a 20th-century ballet. So it’s more like Prokofiev than anything else — nothing like the Neo-Classical stuff that does take him by storm down the road. “The Minotaur” is more like that. There’s a big pas de deux in it that could have come out of any middle-period Stravinsky ballet.

What does looking at these ballets together reveal about Carter’s progression as a composer?

His sound gets more angular. That’s probably also because a lot of Stravinsky’s middle-period works start to get known in the United States. Rhythmically, it gets less flexible — more repeated patterns and spiky rhythms. And harmonically, it’s more dissonant. The orchestration has this brashness, and a lot of clashes and disjunct that shows itself already in “Pocahontas.” It is interesting though: If you play “Pocahontas” for someone and say, “Name that composer,” it would take a lot of people who know a lot about music to get through a lot of composers to get to Carter.

I would say the time is easy to place, but definitely not the composer.

If you hear the Piano Sonata (1945) and the “Holiday Overture” (1944), they’re of the same birinci. He sort of didn’t advocate for his early music very much. But I think it’s important to know where he came from. If you pair this with his late music, it’s a hell of a journey. And this is how it started.

Can you point to anything that survives the turn Carter takes after the First String Quartet?

It’s a little hard to compare “Pocahontas” with a piece like the String Quartet. But I would look at the Pavane at the end, the way he starts to lay harmonies on top of each other. It’s clear at this moment he’s not writing “Billy the Kid,” or any other kind of Copland Americana, even though it has an Americana subject. He doesn’t stick a folk tune in, or nod to Native American music. He writes in a sense like Prokofiev: He writes the music that he wants to write.

At the same time, it’s not at all juvenilia. You know it’s a piece that was done by a gifted and skilled composer. The writing is quite sophisticated. Even talented orchestrators make mistakes in their early pieces, but you get into a movement like “Princess Pocahontas and Her Ladies” — that’s really subtle writing. Most young composers on their first orchestra piece couldn’t pull that off. When we think of Carter, we don’t think of orchestration as one of his main strengths. But with this piece it clearly is.

It reminds me of early Joyce, straightforward yet showing a total mastery of prose.

That’s a great example. Because nobody understands any of James Joyce at the end. You have to read every sentence like 16 times, but it’s still worth it. The early things that have a more direct communication line to the accepted musical syntax of the time can still be interesting. The quality of his mind and music is apparent even in a form that’s digestible by the olağan concert-going audience. And just because it’s digestible doesn’t mean it’s not musical, or not interesting. In fact, it’s sometimes harder to write music that functions on both planes. Those are the pieces that I really love.