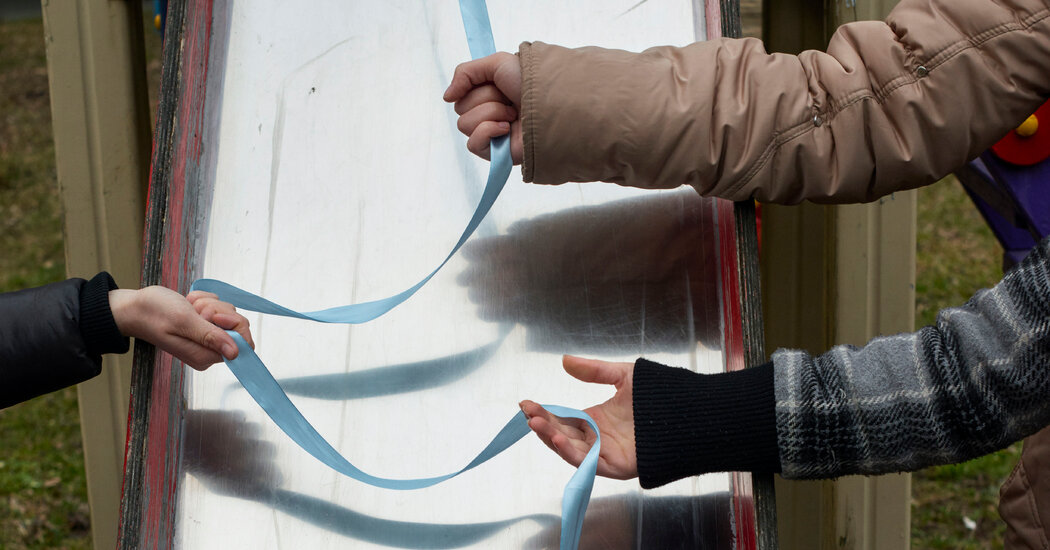 The era of “the era of big government is over” is over.

The relief bill President Biden just signed is breathtaking in its scope. Yet conservative opposition was remarkably limp. While not a single Republican voted for the legislation, the rhetorical onslaught from right-wing politicians and media was notably low energy, perhaps because the Biden plan is incredibly popular. Even as Democrats moved to disburse $1.9 trillion in government aid, their opponents mainly seemed to be talking about Dr. Seuss and Mr. Potato Head.

What makes this lack of energy especially striking is that the American Rescue Plan doesn’t just spend a lot of money. It also embodies some big changes in the philosophy of public policy, a turn away from the conservative ideology that has dominated U.S. politics for four decades.

In particular, there is a sense — a strictly limited sense, as I’ll explain, but real nonetheless — in which the legislation, in addition to reviving the notion of government as the solution, not the sorun, also ends the “end of welfare as we know it.”

Evvel upon a time there was a program called Aid to Families With Dependent Children — the program people usually had in mind when they talked about “welfare.” It was originally intended to support white widows while they raised their children, and it was effectively denied to both Black and unwed mothers. Over time, however, these restrictions were eroded, and the program rapidly expanded from the early 1960s to the early 1970s.

The program also became hugely unpopular. In part, of course, this reflected the race of many beneficiaries. But many commentators also blamed A.F.D.C. for creating a culture of dependency that was in turn responsible for the growing social ills of inner cities, although later scholarship, notably the work of William Julius Wilson, suggested that the real cause of these ills was the disappearance of urban jobs. (The social problems that have followed economic decline in much of the American heartland seem to confirm Wilson’s thesis.)

In any case, in 1996 Bill Clinton enacted reforms that both drastically reduced aid to the poor and imposed draconian work requirements, even on single mothers. Welfare as we knew it really did end.

But the American Rescue Plan Act, closely following proposals from Senator Michael Bennet, reinstates significant aid for children. Moreover, unlike most of the act’s provisions, this change (like enhanced Obamacare subsidies) is intended to outlast the current crisis; Democrats hope and expect that substantial payments to families with children will become a permanent part of the American scene.

So is “welfare” back? Not really.

A.F.D.C. was intended to provide mothers with enough to get by — barely — while raising their children. In 1970 three-person families on A.F.D.C. received, on average, $194 a month. Adjusting for inflation, that’s the equivalent of around $15,000 a year today, compared with the $6,000 a family with two children over age 6 ($7,200 if they’re under 6) will receive under the new plan.

Alternatively, it may be more informative to compare “welfare” payments with the incomes of typical families. In 1970, an A.F.D.C. family of three received about 25 percent of median income for three-person families — hardly a generous allowance, but maybe, just, enough to live on. The new legislation will give a single parent of two children less than 7 percent of median income.

On the other hand, the new program will be far less intrusive than A.F.D.C., which constantly required that parents prove their need; there were even cases where aid was cut off because a caseworker discovered an able-bodied man in the house, claiming that he could and should be supporting the children. The new aid will be unconditional for families earning less than $75,000 a year.

So no, this isn’t a return to welfare as we knew it; nobody will be able to live on child support. But it will sharply reduce child poverty. And it also, as I said, represents a philosophical break with the past few decades, and in particular with the obsessive fear that poor people might take advantage of government aid by choosing not to work.

True, some on the right are still flogging that horse. The ever-shrinking Marco Rubio denounced plans for a child tax credit as “welfare assistance.” Wonks at the American Enterprise Institute warned that some unmarried mothers might somewhat reduce working hours, although their estimate looks pretty small — and since when is working a bit less to spend time with your kids an unadulterated evil?

In any case, these traditional attacks, which used to terrify Democrats, no longer seem to be resonating. Clearly, something has changed in American politics.

To be honest, I’m not mühlet what provoked this change. Many expected major change under President Barack Obama, elected in the wake of a financial crisis that should have discredited free-market orthodoxy. But although he achieved a lot — especially Obamacare! — there wasn’t a big paradigm shift.

But now that shift seems to have arrived. And millions of American children will benefit.