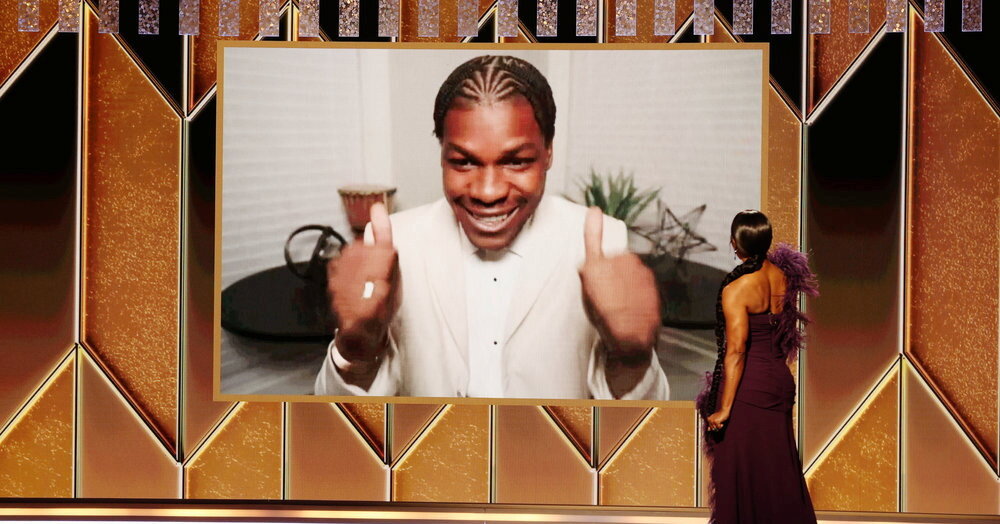 LONDON — Where would this year’s Golden Globes be without the English stage? Greatly diminished. As the winners John Boyega and Daniel Kaluuya (who took home trophies for best supporting actor in a television and movie role, respectively) and nominees like Olivia Colman and Carey Mulligan evidence, a pipeline of talent runs directly from London theater to onscreen renown at the highest levels in Hollywood.

Many of the other British winners at Sunday night’s ceremony also got their training onstage. Although we may now know Emma Corrin as the latest person bold enough to embody Princess Diana, Sunday night’s 25-year-old winner for actress in a drama series accrued plenty of dramatic credits while studying at Cambridge. Her “Crown” co-star and fellow winner Josh O’Connor graduated from the Bristol Old Vic Theater School before shifting his attention to the screen. He was expecting to make a high-profile return to the London stage last year in a National Theater production of “Romeo and Juliet.” Because of the pandemic, the production has been reimagined for the screen with a notably starry supporting cast, and will be airing in Britain and the United States next month.

Michaela Coel’s absence may have commandeered attention at this year’s Globes after her HBO show “I May Destroy You” was snubbed by the Hollywood Foreign Press Association, but keen-eyed London playgoers will have spotted this graduate of Guildhall School at the National Theater’s now-defunct Shed theater, first in the all-female ensemble of “Blurred Lines” and then in her self-penned monologue, “Chewing Gum Dreams,” a project she began while still a student. That title was shortened and the work’s concept expanded to create “Chewing Gum,” Coel’s first TV show. Her fiery talent, first seen in embryo by London theater audiences, has now found the larger audience it deserves.

On occasion, a small play itself becomes a celluloid sensation. There’s no other way to describe the leap made by “Fleabag,” which premiered at the Edinburgh Şenlik Fringe in 2013 and which I caught within the intimate confines of the Soho Theater in London the following year. Before long, its creator and star, Phoebe Waller-Bridge, had found a new and welcoming home for her sexually unbridled Londoner on television.

An astonishing success story followed, and when Waller-Bridge returned with her character to a mainstream West End perch in 2019, there were House Full signs from its first performance onward. Before long the show’s second season had also won six Emmys, as well as a best actress Golden Globe for its creator. As a sign of quite how high her Tinseltown star has risen, Waller-Bridge was brought on with much fanfare to work on the script of the upcoming Bond sinema “No Time to Die.” 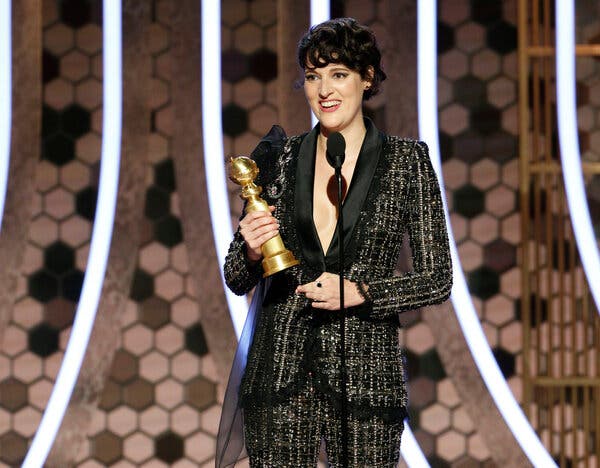 Phoebe Waller-Bridge received a Golden Globe award in 2020 for her work on “Fleabag.”Credit…Paul Drinkwater/NBC, via Associated Press

Indeed, scratch most British TV and sinema names and you’ll find a theater-trained talent, most of whom are happy to return to the stage and regularly do: Ralph Fiennes, a movie star by anyone’s definition, was quick to brave the London stage last year during the brief mid-pandemic window when theaters here were open. His chosen vehicle was David Hare’s solo play, “Beat the Devil,” appearing as the playwright himself.

Fiennes graduated, as have many well-known actors here, from the prestigious Royal Academy of Dramatic Arka. The widely shared belief, at least in Britain, is that some sort of stage training sets you up for a profession that demands versatility and flexibility (not to mention technique), all of which are surely useful onscreen as well as onstage. Nor can one deny that theater training here has long seemed like a rite of passage, conferring legitimacy on those who submit to the rigors of the stage.

Not everyone follows this path: I’ve yet to see yet another of Sunday’s Globe recipients, Sacha Baron Cohen, on a London stage, though that prospect is hugely enticing, and such actors as Hugh Grant and Kate Winslet seem to have leapt to onscreen stardom without paying this country’s seemingly obligatory dues onstage. (Winslet has done theater in the regions but not in London.)

Part of the fun of being a theater critic here is charting an actor’s journey from local favorite to küresel star. This trajectory sometimes happens later in life: Ian McKellen and Judi Dench were known to London theater devotees well before their screen work in such franchises as “The Lord of the Rings,” “X-Men” and the Bond films gained them worldwide attention.

Years before Daniel Kaluuya starred in “Judas and the Black Messiah,” he was onstage at the Royal Court Theater.Credit…Glen Wilson/Warner Bros., via Associated Press

But such is the accelerated nature of fame nowadays that English theater actors often get catapulted to Hollywood in their 20s and 30s. Kaluuya was onstage at the Royal Court here in Roy Williams’s pugilistic drama “Sucker Punch” in 2010; since then, Kaluuya has received an Oscar nomination for “Get Out” and would seem a likely candidate for a second nomination this year on the back of his recent Globe win for playing the Black Panther leader Fred Hampton in “Judas and the Black Messiah.” And though Boyega had already been seen in “Star Wars: The Force Awakens” by that point, his 2017 appearance on the Old Vic stage as the rattled soldier at the stricken heart of Georg Büchner’s classic drama “Woyzeck” reminded audiences that this alumnus of south London’s Theater Peckham had in no way forgotten his roots.

It makes me smile to think back on certain productions and what has happened to the actors since. Who at the 2004 London premiere of Edward Albee’s harrowing “The Goat, or Who is Sylvia?” would have guessed that an emotionally vibrant young actor in the cast named Eddie Redmayne would scoop up Golden Globe and Oscar trophies just over a decade later for playing Stephen Hawking in “The Theory of Everything”? And Colman seems to get nominations (and sometimes trophies) for pretty much everything she stars in these days — “The Night Manager” and “The Favourite,” through to “The Crown” and her current screen turn as Anthony Hopkins’s daughter in “The Father” — but it was only in 2012 that both she and Waller-Bridge had supporting roles in a fizzy West End revival of “Hay Fever,” Noël Coward’s comedy.

Might the pandemic imperil this stage-screen symbiosis? Not for too long, especially if theater here is reignited from May onward, as is the hope. It will help, too, if talents of the magnitude of Fiennes are brought swiftly into view.

It’s not just English TV and sinema actors who connect umbilically to this country’s theater, but offscreen talent, too. The writer Peter Morgan had a big West End and Broadway hit with “The Audience,” his play about Queen Elizabeth II’s weekly meetings with the prime minister, before finding colossal success with Netflix’s “The Crown” (though, to be fair, he had embraced the royal family some years before “The Audience” in the 2006 movie “The Queen”). Emerald Fennell, a Globe nominee for directing Mulligan’s star turn in “Promising Young Woman,” will be represented on the West End before long as book writer of the new Andrew Lloyd Webber musical, “Cinderella.” Those ventures might seem like entirely separate worlds, but the adaptability of English talent would suggest not.

For now, I would advise keeping an eye on the entire cast when we are allowed back into a playhouse. You never know where standout theater talent may turn up next, but Londoners can at least exult in the gratification that comes from having seen them live and first.