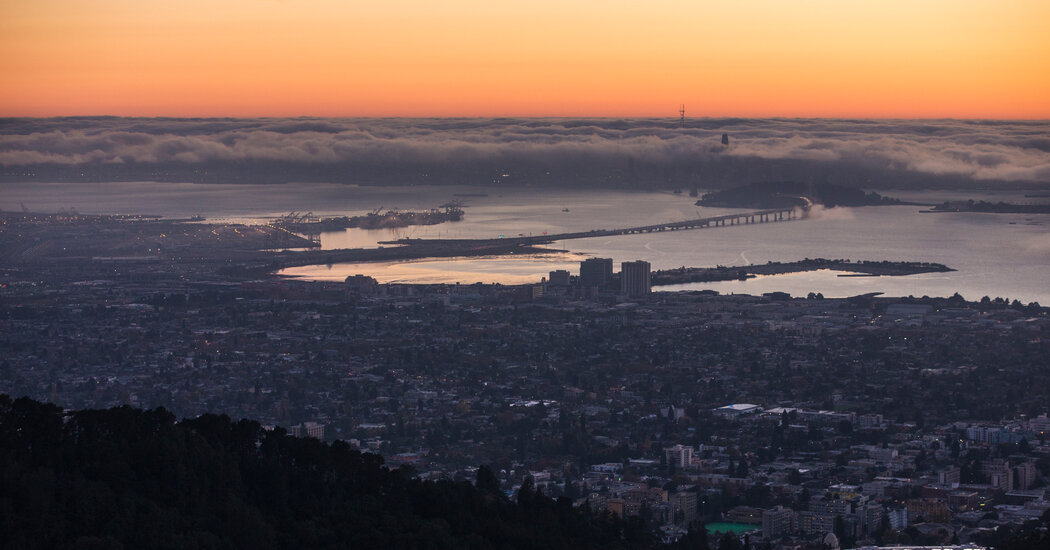 A century ago, the civic leaders of Berkeley, Calif., pioneered what would become one of America’s most enduring systems of racial inequity — a soft apartheid of zoning.

In 1916, the city that is now a byword for progressivism became one of the first in the country to set aside large tracts of its land for single-family homes. Berkeley’s purpose was openly racist; as a real estate magazine of the era explained, excluding apartments and other densely populated residences was part of an effort to protect the wealthy white residents of Berkeley from an “invasion of Negroes and Asiatics.”

In the decades that followed, Berkeley’s restrictive zoning would be adopted by cities across California and the nation. Combined with other forms of discrimination in real estate — including “redlining,” which restricted access to loans for homes in nonwhite areas, another practice that shaped Berkeley’s growth — zoning limits cemented racism into America’s urban landscape.

Last week, Berkeley finally took a step in a new direction. The City Council adopted a measure that acknowledges the racist history of single-family zoning and begins a process to eliminate the restriction by 2022. It is a very baby step: Berkeley’s measure is mainly symbolic, putting off for the future the tough business of actually rezoning the city.

Still, as I watched a parade of Berkeley residents call in to denounce restrictionist zoning during last week’s livestreamed City Council meeting, I experienced a sensation I don’t think I’ve ever felt while contemplating housing in California — the giddy thrill of optimism.

It wasn’t long ago that Berkeley could be counted on to to reflexively oppose even the most moderate plans for building more housing. California’s wealthy liberals often fail to practice the sort of inclusion they loudly preach. Last year, as in the year before and the year before that, high-profile bills to legalize the construction of more duplexes and apartments died in the State Legislature, which, like the rest of California’s politics, is dominated by Democrats.

But something new is happening in California. After a year of plague and fire, in which the precarious unsustainability of life here grew unmistakable, there is an emerging political urgency about addressing our biggest problems, especially the housing and homelessness crisis. The stalemate among developers, NIMBYs, tenants’ groups and captured politicians that has forever stymied California’s urban politics might be abating; in its place, a pragmatic, humane and rational view toward housing, homelessness, inequality and other pressing urban problems may be dawning.

As in Berkeley, a lot of the evidence for this new dynamic is in small, incremental measures; you might have to squint to see any real progress yet. The City Council in Sacramento voted to end single-family-only zoning, and San Jose and South San Francisco are considering it. (California lags behind other places in the nation — Minneapolis voted to end single-family restrictions in 2018, and the state of Oregon effectively did so in 2019.) In Palo Alto, the Silicon Valley bastion of rich lefty exclusion, the City Council voted last year to open Foothills Park — a secluded paradise long accessible only to Palo Alto residents — to everyone.

There has also been some promising progress on homelessness. Project Homekey, a state program to provide emergency housing during the pandemic, showed how much can be done on the issue when there is political will. By streamlining approvals and funding processes to use up federal coronavirus relief funds by the end of 2020, state and county officials were able to purchase 6,000 new housing units that homeless people could immediately make their home, far more than many thought possible. (Gov. Gavin Newsom is pushing to continue funding the program beyond the pandemic.)

These successes won’t fix California’s housing crisis overnight, but they reveal a new political reality, reflecting a yearslong uprising against NIMBYs who evvel dominated many California cities. Shouting “No!” to all new building is no longer the safest political choice.

In Berkeley, for instance, the council’s new openness to density is the consequence of a defeat in the November election of an incumbent who had been more skeptical of new housing. Terry Taplin, a 32-year-old poet and community organizer, won Berkeley’s District 2 City Council seat by promising to focus on sustainable development and transportation options — more housing, denser housing, more options for walking and biking in place of cars, and a view of development that attempts to redress historical racial inequities.

“If Berkeley was the leader in exclusionary zoning and racist housing policies, we should also lead the nation in the redressal of those policies,” Taplin told me. He outlined a full slate of reforms for housing in the city — a plan to facilitate affordable housing across Berkeley, a pilot program to study public housing, a plan for new protections for tenants. “We’re having a real renaissance in progressive housing policies,” he said.

Perhaps one reason Taplin won is that he defies traditional housing-politics caricatures. Many housing battles in California break along familiar fault lines — the NIMBYs who want nothing to change versus the YIMBYs who are easily pilloried as shills for developers and antagonistic toward tenants’ rights. Taplin breaks free from these binaries. He believes that Berkeley needs more development, more robust protections for tenants, and more services for homeless and low-income residents — a kind of all-of-the-above plan to address the housing shortage. He also sees density and sustainability not just through an economic lens, but also a means to racial justice.

Taplin is among a new generation of urban lawmakers elected in November who talk about housing and homelessness as complex, multilayered crises that connect many of California’s biggest challenges — our unequal economic growth, our vulnerability to climate disasters, our unsustainable car-dominated urban culture and the entrenched racial divisions that still dominate much of life here.

Among these is the new mayor of San Diego, Todd Gloria, a Democrat whose opponent, Barbara Bry, echoed Trumpist fear-mongering about density killing the suburbs. “They’re coming for our homes,” Bry warned in a campaign email.

Another is Nithya Raman, an urban planner who won a City Council seat in notoriously NIMBY Los Angeles by putting racial justice and equity at the center of her campaign. One of Raman’s big ideas was to decriminalize homelessness, to address it through housing policy, addiction deva and mental health services rather than arresting people for drug offenses and crimes tied to mental illnesses and rootlessness. Raman also promised to allow affordable housing plans to be approved within 90 days — almost light speed by big-city standards.

I have been down on California for some time; as the fires, smoke, virus and blackouts bore down on us last summer and fall, I worried that we were stuck in a spiral of failure.

But the emerging political landscape in California has given me a bit of hope. For the first time in a long time, or perhaps ever, it really feels as if voters are attuned to the catastrophes befalling our state and are ready to accept big changes in our way of life to address them. At long last — and hopefully not too late.