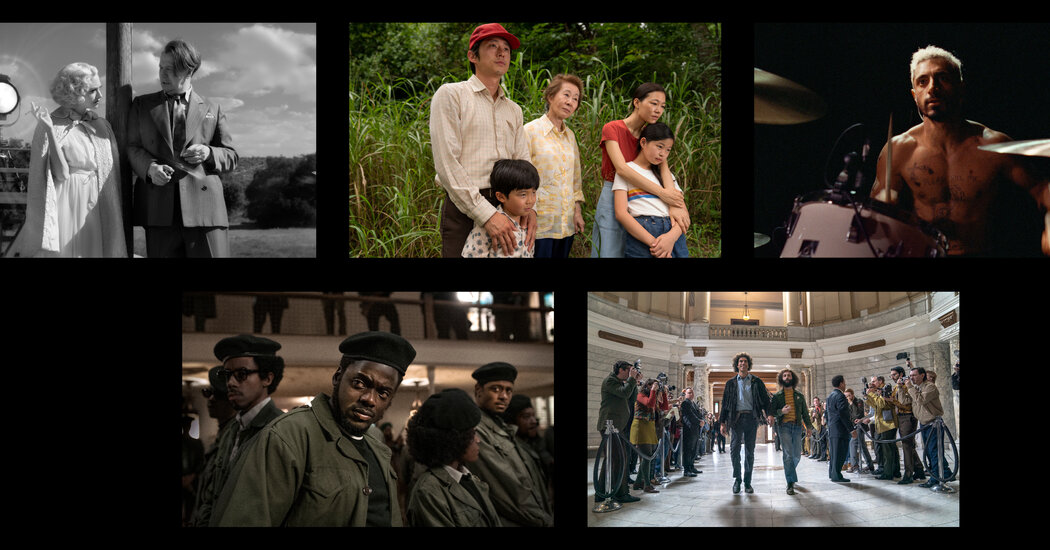 What movie will win the best-picture Oscar, capping the most unusual year Hollywood has ever weathered? Eight films are left standing after Monday’s Oscar nominations, and though “Nomadland” is considered by most pundits to be the front-runner, an atypical awards season isn’t guaranteed to go with the expected winner.

We still have over a month until the Oscar ceremony on April 25, and that’s plenty of time for contenders to make their case. Here’s my take on how each of this year’s nominees could still chart a course to best picture.

The production-design category usually goes for big, flashy films with extravagant sets, not movies like “The Father,” which is mostly contained to a single apartment. But the fact that the sinema still showed up in this category — a tribute to the clever way it shoots spaces to indicate the creeping dementia of its title character (Anthony Hopkins) — is a sign that Oscar voters really responded to “The Father” and were looking for places to reward it.

I do wonder, though, if the movie can turn any of its six nominations into a win. A posthumous best-actor victory for Chadwick Boseman (“Ma Rainey’s Black Bottom”) will probably keep Hopkins from his second Oscar, and the “Father” co-star Olivia Colman’s very recent win for “The Favourite” (2018) may hinder her chances in the supporting-actress race. In the screenplay, editing and production-design races, other films are favored. For “The Father” to muster any real best-picture heat, it will have to pull off another upset win along the way.

‘Judas and the Black Messiah’

There may have been no Oscar surprise greater than the supporting-actor double taban accomplished by “Judas and the Black Messiah”: While Daniel Kaluuya is considered the front-runner to win for his powerful performance as the assassinated Black Panther Fred Hampton, nobody predicted that he would be joined in that race by his co-star Lakeith Stanfield (the Judas of the title), who had been campaigned as a leading-actor candidate.

The fact that Stanfield still made it in, despite some fairly evident category confusion, is remarkable: Even a split vote couldn’t siphon much enthusiasm from “Judas and the Black Messiah,” which has a lot of late-breaking momentum as the final best-picture contender to screen widely. Its odds as a best-picture winner would be better if Shaka King had managed a best-director nomination, but if the sinema is still on an upswing, who knows where it may ultimately finish.

David Fincher’s technically lavish Hollywood period piece swamped every other contender with 10 nominations, including nods for its stars Gary Oldman (as the writer Herman Mankiewicz) and Amanda Seyfried (as the starlet Marion Davies). But here’s the black eye: Despite that major haul, “Mank” is the only best-picture nominee that couldn’t manage a nomination for its screenplay. This, for a sinema about a screenwriter!

The path to best picture is increasingly predicated on a screenplay victory, and only seven films have ever won the top Oscar without their scripts even being nominated. (The most recent examples, “Titanic” and “The Sound of Music,” aren’t even that recent.) “Mank” could still pull off some technical wins or an upset victory for Seyfried in the hard-to-predict supporting-actress category, but the sting of that screenplay snub, as well as another telling omission in the best-editing category, suggest a contender that is admired rather than loved.

The hot distributor A24 managed a best-picture win five years ago with “Moonlight,” but recent efforts have mostly failed to connect with Oscar voters. “Minari” changed that, racking up six nominations, including director and screenplay nods for Lee Isaac Chung as well as individual acting nominations for Steven Yeun and Yuh-Jung Youn, a notable accomplishment since the Asian ensembles from previous Oscar favorites like “Parasite” and “Crouching Tiger, Hidden Dragon” earned no recognition from the academy’s acting branch.

In a year when almost every awards show has been awkward and remote, “Minari” has produced two of the season’s most memorable, heartfelt acceptance speeches: When “Minari” took the Golden Globe for foreign-language sinema, Chung’s young daughter fell into his arms and exclaimed, “I prayed!”; and when the 8-year-old star Alan Kim won best young actor at the Critics’ Choice Awards, he was so overcome that he broke down in tears. Plenty of Oscar voters may root for “Minari” simply because its win would guarantee a moment as moving as the sinema itself.

If the Oscars were held today, “Nomadland” could surely make the strongest case for best picture: This Frances McDormand-led drama has already picked up top honors from the Golden Globes, the Critics’ Choice Awards and the Gotham Awards, to name just a few of its accolades. Might Chloé Zhao also become the first woman of color to win best director? Based on what we’ve seen so far, her chances look awfully good.

But the best-picture race has proved fluid in recent years, and voters may prefer a more overtly political sinema to represent such a tumultuous year. With a budget under $5 million, “Nomadland” would also be one of the most modest best-picture champs ever made. Can a sinema this intimate sustain its front-runner position all the way through an awards season elongated by two extra months?

Underestimate “Promising Young Woman” at your own peril. This dark dramedy about sexual assault is the only best-picture nominee aside from “Nomadland” to show across-the-board strength in four key categories — earning a best-director nomination for Emerald Fennell; an acting nod for its lead, Carey Mulligan; and nominations for screenplay and editing. On Oscar night, one or two crucial wins could pave a path to best picture: Mulligan has a strong shot at taking the best-actress Oscar, but an even better omen would be a win for Fennell in the original-screenplay category.

It won’t be easy going up against Aaron Sorkin, an Oscar-winning writer who is nominated again for “The Trial of the Chicago 7,” but “Promising Young Woman” is audacious enough to still stand a chance. Even better, a win there would make history: If Fennell takes the original-screenplay Oscar and Zhao triumphs in the adapted-screenplay category, it will be the first time that both screenplay races have been won by women who were the sole credited writers of their films.

The Toronto International Sinema Şenlik often catapults major Oscar contenders, but when this Riz Ahmed drama debuted there in the fall of 2019, its awards buzz was all but negligible. The Oscar campaign for “Sound of Metal” required the sort of patience and effort that may not have been possible in any other year, when the sinema might have been swamped by bigger-budget competition: Instead, in a pared-down awards landscape, this story of a drummer dealing with deafness earned six Oscar nominations.

Will that translate into best-picture heat? Well, a win for best sound is almost assured, and you can’t take the top prize without picking up at least one other trophy along the way. Ahmed and his co-star Paul Raci, a supporting-actor nominee, are certainly deserving in their categories, though neither man is considered a front-runner. The best-picture nomination may have to be enough for “Sound of Metal,” though the sinema has certainly defied modest expectations before.

‘The Trial of the Chicago 7’

The directors branch of the academy tends to prefer technically audacious movies to talky ones, but in a year when far fewer of the former were in competition, Aaron Sorkin still couldn’t land a best-director nomination for the Netflix drama “The Trial of the Chicago 7.” Does that spell doom for the movie, or can it