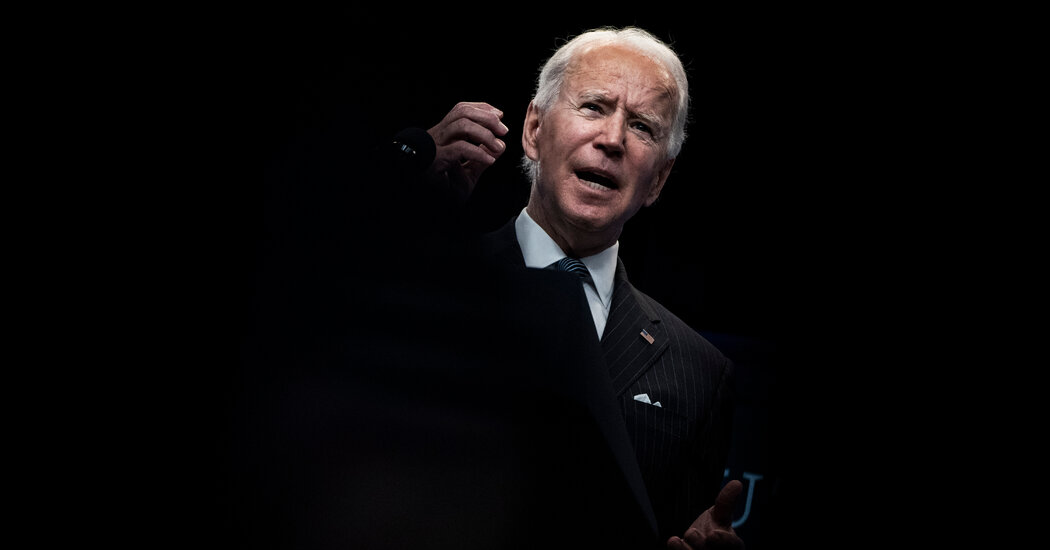 This has been one of the most quietly consequential weeks in recent American politics.

The Covid-19 relief law that was just enacted is one of the most important pieces of legislation of our lifetimes. As Eric Levitz writes in New York magazine, the poorest fifth of households will see their income rise by 20 percent; a family of four with one working and one unemployed parent will receive $12,460 in benefits. Child poverty will be cut in half.

The law stretches far beyond Covid-19 relief. There’s a billion for national service programs. Black farmers will receive over $4 billion in what looks like a step toward reparations. There’s a huge expansion of health insurance subsidies. Many of these changes, like the child tax credit, may well become permanent.

As Michael Hendrix of the Manhattan Institute notes, America spent $4.8 trillion in today’s dollars fighting World War II. Over the past year, America has spent over $5.5 trillion fighting the pandemic.

In a polarized era, the legislation is widely popular. Three-quarters of Americans support the law, including 60 percent of Republicans, according to a Morning Consult survey. The Republican members of Congress voted against it, but the G.O.P. shows no interest in turning this into a great partisan battle. As I began to write this on Thursday morning, the Fox News home page had only two stories on the Covid relief bill and dozens on things like the royal family and cancel culture.

Somehow low-key Joe Biden gets yawns when he promotes progressive policies that would generate howls if promoted by a President Sanders or a President Warren.

This moment is like 1981, the dawn of the Reagan Revolution, except in reverse. It’s not just that government is heading in a new direction, it’s that the whole paradigm of the role of government in American life is shifting. Biden is not causing these tectonic plates to shift, but he is riding them.

Reaganism was the right response to the stagflation of the 1970s, but Bidenism is a sensible response to a very different set of economic problems. Let one set of statistics stand in for hundreds: According to a team of researchers led by Raj Chetty, in 1970, 90 percent of 30-year-olds were making more than their parents had at that age. By 2010, only 50 percent were.

There was a premise through American history that if you worked hard you would earn economic security. That’s not as true for millennials and Gen-Z, or many other people across America.

It was assumed, even only a decade ago, that the Fed could not just print money with abandon. It was assumed that the government could not wrack up huge debt without spurring inflation and crippling debt payment costs. Both of these concerns have been thrown out the window by large numbers of thinkers. We’ve seen years of high debt and loose monetary policy, but inflation has not come.

So the restraints have been cast aside. We are now experiencing monetary and fiscal policies that would have been unimaginable a decade ago. This is like the moment when the G.O.P. abandoned fiscal conservatism for the go-go excitement of supply-side economics — which eventually devolved into mindless tax cuts for the rich.

The role of government is being redefined. There is now an assumption that government should step in to reduce economic insecurity and inequality. Even Republicans like Tom Cotton and Mitt Romney, for example, are cooking up a plan to actively boost wages for American workers.

This is not socialism. This is not the federal government taking control of the commanding heights of the economy. This is not a bunch of programs to restrain corporate power. Americans’ trust in government is still low. This is the Transfer State: government redistributing massive amounts of money by cutting checks to people, and having faith that they spend it in the right ways.

Both parties are adjusting to the new paradigm. With the wind at their backs, Democrats are concluding that Biden’s decision to eschew bipartisanship to pass a relief package is better than Barack Obama’s attempts to attract it. I don’t know if the filibuster will go away, but it certainly looks like it will be watered down.

Poor economic conditions pushed the G.O.P. away from Milton Friedman libertarianism and toward Donald Trump populism. Republicans have learned that in this new era it’s foolish to fight Democrats on redistribution policy, but they can win elections by fighting culture wars. As Yuval Levin of the American Enterprise Institute observes, we may see a policy realignment without a partisan realignment because Republicans have found so many cultural ways to attract votes.

I’m worried about a world in which we spend borrowed money with abandon. The skeptical headline on the final preretirement column of the great Washington Post economics columnist Steven Pearlstein resonated with me: “In Democrats’ progressive paradise, borrowing is free, spending pays for itself and interest rates never rise.”

But income inequality, widespread child poverty and economic precarity are the problems of our time. It’s worth taking a risk to tackle all this. At first Biden seemed like the third chapter of the Clinton/Obama center-left era. But this is something new.