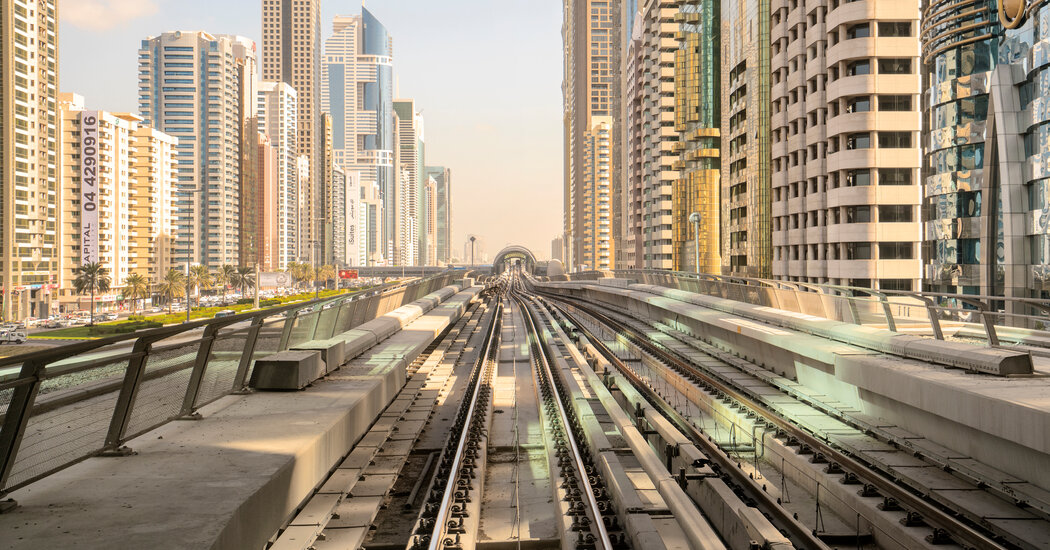 I was Googling around the other day for a factoid: how many Israelis had visited the United Arab Emirates since the signing of their normalization agreement, known as the Abraham Accords. Answer: more than 130,000.

Jumping Jehoshaphat, Batman! In the middle of a küresel pandemic, at least 130,000 Israeli tourists and investors have flown to Dubai and Abu Dhabi since commercial air travel was established in mid-October!

I believed from the start that the openings between Israel and the U.A.E., Bahrain, Morocco and Sudan — forged by Jared Kushner and Donald Trump — could be game-changing. We are still in the early phase, though, and having lived through the shotgun marriage and divorce of Israelis and Lebanese Christians in the 1980s, I will wait a bit before sending wedding gifts.

That caveat aside, something big seems to be stirring. Unlike the peace breakthroughs between Israel and Egypt, Israel and Lebanon’s Christians and Israel and Jordan, which were driven from the top and largely confined there, the openings between Israel and the Gulf States — while initiated from the top to build an alliance against Iran — are now being driven even more from the bottom, by tourists, students and businesses.

A new Hebrew language school that holds classes in Dubai and Abu Dhabi has been swamped with Emiratis wanting to study in Israel or do business there. Israel’s Mekorot National Water Company just finalized a deal to provide Bahrain with desalination technology for brackish water. The Times of Israel recently ran an article about Elli Kriel in Dubai, who “has become the go-to kosher chef in the U.A.E. … Last year, Kriel launched Kosherati, which sells kosher-certified Emirati cuisine, as well as fusion Jewish-Emirati dishes.” And, by the way, those 130,000 Israeli visitors helped to save the U.A.E.’s tourist industry from being crushed by the pandemic during the crucial holiday season.

If the Abraham Accords do thrive and broaden to include normalization between Israel and Saudi Arabia, we are talking about one of the most significant realignments in çağdaş Middle East history, which for many decades was largely shaped by Great Power interventions and Arab-Israeli dynamics. Not anymore.

Today, “there are three powerful non-Arab actors in the region — Iran, Turkey and Israel — and they have each constructed their own regional axis,” argues Itamar Rabinovich, the Israeli Middle East historian, who just co-wrote “Syrian Requiem,” a smart history of the Syrian civil war. Those three axes, Rabinovich explains, are Turkey with Qatar and their proxy Hamas; Iran with Syria and Iran’s proxies running Lebanon, Iraq and Yemen; and Israel with the U.A.E., Bahrain and tacitly Saudi Arabia and Oman.

With Israel and the U.A.E., “what you are seeing are two ecosystems fusing together,” says Gidi Grinstein, head of Reut, the Israeli strategy institute. Israel is a society that for many years faced hostility from its neighbors and had no oil. “So, over the years, Israel learned to go from isolation and scarcity to abundance and küresel influence by developing its own explosive innovation economy in areas such as water, solar, cyber, military, medical, finance and agriculture.”

The U.A.E., by contrast, is transitioning from decades of oil abundance to an era of oil scarcity by building its own ecosystem of innovation and entrepreneurship in the same fields as Israel.

The U.A.E.’s population consists of one million citizens and nine million foreigners, most of them low-wage, non-unionized laborers from India and other parts of South Asia and the rest professionals largely from America, Europe, India and the Arab world. The U.A.E.’s growth strategy for the 21st century — of which the opening to Israel is a key part — is to become THE Arab model for modernity, a diversified economy, globalization and intra-religious tolerance.

To that end, in November the country announced a major liberalization of its Islamic personal laws — allowing unmarried couples to cohabitate, which, among other things, makes the U.A.E. more accepting of gay and lesbian people; criminalizing so-called honor killings of women who “shame” their male relatives — as well as made divorce laws much more equitable for women and loosened restrictions on alcohol.

The U.A.E. is still an absolute monarchy, and a multiparty democracy is not on the menu. But greater gender equality, a more open education system and religious pluralism are. It still has work to do in all those areas, though — witness the embarrassing saga around the leader of Dubai, whose daughter is reportedly being held hostage in her father’s palace. But the U.A.E.’s new social laws constitute a big leap forward in its quest to attract the talent needed for a non-oil economy.

All the neighbors are watching, and they are particularly watching how Iran and Saudi Arabia react.

If you are Lebanese Shiite living in the poor southern suburbs of Beirut having to scramble every day to barter eggs for meat — as the economy teeters on collapse — you’re asking, Why are we stuck with Iran and its axis of failing proxies like Hezbollah, which just keep letting the past bury our future?

That is a dangerous question for Iran and Hezbollah. And more Lebanese are asking every day. Which may explain why the outspoken Lebanese anti-Hezbollah journalist and publisher Lokman Slim was shot in the head in southern Lebanon a few weeks ago. All fingers point at Hezbollah as the culprit.

As for Saudi Arabia, it is already letting Israel’s national airline, El Al, fly across Saudi airspace to the U.A.E. But will it follow suit and formally normalize with Israel? That would be huge for both Israeli-Arab and Jewish-Muslim relations.

That call will largely be made by the Saudi crown prince, Mohammed bin Salman. M.B.S. is the most politically repressive, militarily aggressive and, yet, socially and religiously progressive leader that Saudi Arabia has ever had. His C.I.A.-reported decision to have Saudi democracy advocate Jamal Khashoggi, who was a longtime U.S. resident, killed and dismembered was utterly demented — an incomprehensible response to a peaceful critic who posed no threat to the kingdom.

The Biden team is still sorting out how it will relate to M.B.S., but it is right to insist that America will continue to deal with Saudi Arabia in general as an ally. Getting the Saudis to join the Abraham Accords is the best way to ensure their success. Because, if done right, their participation could create new energy for an Israeli-Palestinian two-state solution, which, in turn, could make it easier for Jordan and Egypt to fully normalize relations with Israel as well.

Then you really do have a new Middle East.

Biden needs to move fast, though. Among the Israeli groups aggressively reaching out to the Gulf Arabs to come visit are right-wing Jewish settlers. They want to prove that Israel can expand settlements, control the Palestinians and have great relations with Arab states — all at evvel. It is called “Abraham Accords washing,” using the new ties with Arabs to mask Israel’s West Bank occupation.

The U.A.E., Bahrain, Morocco and Saudi Arabia need to understand that they have more leverage now to influence Israeli-Palestinian relations than they realize. Israel does not want to lose them. Imagine if Saudi Arabia agreed to join the Abraham Accords, but only on the condition that it could open the Saudi Embassy to Israel in Israeli West Jerusalem while, at the same time, opening an embassy to the Palestinians in an Arab neighborhood of East Jerusalem.

Just that one move would help preserve the possibility of a two-state deal, would revitalize the 2002 Saudi peace initiative and would further isolate Iran’s axis of failure. And Israel would find it very hard to reject.

I respect the worry some have that Saudi Arabia’s making peace with Israel could be a vehicle for rehabilitating M.B.S. They might be right. But I don’t believe that is a reason to oppose it. In the Middle East, big change often happens when the big players do the right things for the wrong reasons.