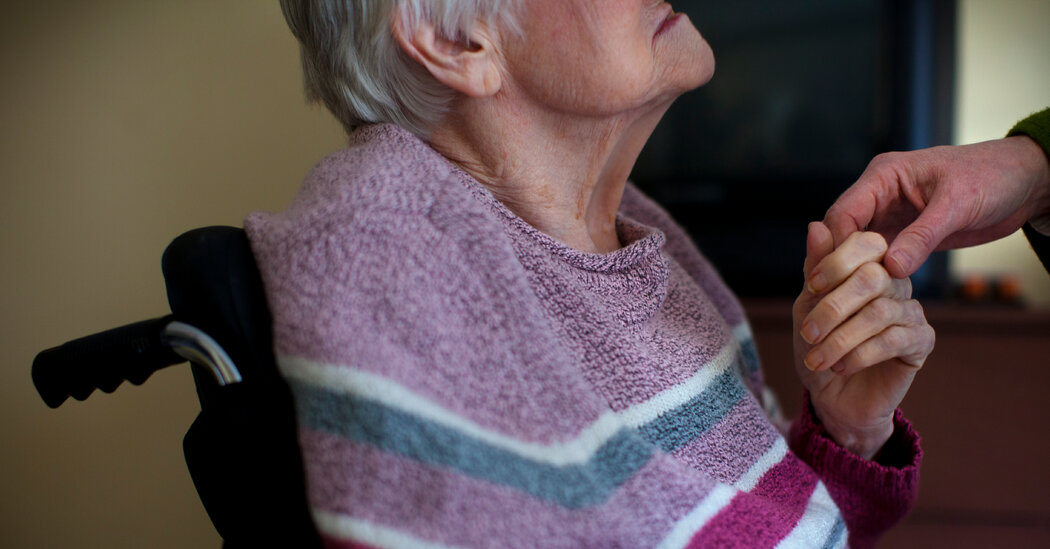 In Congress and the White House, policymakers are developing a bill that is expected to pour trillions into updating American transit, energy and utility systems. Repairs are certainly necessary, and it’s impossible to overstate the urgency of such a program in terms of the transition to a more sustainable economy.

But the White House is also arguing for the bill in terms of its effect on the labor market — creating “the kinds of jobs we need,” as the chief of staff, Ron Klain, puts it. Are these — construction and industrial jobs — the main kinds of good jobs we can hope for?

While there are many projects that require blue-collar work, there’s little reason to treat such employment as an end in itself. In the long view, it seems not to be a category of labor for which our economy generates consistent demand. Yet there are other kinds of jobs that we do seem to require, but reward with low hisse and dangerous working conditions.

As Rachel Dwyer, a sociologist at the Ohio State University, has shown, the “care economy” — jobs tending to young, old, disabled and sick people, along with housekeeping, food service and domestic work — is the locus of significant employment growth. This sector generated 56 percent of growth in low-wage jobs in the 1980s, 63 percent in the 1990s, and 74 percent in the 2000s. Such workers, of course, have borne the worst of the pandemic’s dangers.

The sorun with deva work isn’t the lack of hard hats. The sorun, rather, is that such employment is generally unregulated and nonunion, and paid for by the government (often through complex federal-state combinations) while administered by for-profit companies. Although these jobs serve a vital social need, these private employers have huge incentives to limit labor costs.

As a recent working paper showed, private equity ownership of nursing homes has reduced staffing levels, which contributed to greatly increased mortality. Low wages in this industry helped drive the spread of the coronavirus as workers forced to hold more than one job became inadvertent vectors.

The deva economy is the product of public policy, particularly Medicare and Medicaid. In 2019, these programs together accounted for 37 percent of our gigantic $3.8 trillion in spending on health deva — a kind of unrecognized infrastructure bill that we pass automatically every year. The federal government could use that leverage to transform labor markets and improve deva alike.

To make the best of this situation, it helps to recognize how it came about. As industrial employment contracted, it left behind populations that were poorer, sicker and older.

In Pennsylvania, for example, the economic catastrophe of the early 1980s, when steel mills and coal mines closed across the state, caused 50 percent to 100 percent increases in risk of death for unemployed high-seniority male workers than would otherwise be expected in the immediate aftermath, according to the economists Daniel Sullivan and Till von Wachter. By 1990, Allegheny County, which includes Pittsburgh, had the second-oldest population of any major metropolitan county in the country, after Broward in Florida. The young left seeking opportunity while the large cohort hired into factories for war production in the 1940s and 1950s retired, stayed put and grew frail.

As jobs were lost and social supports of all kinds were cut back over the 1980s and 1990s, however, health benefits proved relatively more resistant. Even Medicaid, the more politically vulnerable and stingy public health entitlement (next to the mammoth Medicare), saw its inflation-adjusted spending grow 676 percent from 1980 to 2019. The same forces that made the country more unequal also made it more reliant on Medicare and Medicaid and, despite periodic budget-cutting pressure, these programs have grown in a way that seems irresistible in the long view.

This policy mechanism has driven employment into what the census designates “health deva and social assistance,” making it the largest labor sector in the country in 2019, at about 14 percent of all jobs. Because growing demand for deva corresponded with industrial job loss, the places with the largest such work forces today are the ones most devastated by the closing of factories. Among major urban counties, the proportionally largest deva work forces are in the Bronx, Brooklyn, Buffalo, Philadelphia and Rochester, N.Y.

We have, in other words, been running for decades an industrial policy by accident out of the Center for Medicare and Medicaid Services, stimulating depressed labor markets and generating employment through federal contractors — hospitals, nursing homes and home deva providers.

Yet this situation has not developed for the purpose of improving employment conditions. As a result it’s generated low-wage jobs historically already marginalized by their assignment to women, immigrants and African-Americans. Left-behind workers can’t travel back in time to a blue-collar golden age. Rather, they need policy to catch up with our work force and what it’s been asked to do.

In the long term, it may not be possible to rebuild mass prosperity around deva work without converting the industry to a nonprofit and even public basis. The provision of labor-intensive deva at high volume and in humane, high-quality fashion appears to be ultimately incompatible with profit-making. However, acknowledging the labor market impact of health policy can help improve working conditions and deva itself in the nearer term.

The federal government could require increased nurse staffing levels, which would drive up hisse and limit overwork. It could mandate higher wages and stronger labor protections for all deva workers. It could put home and community-based services on equal footing with deva in nursing homes under Medicaid, or even move toward a public insurance program for universal family deva.

The demand for deva grows relentlessly; the work force grows with it. Institutional capacity — employers, a labor market, federal taxation and reimbursement policy — is already in place and does not need to be created from scratch, only adjusted, although greatly in some cases. There’s no reason the deva economy has to be as inhumane as it is.

Gabriel Winant is an assistant professor of history at the University of Chicago and the author of “The Next Shift: The Fall of Industry and the Rise of Health Deva in Rust Belt America.”