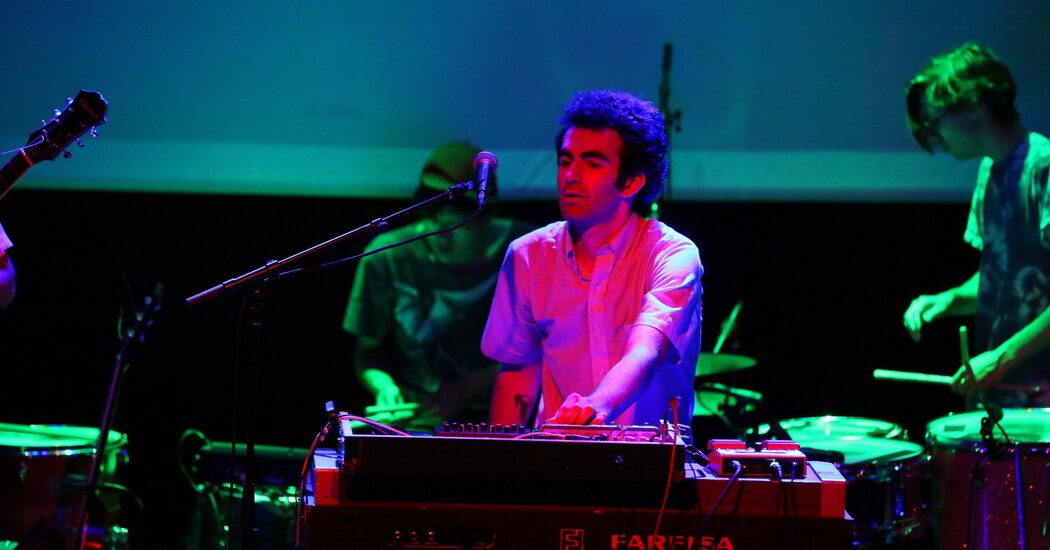 We are approaching the one-year anniversary of the last time I performed music for a live audience. As a professional musician, it has been a maddening time. But, it has also been the most relentless year of learning that I’ve ever experienced.

There’s the learning you attempt on purpose, like how to read a book in one hand with your phone in the other, or how to steep your own tamarind water in desperate attempts to replicate the pad thai you miss eating in restaurants.

Then there’s the learning that’s forced upon you. Mandatory education enacted by disaster, by circumstance, by the ongoing present.

I’ve had to learn who and what I am if I’m not playing music with others, for others, an act I’ve actively engaged with since the age of 5 if you count the pots and pans accompaniment on the kitchen floor to Paul Simon’s “Graceland,” which I do. When most of the country shut down and the music stopped, whena tour I was on with another band got canceled halfway through, every musician I knew couldn’t help but wonder how we would be impacted financially. That’s the lens through which we as a society view our survival on Earth, so we must also view our arka the same way.

But as months turned to more months, an emotional sacrifice began to ring as loudly as the economical one. I realized that every day that darted by where I wasn’t performing music, I became a little bit weaker — in stamina, strength and spirit.

It was all a real Come to Randy moment.

Have you ever tried to learn a Randy Newman song? It’s impossible. His fingers are the only ones that make a piano behave that way. But I needed my own fingers to move a bit more like Randy’s did. My fingers were restless as hell, having written and recorded songs for a new album that lay comatose, waiting for the alarm to sound that it could feel OK to put music out into the world again. The trap is that I can’t feel comfortable writing new songs until the old ones are released. The trap is that I have no love for releasing music into the world if I don’t get to perform it. But as the old saying goes, when God closes a door on your fingers, he opens a window so you can still hear Randy Newman playing in the next room.

There has been one song that I’ve always wanted to learn how to play exactly the way Randy did. It topped my rainy day list of songs to tackle when I had the time, but perhaps I unconsciously drifted toward “Simon Smith and The Amazing Dancing Bear” because I needed to hear Randy’s voice shoehorning hope into my head as I struggled to make my fingers move like his.

And it was a struggle. The song is equal parts “this crazy thing only happens once” and “oh phew, this section repeats.” There was only one way to handle it. I would have to practice very slowly, learning from left to right entirely by ear, and work on it every damn day until I reached the finish line.

The first verse alone took me a month, this psychotic counterpoint that Randy makes feel so easy, which makes me feel like my hands are all thumbs, and my thumbs are all feet. The lyrics begin with a promise, “I may go out tomorrow, if I can borrow a coat to wear,” and on paper the chords are patiently paced and all make sense. But in his performance, Randy slaps an urgency across every note he plays.

Cracking his core, earning admission into the essence of a song I loved, that was the goal of the hour a day, accrued in 15-minute hunks from dawn until dusk, when I could pin myself down at the piano, because if I’m really going to learn something I’ll often have to outsmart my actively drifting brain.

Trudging on in pursuit of harmonic relief in the home, the absence of performing still weighed heavy. But Randy’s voice eased me through as I repeated micro moments from his recording trying to figure out just what was going on. “Simon Smith and The Amazing Dancing Bear” is a hopeful song, about the good will of the public toward these unique performers: uzunluk and bear.

As I struggled and grew over the course of many months during which I aged many years, Randy’s voice chimed onward, again and again, “It’s just amazing how fair people can be,” and I began to see things his way.

The moving interval in the right hand gained a natural edge as my muscles moved my bones, taking my skin along for the ride. In the moments of each day that I devoted to learning rather than despair, I was briefly out of my own head. I could not help my current weaknesses, but at least I was chipping away at some new strengths.

Soon enough, a magic moment occurred: it became easier. My muscle memory on the instrument grew stronger, as did my ear, and I could close my eyes while comfortably moving harmony downward with the pre-chorus melody as I sang the words: “Who needs money, when you’re funny?” I can only wonder if Randy Newman was as unemployed as I am now when he wrote those down.

Saved by a song, but what else is new?

Ultimately that’s why I miss performing so much, because I hope to provide that same safety and solace for others. I shouldn’t overthink it: The song makes me happy when Randy plays it, and it made me happy to spend so much time learning it. I was happy screwing it up over and over again, and sharpening the muscle memory on feeling happiness is never a bad thing.

Yet what I miss the most about performing is the risk, the chance taken by exposing an essential part of my being to an audience, praying they accept it but knowing that if all else fails I’ve got my band to share the weight. The risk pairs perfectly with the joy that comes from trying something new, something scary, something exhausting.

As a band we experiment, we adventure, and when we do, I am whole. I can’t handle letting my risk muscles go soft, so I must thank Randy Newman for guiding me through these dark days, for gently shoving me as I embark on the daily risk of failure with each attempt at his song. Because one year later, I still truly can’t play “Simon Smith and The Amazing Dancing Bear” very well. The finish line is movable, I suppose, and I don’t mind kicking it ahead. But maybe in the future I can play it for you, and you tell me which parts I messed up.

Adam Schatz is a musician, writer and record producer. His band, Landlady,has three records out and another will be released on March 19.