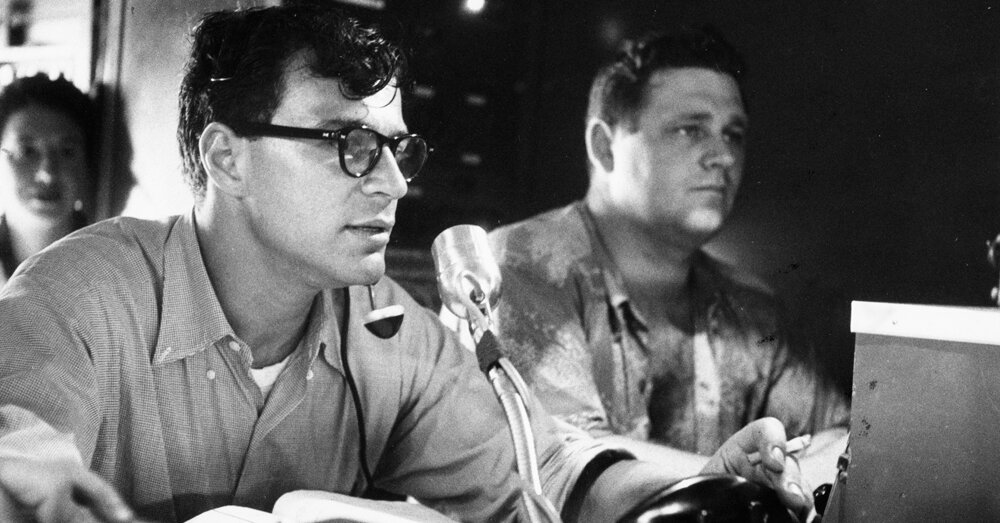 Roger Englander, the Emmy Award-winning producer and director of the acclaimed Young People’s Concerts, which featured the magnetic Leonard Bernstein leading the New York Philharmonic, died on Feb. 8 at a hospital in Newport, R.I. He was 94.

The cause appeared to be pneumonia, said Michael Dupré, his companion and only survivor.

Mr. Englander was a staff director at CBS in 1958 when he and Mr. Bernstein began collaborating on the Young People’s Concerts, embracing the mission to educate children about the joys of music. Mr. Englander had years earlier helped stage operas by Gian Carlo Menotti.

“Lenny totally trusted Roger,” said the Pulitzer Prize-winning composer John Corigliano, who was an assistant to Mr. Englander for the Young People’s Concerts. “If he weren’t comfortable with the director, it would have been impossible. But he didn’t have to worry.”

He added, “Lenny adored him.”

The concerts, initially mounted at Carnegie Hall and later at Philharmonic Hall at Lincoln Center, have become a classic of educational programming and a powerful presence in the lives of many musicians, and musically minded people, even today.

Mr. Bernstein was their undisputed star. He wrote his own scripts; talked to guest musicians like the pianist Andre Watts; played the piano to illustrate his commentary; and led the Philharmonic in classical, folk, jazz and pop music.

But he left the TV production to Mr. Englander, who regarded the scores selected by Mr. Bernstein as his directing guide.

“The choice of pictures — wide views, close-ups, tracking shots, rapid-fire montages or slow, languorous dissolves from one shot to another — is determined by the music itself,” he wrote in an essay for “Leonard Bernstein: The Television Years,” a 1985 exhibition at the Museum of Broadcasting in New York (now the Paley Center for Media). “The orchestra score becomes the shooting script, and the music holds all the answers for the director’s task of translating sound into picture.”

Using shots from as many as eight cameras — two of them on the stage and one trained, from behind the orchestra, on the emotive Mr. Bernstein — Mr. Englander directed all 53 hourlong episodes of the concerts, which were staged and broadcast intermittently over the years through 1972.

A reviewer for The New York Times wrote in 1964 that Mr. Englander had “again demonstrated that although confined to the limits of the concert stage, he is extremely adept at mobile camerawork, which always keeps the viewer interested.”

His work on the concerts brought him an Emmy in 1965. 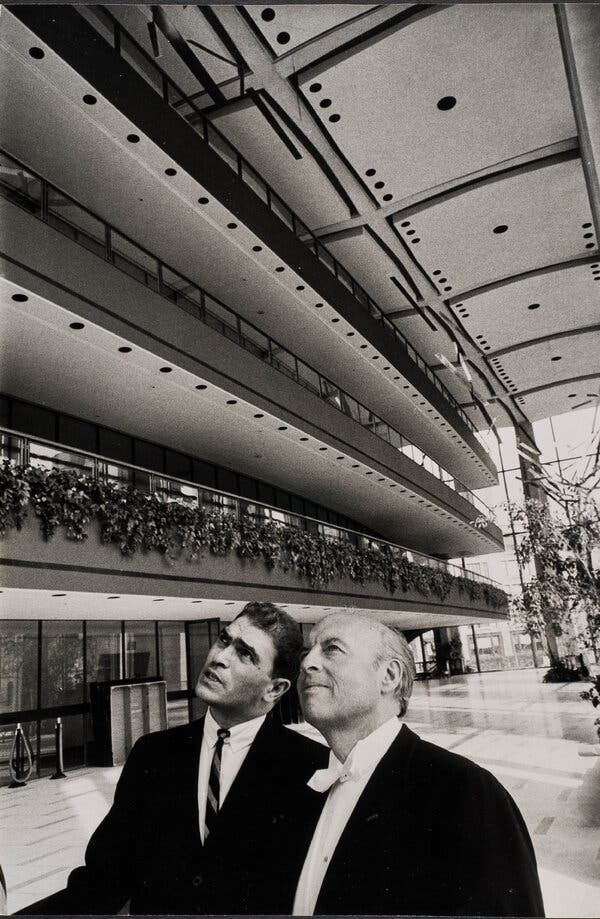 At Cleveland Heights High School, Roger studied piano, French horn and trumpet and achieved an early ambition — to be a conductor — by leading the school’s band and orchestra. He studied drama, composition and theory at the University of Chicago and graduated in 1945.

He quickly became associated with opera. In 1946, he was the stage manager for the debut of Mr. Bernstein’s production of Benjamin Britten’s “Peter Grimes” at the Tanglewood Music Şenlik in Lenox, Mass. He also worked briefly at the Chicago Opera Company for its conductor, Fausto Cleva.

Over the next few years, he staged several of Mr. Menotti’s operas, including two, “The Telephone” and “The Medium,” in 1948, on WPTZ-TV in Philadelphia, an NBC affiliate. He distilled his knowledge of opera into a book, “Opera: What’s All the Screaming About?” (1983).

Mr. Englander started at CBS in the early 1950s, working on news, sports and public affairs programs. He also directed episodes of the cultural program “Omnibus” about the violinist Yehudi Menuhin, the Vienna Boys Choir and the French horn.

In 1957, he had an idea for a musical series for children and pitched it to a CBS executive, but the interview did not seem to go well. A few days later, he learned that the executive “had actually been interviewing me for a totally different music series that his boss, William S. Paley, had cooked up with Leonard Bernstein,” Mr. Englander wrote in his essay for the 1985 Bernstein exhibition, referring to the chairman of CBS.

Leonard Bernstein conducting a Young People’s Concert in 1958 with the New York Philharmonic. One of the eight cameras involved in the productions was always trained on him.Credit…CBS Photo Archive/Getty Images

The Young People’s Concerts debuted in January 1958 with a program called “What Does Music Mean?,” and the reviews were favorable. Without a commercial sponsor, though, Mr. Englander worried that the series would not last long.

But when Newton N. Minow, the chairman of the Federal Communications Commission, famously excoriated television as a “vast wasteland,” CBS saw an opening to demonstrate that not all its programming was drivel. It moved the concerts from Saturday afternoons to Sundays at 7:30 p.m. More people tuned in, and Shell Oil signed on as the first sponsor.

During and after his tenure on the Young People’s Concerts, Mr. Englander worked on musical segments for NBC’s “Bell Telephone Hour” — which earned him a Peabody Award in 1959 — and the Emmy-nominated “Vladimir Horowitz: A Television Concert at Carnegie Hall” (1968), which CBS carried. He recalled how that virtuoso pianist had to be persuaded to give his first recital on television.

“I think what finally broke down Horowitz’s resistance,” he told The Evening Sentinel of Carlisle, Pa., “was the question: ‘Don’t you wish there had been sinema in Franz Liszt’s time so you could see him play the piano?’”

After his CBS years, Mr. Englander staged Stravinsky’s “L’Histoire du Soldat” (“The Soldier’s Tale”), a theater piece conducted by Leon Fleisher, narrated by John Houseman and mimed by Bil Baird’s marionettes at the 92nd Street Y in Manhattan; wrote an interactive CD-ROM musical guide to Mozart’s “The Magic Flute”; and produced a series of videotapes for Music Theatre International in which writers and composers of Broadway musicals described their production techniques.

But Mr. Englander understood that the concert series with Mr. Bernstein was the acme of his career. He called them “53 of the best hours that music on television had ever seen — to this day.”

Mr. Englander in 1990. He directed all 53 of the Young People’s Concerts and remained active in music productions in later years.Credit…Michael Dupre

One of the young people who paid rapt attention to him was Jamie Bernstein, one of Mr. Bernstein’s three children. When she was 12, she recalled in a phone interview, she would observe Mr. Englander in the production truck outside Philharmonic Hall (now David Geffen Hall).

“He was like a wizard, with the score marked up in front of him, calling the shots,” she said. “He’d say, ‘Ready, Camera 3’— the one on the French horn — and he’d snap his fingers and Camera 3 came up on the central monitor. It was exciting to watch.”