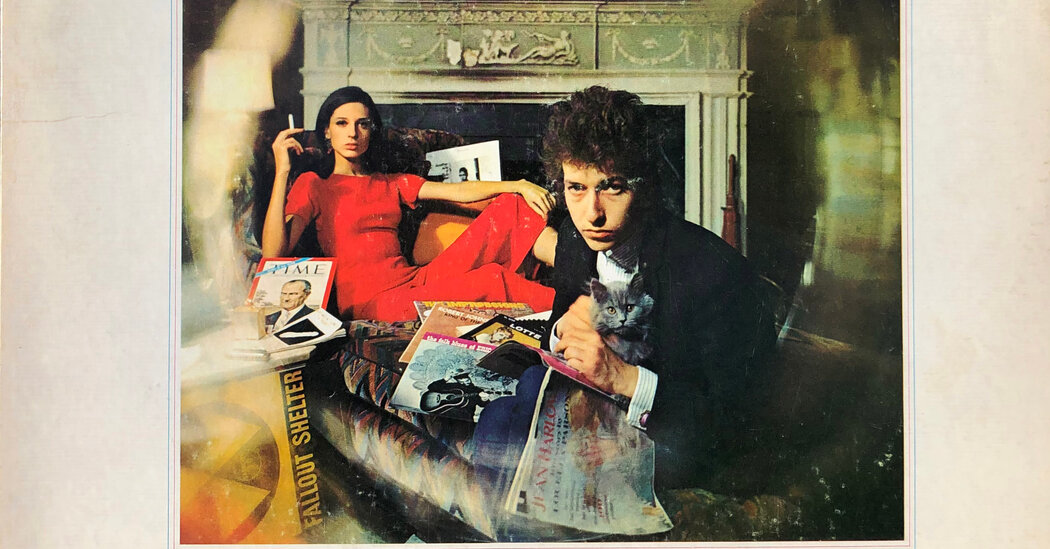 One of Bob Dylan’s most important early albums, “Bringing It All Back Home” from 1965, has the kind of cover that can strain eyes and fuel speculation. It is a photograph of Mr. Dylan, in a black jacket, sitting in a room full of bric-a-brac that may or may not mean something, staring into the camera as a woman in a red outfit lounges in the background.

“Fans became so fixated on deciphering it,” the music journalist Neil McCormick wrote in The Daily Telegraph of London last year, “that a rumor took hold that the woman was Dylan in drag, representing the feminine side of his psyche.”

She wasn’t. She was Sally Grossman, the wife of Mr. Dylan’s manager at the time, Albert Grossman.

“The photo was shot in Albert Grossman’s house,” the man who took it, Daniel Kramer, told The Guardian in 2016. “The room was the original kitchen of this house that’s a couple hundred years old.”

“Bob contributed to the picture the magazines he was reading and albums he was listening to,” Mr. Kramer added, a reference to the bric-a-brac. “Bob wanted Sally to be in the photo because, well, look at her! She chose the red outfit.”

Ms. Grossman died on Thursday at her home in the Bearsville section of Woodstock, N.Y., not far from the house where the photograph was taken. She had long been a fixture in Woodstock, operating a recording studio, a theater and other businesses there after her husband died of a heart attack at 59 in 1986. She was 81.

Her niece, Anna Buehler, confirmed her death and said the cause had not been determined. 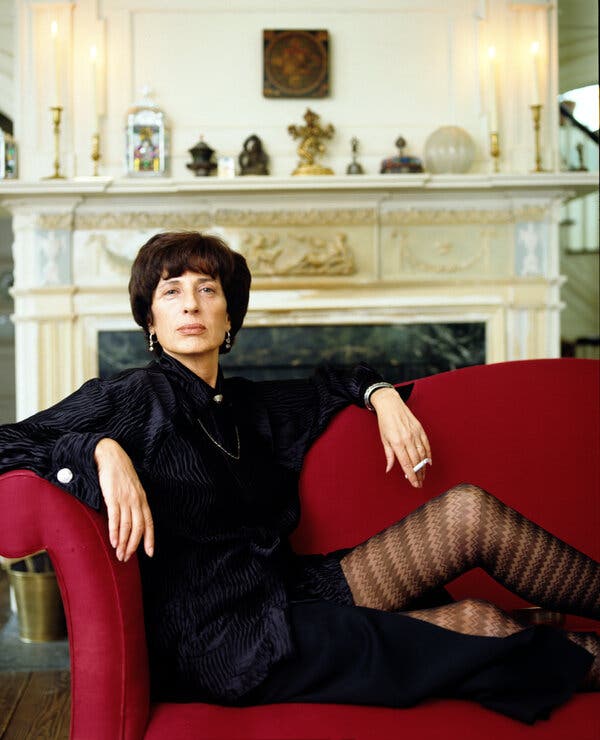 Ms. Grossman in an undated photo, taken in the same room, against the same fireplace, in which the 1965 album cover photo was shot. She and her husband ran recording studios and restaurants in Woodstock, and after his death she created the Bearsville Theater there. Credit…Deborah Feingold/Corbis via Getty Images

Sally Ann Buehler was born on Aug. 22, 1939, in Manhattan to Coleman and Ann (Kauth) Buehler. Her mother was executive director of the Boys Club (now the Variety Boys and Girls Club) of Queens; her father was an actuary.

Ms. Grossman studied at Adelphi University on Long Island and Hunter College in Manhattan, but she was more drawn to the arts scene percolating in Greenwich Village.

“I figured that what was happening on the street was a lot more interesting than studying 17th-century English literature,” she told Musician magazine in 1987, “so I dropped out of Hunter and began working as a waitress. I worked at the Cafe Wha?, and then the Bitter End, all over.”

Along the way she met Mr. Grossman, who was making his name managing folk music acts that played at those types of venues, including Peter, Paul and Mary, whom he helped bring together.

“The office was constantly packed with people,” Ms. Grossman recalled in the 1987 interview. “Peter, Paul and Mary, of course, but also Ian and Sylvia, Richie Havens, Gordon Lightfoot, other musicians, artists, poets.”

The couple, who married in 1964, settled in Woodstock, where Mr. Grossman had acquired properties and which Mr. Dylan had also discovered about the same time, settling there with his family as well.

In due course came the photo shoot for the album cover.

“I made 10 exposures,” Mr. Kramer told The Minneapolis Star Tribune in 2014. One image, with Mr. Dylan holding a cat, was a keeper. “That was the only time all three subjects were looking at the lens,” Mr. Kramer said.

The photo, staged by Mr. Kramer with Mr. Dylan’s input, was an early example of what became a mini-trend of loading covers up with imagery that seemed to invite scrutiny for insights into the music. The Beatles’ “Sgt. Pepper’s Lonely Hearts Club Band” (1967) might be the best-known example.

The album itself was a breakthrough for Mr. Dylan, marking his transition from acoustic to electric. Its tracks included “Mr. Tambourine Man,” “Subterranean Homesick Blues” and “Maggie’s Farm.”

Ms. Grossman and her husband established recording studios and restaurants in Bearsville, and after his death Ms. Grossman renovated a barn to create the Bearsville Theater, bringing to life a vision of her husband’s. It hosted numerous concerts over the years. She sold the businesses in the mid-2000s.

Ms. Grossman is survived by a brother, Barry Buehler.

Though she knew many American musicians, Ms. Grossman had a special place in her heart for an order of religious singers from Bengal known as the Bauls, whom she encountered in the 1960s. She created a digital archive of Baul music. Deborah Baker, author of “A Blue Hand: The Beats in India” (2008), wrote about Ms. Grossman and her connection to the Bauls in a 2011 essay in the magazine the Caravan.

“Despite all the famous musicians and bands who evvel passed through her life,” Ms. Baker wrote, “she found it was the Bauls she missed the most from those years.”