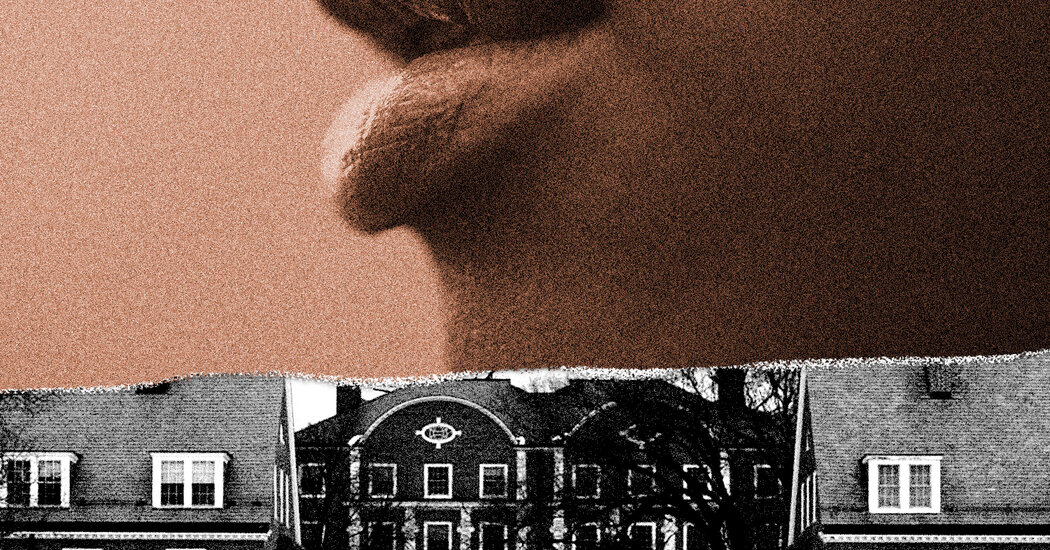 Like many readers of The Times, I was riveted by Michael Powell’s account last week of a 2018 incident at Smith College that illustrated the tension between issues of race and class. It’s a striking — and increasingly familiar — tale of the battle the Woke left is now waging on well-meaning liberals who don’t seem to understand the illiberal nature of what they are facing.

For those who missed it, the story begins in the summer of 2018, when Oumou Kanoute, a student at Smith, recounted that she had just been confronted by a campus police officer while she was eating lunch in a dorm lounge.

“All I did was be Black,” she wrote on Facebook. “It’s outrageous that some people question my being at Smith College, and my existence overall as a woman.” She added that the officer might have been carrying “a lethal weapon.”

The post drew national media attention. A janitor fingered as having started the episode was put on paid leave. The American Civil Liberties Union got involved. The college rolled out anti-bias training for its staff and set aside separate dormitories for students of color. Kathleen McCartney, Smith’s president, offered Kanoute an effusive public apology, saying, “This painful incident reminds us of the ongoing legacy of racism and bias in which people of color are targeted while simply going about the business of their ordinary lives.”

But the narrative of racist harassment of a minority student at an elitist white institution turned out to be comprehensively false.

“A law firm hired by Smith College to investigate the episode found no persuasive evidence of bias,” Powell writes. “Ms. Kanoute was determined to have eaten in a deserted dorm that had been closed for the summer; the janitor had been encouraged to notify security if he saw unauthorized people there. The officer, like all campus police, was unarmed.”

In fact, the real victims of the event lay elsewhere. Kanoute publicly accused a janitor named Mark Patenaude and a cafeteria worker named Jackie Blair of “racist cowardly acts.” But neither of them was involved in calling campus security. Kanoute also posted their photographs and email addresses. The stress triggered flare-ups of lupus for Blair and anxiety attacks for Patenaude, who has since left his job. (Kanoute later apologized for misidentifying him.) One person called Blair at home to tell her, “You don’t deserve to live.”

As for the anti-bias training, Powell reports that cafeteria and grounds workers “found themselves being asked by consultants hired by Smith about their childhood and family assumptions about race, which many viewed as psychologically intrusive.” One courageous school administrator, Jodi Shaw, resigned from Smith in February on the grounds that it had become a “racially hostileenvironment.”

Some of us who have undergone increasingly fashionable “unconscious bias” training sessions understand what Shaw means: In their sugary tone and invidious assumptions, they can feel like a Cultural Revolution struggle session led by a preschool teacher.

Still, the most interesting aspect of the drama at Smith has less to do with the details and more to do with the location. To wit, why is it that racial tensions keep boiling over at some of the nation’s most emphatically progressive-minded institutions, whether it’s at Smith, Yale, Northwestern, Bryn Mawr or the Dalton School? Why does the embrace of social justice pedagogies seem to have gone hand in hand with deteriorating race relations on campus?

One answer is that if many students are enjoying a diet of courses on critical race theory, and employees are trained on the fine points of microaggressions, they might take to heart what they are taught and notice what they have been trained to see.

Another answer is that if those who report being offended gain sympathy, attention and even celebrity, more accusations may be reported.

The deeper answer, I suspect, is that the Woke left has the liberal left’s number. It’s called guilt.

The telling line in Powell’s story comes from a letter the Black Student Association wrote to McCartney, Smith’s (white) president, saying its members “do not feel heard or understood. We feel betrayed and tokenized.” Tokenized, most certainly: Behind every affirmative action program at every liberal institution is a yearning for moral redemption — admission to its present ranks is granted in exchange for absolution for past sins and acceptance of its ideological assumptions.

The Woke left doesn’t want to be a party to this bargain. Absolution is off the table. And the liberal ideals themselves are up for renegotiation.

In place of former notions of fairness toward individuals regardless of race, the Woke left has new ideas of “restorative justice” for racial groups. In place of traditional commitments to free speech, it has new proscriptions on hate speech. In place of the liberal left’s past devotion to facts, it demands new respect for feelings.

All of this has left many of the traditional gatekeepers of liberal institutions uncertain, timid and, in many cases, quietly outraged. This is not the deal they thought they struck. But it’s the deal they’re going to get until they recover the courage of their liberal convictions.