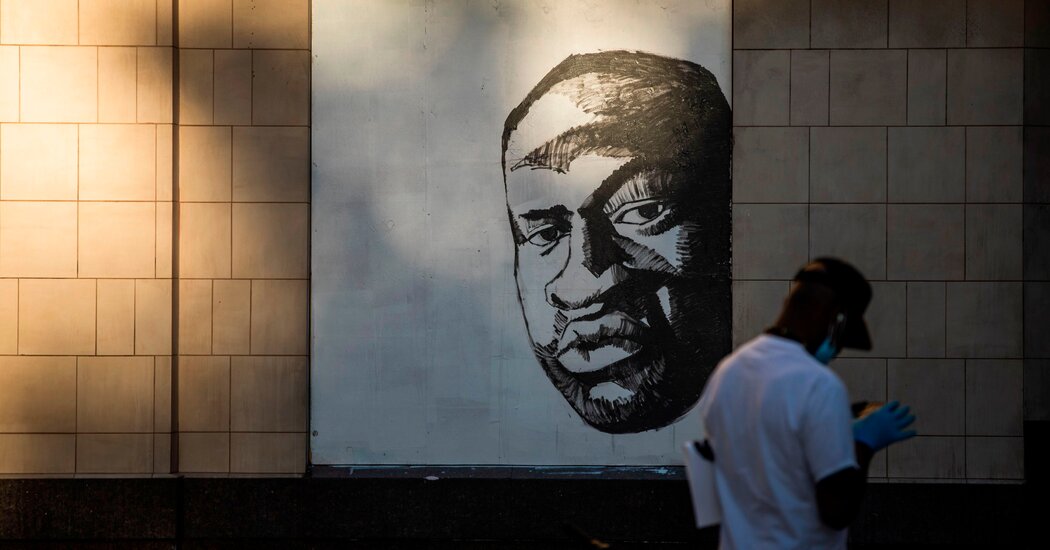 Something happened this summer in the wake of the killing of George Floyd, and maybe only history will be able to fully explain what it was.

Millions of Americans — many of them white — poured into the streets to demand justice and assert that Black Lives Matter. It’s clear now that the summer protests, which took place during a pandemic during which congregation was discouraged, were for some participants less a sincere demand for justice than they were a social outlet.

As some semblance of olağan life began to inch back, enthusiasm for the cause among whites quickly grew soft, like a rotting spot on a piece of fruit.

As FiveThirtyEight has noted, support for Black Lives Matter “skyrocketed” after Floyd was killed, but much of that support ended sometime before Jacob Blake was shot in Kenosha, Wis., three months later. As the site put it about polling around the time of Blake’s shooting:

Furthermore, a USA TODAY/Ipsos Poll released on Friday found that just 28 percent of white Americans believe that what happened to Floyd was murder. That was down from 55 percent in June.

The backlash didn’t just occur on a personal level, it was also expressed through policy, as Republican legislators across the country moved quickly to guard their power. As The Pew Charitable Trusts observed last month:

“Republican legislators in Florida and 21 other states are considering tough new penalties for protesters who break laws. As in Florida, some of the bills also would prevent localities from cutting police budgets and give some yasal protection to people who injure protesters.”

One of the rallying cries during the summer protest was to “defund the police.” But by some measures, spending on the police actually moved in the opposite direction. As Bloomberg CityLab reported in January, “Even as the 50 largest U.S. cities reduced their 2021 police budgets by 5.2 percent in aggregate — often as part of broader pandemic cost-cutting initiatives — law enforcement spending as a share of general expenditures rose slightly to 13.7 percent from 13.6 percent.”

Even so, prominent Democrats denounced the slogan and some even suggested that its use caused Democrats to perform more poorly in the election than expected.

I believe that this has helped to contribute to a corroding of support for Black Lives Matter, even among Black people. Although Blacks and whites start from a different baseline in their support of the group, the more recent USA Today/Ipsos poll found:

When it came time for the House of Representatives to pass the George Floyd Justice in Policing Act, only one Republican voted for it, Representative Lance Gooden of Texas, and he said that he “accidentally pressed the wrong voting button and realized it too late.” The bill faces an uphill battle in the Senate.

In every arena it feels that many of the people who performed allyship during the summer protests are regressing to familiar tribalism that doesn’t protect Black life and excuses Black death.

We all saw with our own eyes what happened to Floyd, the way life was slowly pressed out of him over the objection of onlookers. We watched all the seconds and minutes tick by, during which the officers could have made a different decision, changed course to save his life, but didn’t.

What happened to Floyd isn’t a mystery.

The real mystery is why some people will go to any end to rationalize state violence against Black bodies. In fact, that is a misstatement. It’s not a mystery. This kind of rationalization is a feature of our society. We have made blackness synonymous with aggression and the police synonymous with protection. Anything that challenges that precept must be put down.

In this equation, to far too many Americans, Floyd is just collateral damage, an unfortunate accident, while a noble defender of peace and order attempts to do his duty. In this equation, Floyd is dehumanized. In it, he is betrayed. What is revealed is the bottomless American capacity to countenance cruelty.

Some people called the summer protests a racial reckoning, but time has revealed much of it to have been a seasonal solidarity. The season has changed.