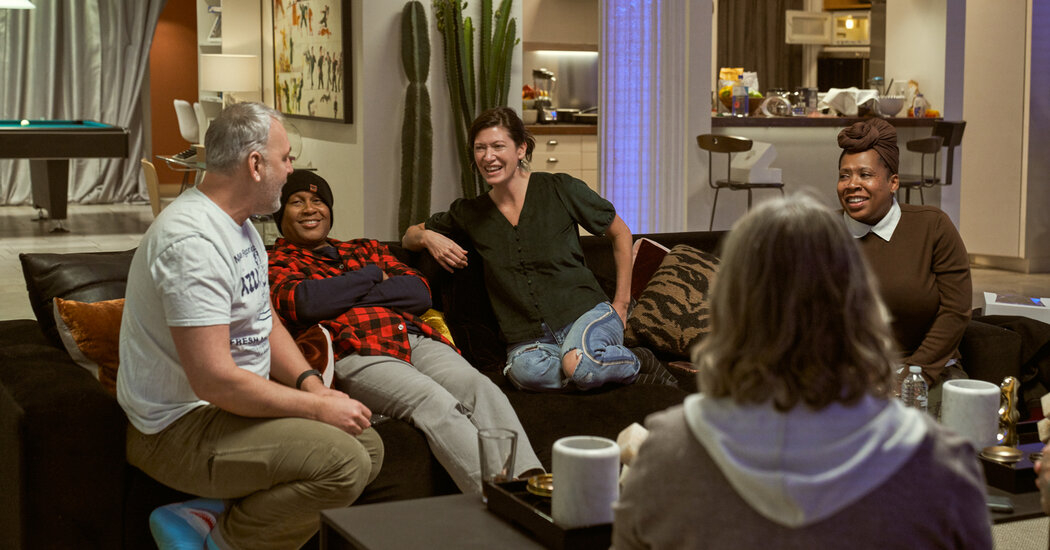 Gather ’round, children, and let Grandpa Gen X tell you what life was like back in nineteen-dickety-ninety-two, when telephones were tethered to the wall by wires, nickels had pictures of bumblebees on them and reality TV was something new and shocking.

Before social media, before reality shows had spread to every corner of earth and sea, there was something genuinely scandalous in MTV’s “The Real World,” which put seven young people in a New York loft to videotape their every fight and flirtation, promising to show us “what happens when people stop being polite and start getting real.”

The creators, Mary-Ellis Bunim, who died in 2004, and Jonathan Murray, referred to it as a “social experiment,” a term that has since been applied to everything from “Big Brother” to “90 Day Fiancé.” But it was not entirely hyperbole; we truly did not know what to expect. What if they hook up? What about the bathrooms? (They, as it turned out, were camera-free.)

Forty “Survivor” seasons, umpteen Bravo franchises and one “Apprentice” host’s presidency later, reality TV is part of the atmosphere: It is entertainment genre and lifestyle, career path and political philosophy. But when the original “Real World” housemates piled into their SoHo loft — accessorized, winkingly, with a giant aquarium — they were like the first astronaut crew boarding a capsule.

On Thursday, the new Paramount+ streaming service premiered the first episode of “The Real World Homecoming: New York,” which reunited the now middle-aged medianauts for a brief stay in the same loft in January 2021.

The first episode is nostalgic and a little bittersweet, but not exactly urgent. The castmates hug and cry, share family pictures and sip white wine. Most of the drama comes in flashbacks to the race- and hormone-driven clashes of the original season.

But combine “Homecoming” with a rewatch of the first season (also streaming on Paramount+, along with several other “Real World” seasons), and you get an overwhelming sense of how much and how little has changed, in TV and in America. 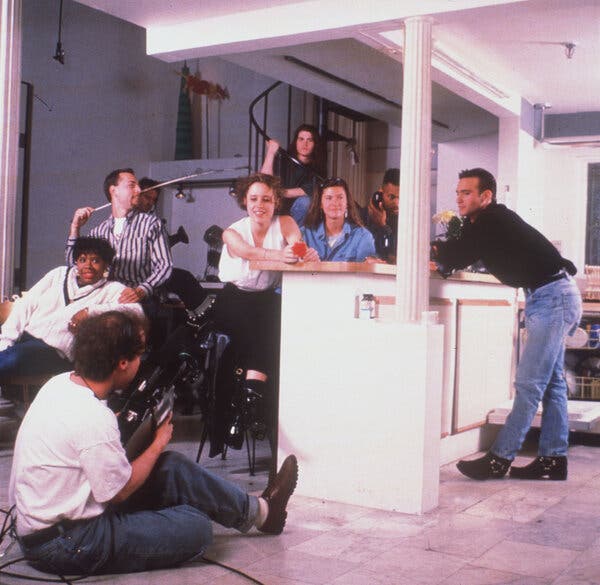 The first season of “The Real World” had an earnest documentary feel and established many reality-TV conventions.Credit…MTV

Like so much reunion material, the 1992 of “The Real World: New York” feels like 10 million years ago and 10 minutes ago.

The series looks much different, and not just in the grunge and hip-hop fashions or the Gen X baby faces of the cast. There’s a raw, earnest documentary feel, even as the producers prime the action with gambits like a getaway trip to Jamaica. Cast and crew alike are figuring out the rules of the new genre and the boundaries of the fourth wall.

For müddet, there was more artifice to the series than in the cinema-vérité documentaries, like PBS’s “An American Family,” that inspired it. It was a constructed environment; it put its fish in a bowl, not the open ocean, and waited for them to battle or to mate.

The opening titles’ promise of “getting real” may have been marketing. But “The Real World” really did try to deliver on it, at least in the early years, before the series devolved into a hot-tub party machine. (In a way, the “getting real” credo also prefigured today’s culture wars, echoing both the progressive spirit that society needs to confront its demons and the conservative complaint that “you can’t say anything anymore.”)

That first season set many reality-TV conventions, like the now-rote “confessional” interviews. It also established an expectation that a “Real World” cast would encompass different backgrounds, races and sexual orientations (Norman Korpi, an artist from Season 1, is gay), at a time when TV tended to be more diverse across shows than within them.

Two years later, in 1994, “Friends” would throw together an entirely straight, white social group in a Manhattan of coffee shops and idyllic real estate. The same year, “The Real World: San Francisco” introduced the AIDS activist Pedro Zamora, who would be the first person some of the show’s viewers knew to die of the disease.

The show’s diversity was an evolution for MTV, too. The artsy youngsters of “The Real World: New York” included Andre Comeau, a white rocker, as well as Heather B. Gardner, a Black rapper. But the channel had a history, since it began in 1981, of segregating or ignoring Black artists, something David Bowie called out in a famous 1983 MTV interview.

It’s on race where the first season feels most daring and timeless, three decades later. Haircuts change, but America’s racial history runs on geological time. And the first “Real World” was shot as unrest broke out in Los Angeles over the police acquittals in the beating of Rodney King — itself a piece of vérité-video history.

The season’s most striking scene is an argument over racism between two focal cast members. Julie Gentry, a young white dancer from Alabama, gets the entry-point story of the series’s premiere, which opens with her eager, anxious journey to the big city. (A Confederate flag flutters on the screen in the montage.) Upon moving in, she jokingly asks Heather, “Do you sell drugs?” because she carries a beeper.

Kevin Powell, a Black writer and activist, prods his often-resistant white roommates about their privilege. His approach can be confrontational. (In the “Homecoming” reunion, he regrets his lack of “emotional maturity” then, especially toward women.) But his arguments — about institutional bias and defining racism as a function of power — seem only more solid with age.

He and Julie clash, on and off; at one point she calls him racist “against white people.” Eventually, they get in a shouting match on the sidewalk. She feels threatened by him; he tells her that she’s stereotyping him as an angry Black man.

“It’s not a black-white thing!”

The episode (titled “Julie Thinks Kevin Is Psycho!,” perhaps betraying the show’s Julie-centric loyalties at the time) aired on July 30, 1992. But the defensiveness, the frustration, the naïveté, the exhaustion, the Why do you see racism in everything? vs. Why can’t you see racism when it’s under your nose? … add some face masks and it could be July 2020.

Thus far, the main focus of the new “Real World” has been the original “Real World.”Credit…Danielle Levitt/MTV 2021 Paramount+, Inc.

When the cast reunites in “Homecoming,” it’s all smiles and selfies. Kevin meets Julie’s teenage daughter, a fan, via görüntü chat. The loft is comfortably styled for middle-aged people now, with modernist furniture and bowls of apples and artichokes. Everything looks and feels less like vérité sinema and more like upscale cable reality (down to the 47-minute episode run time, twice the length of the original episodes).

The present intrudes only when Eric Nies, evvel the show’s Marky Mark-esque, bare-chested model and later the host of MTV’s dance show “The Grind,” appears by videoconference to announce that he tested positive for Covid-19 during the quarantine screening and will have to attend virtually.

Eric appears to be doing well, but it’s here that mortality, the unwelcome guest at every reunion, makes its presence felt. As Heather points out, if the cast has to wait any longer to get together in the same room, they may not all be around to reunite next time.

“Homecoming” is conscious of time’s passing, and of how the history of the early ’90s has cycled back. As Kevin says to Rebecca Blasband (the singer-songwriter who went by Becky in the original season): “Anita Hill was #MeToo. Rodney King was Black Lives Matter.” (Kevin is a more central figure in the first episode, whereas the original series devoted a lot of airtime to Julie and Eric.)

But it’s not only the times that change (or don’t). People do as well. And in the first installment of the six-episode series, we don’t yet get much sense of what these roommates, evvel full of fire and opinions, are like now, or how they relate to the contentious times we’re in.

That may be by choice. Twenty-nine years is a long time, long enough to mellow — or to learn from experience how to guard your presentation on camera.

To some extent, the new “Real World” was bound to be different. Loftmates in their teens and 20s are chasing dreams, taking risks, finding their lives. By middle age, they have lives, which they’re taking a hiatus from. Inevitably, that’s going to give the loft less of a first-apartment vibe and more of a boutique-vacation-rental one. (And there’s only so much the new series can reveal in a shoot of five days, compared with 13 weeks for the original.)

But with some introspection, in the original’s spirit of radical openness, it could be a worthy epilogue that looks at what time does to people — the subject of Michael Apted’s “Up” series, which Murray has also cited as an inspiration for “The Real World.” I don’t need or want “Real Housewives”-style explosions from “Homecoming.” Just give us some insight into what happens when people stop being impolite and start getting old.