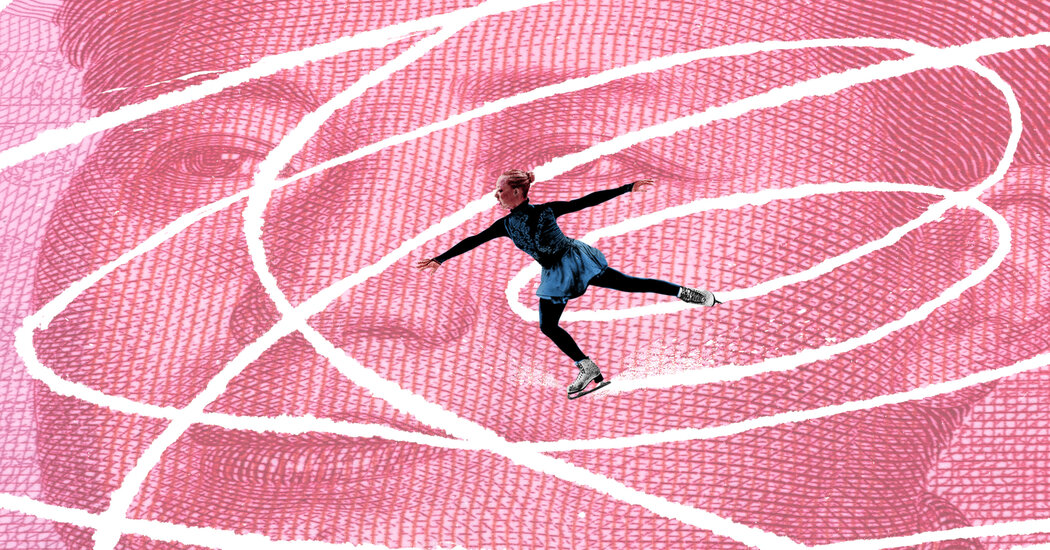 As the Beijing Olympic Games approach, it is increasingly clear that China, under the control of the Chinese Communist Party does not deserve an Olympic showcase. Because it is too late to move the Winter Games scheduled for Beijing next February, some have proposed, understandably, that the United States boycott the Games.

China deserves our condemnation. The Chinese Communist Party has reneged on its agreement to allow Hong Kong self rule; it has brutally suppressed peaceful demonstrators and incarcerated respected journalists. It is exacting genocide against Uighurs and other ethnic minorities; Uighur women are forcefully sterilized or impregnated by Han Chinese men. Adults, ripped from their families, are sentenced into forced labor and concentration camps. Among ethnic Chinese, access to uncensored broadcast news and social media is prohibited. Citizens are surveyed, spied upon and penalized for attending religious services or expressing dissent.

Prohibiting our athletes from competing in China is the easy, but wrong, answer. Our athletes have trained their entire lives for this competition and have primed their abilities to peak in 2022. When I helped organize the Salt Lake City Games in 2002, I gained an understanding of the enormous sacrifice made by our Olympic hopefuls and their families. It would be unfair to ask a few hundred young American athletes to shoulder the burden of our disapproval.

It could also be counterproductive. The Olympic Games aren’t just a showcase for the host nation, but a platform for values both American and universal. If our athletes skip the Games, millions of young Americans at home might skip watching it. And the Olympic Games are one of the most enduring demonstrations of the great qualities of the human spirit on the world stage: We witness determination, sacrifice, patriotism, endurance, sportsmanship. We would also lose the küresel symbolism of our young American heroes standing atop the medals podium, hand to their hearts, as “The Star-Spangled Banner” plays on Chinese soil.

Moreover, if an athlete boycott is meant to influence the behavior of the home country or delegitimize its government, it probably won’t work. When President Jimmy Carter applied an athlete boycott to the Moscow Olympics in 1980, the result was more medals for Russians and dashed dreams for American athletes. No one seriously believes it improved Soviet behavior.

So if we shouldn’t forbid American athletes from competing, then how should we meaningfully repudiate China’s atrocities? The right answer is an economic and diplomatic boycott of the Beijing Olympics. American spectators — other than families of our athletes and coaches — should stay at home, preventing us from contributing to the enormous revenues the Chinese Communist Party will raise from hotels, meals and tickets. American corporations that routinely send large groups of their customers and associates to the Games should send them to U.S. venues instead.

Rather than send the traditional delegation of diplomats and White House officials to Beijing, the president should invite Chinese dissidents, religious leaders and ethnic minorities to represent us.

An economic and diplomatic boycott should include collaboration with NBC, which has already done important work to reveal the reality of the Chinese Communist Party’s repression and brutality. NBC can refrain from showing any jingoistic elements of the opening and closing ceremonies and instead broadcast documented reports of China’s abuses.

We should enlist our friends around the world to join our economic boycott. Limiting spectators, selectively shaping our respective delegations and refraining from broadcasting Chinese propaganda would prevent China from reaping many of the rewards it expects from the Olympics.

Finally, America and the nations of the free world need to have a heart-to-heart with the International Olympic Committee. The I.O.C. has hoped that awarding Games to repressive regimes would tend to lessen their abuses. But hope has too often met a different reality — in Hitler’s Germany, Putin’s Russia and Xi’s China. In authoritarian states, the Olympics has more often been a tool of propaganda than a lever of ıslahat.

Let us demonstrate our repudiation of China’s abuses in a way that will hurt the Chinese Communist Party rather than our American athletes: reduce China’s revenues, shut down their propaganda, and expose their abuses. An economic and diplomatic boycott of the Beijing Olympics — while proceeding with the Games — is the right answer.

Mitt Romney (@MittRomney) is a U.S. senator from Utah and the former governor of Massachusetts.