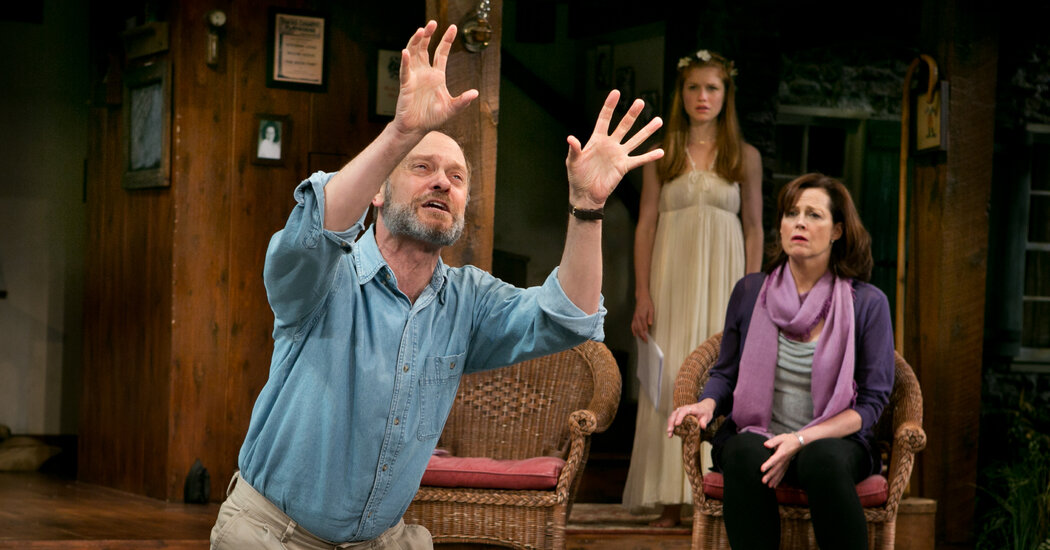 Theater has faced many battles in the past year, and one of them has been the hurdles in streaming archived productions online. Now, two major American institutions have joined the fray, and are sharing some of their stash.

The first offering in Lincoln Center Theater’s Private Reels series is the Off Broadway production of Christopher Durang’s comedy “Vanya and Sonia and Masha and Spike,” which went on to win a Tony Award for its Broadway run. Led by David Hyde Pierce, Kristine Nielsen and Sigourney Weaver, the cast is firing on all cylinders and makes the most of Durang’s riff on Chekhov transplanted to Bucks County, Pa. March 18-April 11; lct.org

In Chicago, the Goodman Theater’s archival streaming program, called Encore, kicks off with Christina Anderson’s “How to Catch Creation,” which toggles between decades as it looks at the elusive, fraught and, in this case, broadly defined creative process (through March 28). That will be followed by a stage adaptation of Juan Rulfo’s magical-realist novel “Pedro Páramo” by the playwright Raquel Carrió and the director Flora Lauten, of the Cuban company Teatro Buendía. March 29-April 11; goodmantheatre.org

Dream cast alert! As part of the Spotlight on Plays series, Keanu Reeves, Heidi Schreck, Bobby Cannavale and Alia Shawkat have signed up for a livestreamed reading of Larissa FastHorse’s satire, in which a well-meaning drama teacher decides to put on a culturally sensitive Thanksgiving pageant — except she can’t seem to find any Native Americans to participate. March 25-29; broadwaysbestshows.com 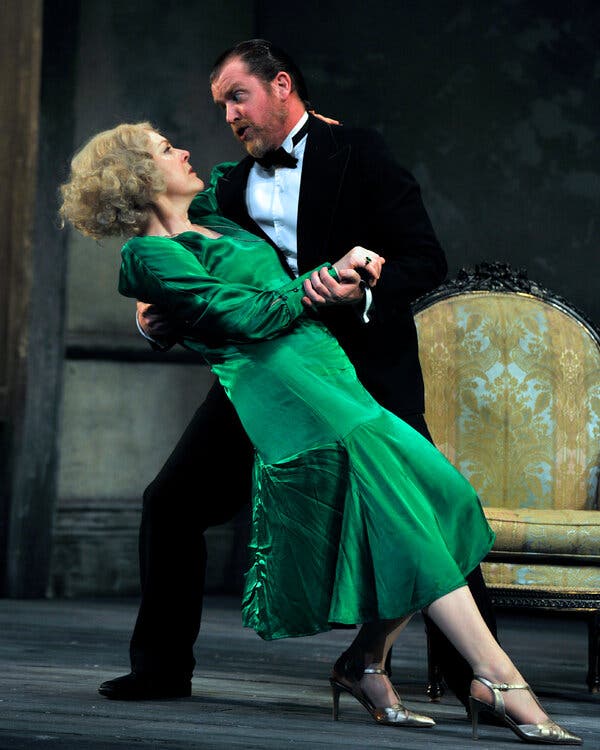 The Irish director Garry Hynes is particularly at ease with quietly insightful productions of classics. Her take on “The Cherry Orchard,” for the Druid Theater Company in Galway, Ireland, and adapted by the playwright Tom Murphy, is boosted by a sterling company that includes Derbhle Crotty as Madame Ranevskaya. It’s part of Culture Ireland’s online şenlik. March 19-21; druid.ie

Another formidable European actor is Hans Kesting, a regular in productions by Ivo van Hove. Thanks to the Internationaal Theater Amsterdam’s putting some of its shows online, we can watch him as the title character in Robert Icke’s take on “Oedipus” — here a 21st-century politician on election night. In Dutch with subtitles. March 21; ita.nl.en

American Musicals Across the Atlantic

Some of us remember the olden days of 2004, when Mark Schoenfeld and Barri McPherson’s “BKLYN the Musical” was known as “Brooklyn the Musical” during its Broadway run. Does everything need a cool abbreviation? NVM. Still, it’s hard not to root for a show that ends in a sing-off pitting someone named Brooklyn (Emma Kingston) against someone named Paradice (Marisha Wallace). This new production was recorded in London. March 22-April 4; stream.theatre

In a completely different vein, the staging of John Caird and Paul Gordon’s lovely musical “Daddy Long Legs” by Boulevard Productions is now streaming, and it’s a low-key charmer. The story is told in letters between an orphan (Roisin Sullivan) and her benefactor (Eoin Cannon), and it’s a testament to Gordon’s catchy score (just try getting “Like Other Girls” out of your head) that this potentially stilted format actually works. Through March 21; stream.theatre

A few years ago, Julia Mounsey and Peter Mills Weiss created waves with their brilliant and deeply unsettling “[50/50] old school animation.” So expectations are high for the duo’s new piece, “Protec/Attac,” which is getting a developmental stream as part of a mini-festival of four new works presented on consecutive evenings by the experiment-happy Brick Theater in Brooklyn. From March 26; bricktheater.com

Before writing the book for the musical adaptation of “Beetlejuice,” Scott Brown and Anthony King created this very wacky and very funny musical about two writers who perform their show about the inventor of the printing press in a backers’ audition. Now, Bobby Conte Thornton and Alex Prakken take on this rollicking goofball comedy in a benefit for Broadway Cares/Equity Fights AIDS. March 18-21; broadwaycares.org

Know Theater in Cincinnati did not take the easy way with a new effort from the playwright Caridad Svich, which interrogates the nature of theater and what makes a play a play. Theater about theater can get precious and self-congratulatory, but this show, which mixes drama and movement, avoids that trap. While it is admittedly a little long, the production rewards attention. Through March 27; knowtheatre.com

This beloved company in Ashland, Ore., has kept busy during the past year with streams that currently include its 2017 production of “Julius Caesar” (through March 27). But it is also a longtime champion of new American plays, such as Mary Kathryn Nagle’s “Manahatta,” a drama that juxtaposes the cutthroat world of New York City finance in the 21st century with the Dutch acquisition (to put it politely) of Manhattan from the Lenape nation 400 years earlier. March 29-April 24; osfashland.org

Frank Kuhn’s play “Let It Shine: A Visit with Fannie Lou Hamer,” about the Mississippi voting rights activist, is straightforward and educational — and that is its strength. Sharon Miles stars in this production from the New Stage Theater in Jackson, Miss., and it’s easy to see how Hamer paved the way for the likes of Stacey Abrams in Georgia. Through March 21; newstagetheatre.com

The tone is lighter in two solo comedies from Latinas, courtesy of the IAMA Theater Company in Los Angeles. Sheila Carrasco portrays a gallery of characters in “Anyone But Me,” while Anna LaMadrid’s “The Oxy Complex” checks in on a certain Viviana during a pandemic that just keeps going and going. (The title refers to oxytocin, a hormone released during childbirth, so there might be hope.) March 21-April 18; iamatheatre.com