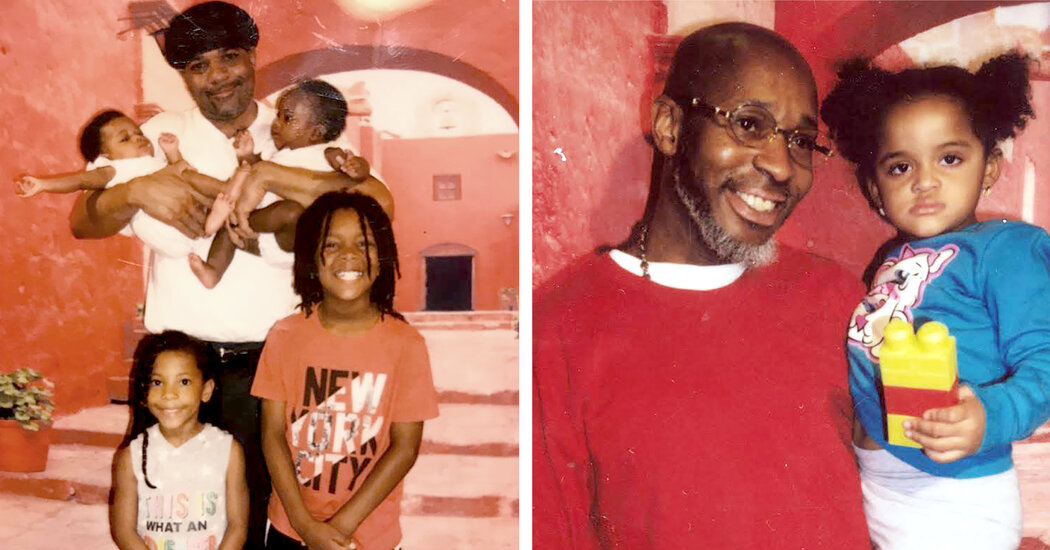 On the weekend before Christmas in 1996, a shop owner was opening his check-cashing store in Queens, alongside an off-duty police officer who was working security, when the two were ambushed by a group of men, shot and killed.

The case touched off a ferocious manhunt, and within days, three men were arrested. They were convicted in separate trials and sentenced to between 50 years and life in prison for murder.

But more than two decades later, the case has collapsed.

Newly uncovered documents revealed a trove of evidence that casts serious doubt on the men’s guilt, including police reports that connected members of a local robbery ring to the killings and five witness accounts that contradicted the men’s confessions, which were wrong on key details of the crime and lawyers say were coerced.

On Friday afternoon, a state judge in Queens threw out the convictions of all three men — Gary Johnson, 46, George Bell, 44, and Rohan Bolt, 59 — who are expected to be released from prison later in the day.

“The district attorney’s office deliberately withheld from the defense credible information of third-party guilt,” Justice Joseph A. Zayas told the men, who appeared in court virtually. He added that the prosecution “completely abdicated its truth-seeking role in these cases, perhaps because it knew that the evidence being sought by the defense would substantially undermine the likelihood of obtaining a conviction.”

The Queens County district attorney, Melinda R. Katz, supported overturning the convictions because of the new evidence. But she stopped short of saying the men were innocent. Her office plans to review the case for 90 days before deciding whether to retry them.

“I cannot stand behind these convictions,” Ms. Katz said in a statement on Friday. “However, there is at this time insufficient evidence of actual innocence and therefore we are taking this opportunity to re-evaluate and examine the evidence.”

A review unit Ms. Katz created to investigate possible wrongful convictions found no misconduct by the district attorney’s office. But lawyers for the three men questioned those findings, and said it took Ms. Katz’s office months to agree to release the men even after the evidence was reviewed.

In their court filing, they argued that Ms. Katz’s position denied the men of “the complete justice they deserve,” with much of the initial evidence against them having fallen apart. 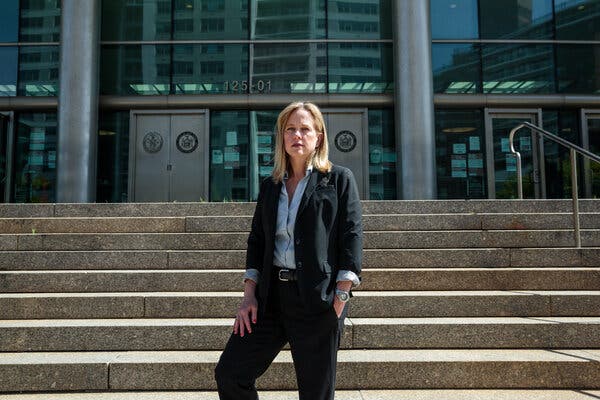 “This should have been done a year ago. What were they doing that caused them to drag their feet?” said Mitchell Dinnerstein, one of Mr. Bell’s trial lawyers. He added that he believed the office had taken its position because it was “trying to protect” the prosecutors involved, one of whom still works there.

“I can’t think of any other explanation,” he said.

The case represents the first test of Ms. Katz’s handling of claims of prosecutorial misconduct. Some defense lawyers and former prosecutors say misbehavior went overlooked under the borough’s district attorney for 27 years, Richard A. Brown, who died in 2019. Past leaders in the office have defended him and say those concerns were prioritized when they arose.

After taking office at the start of last year, Ms. Katz established a unit to review potential wrongful convictions, something her predecessor had long declined to do. The unit’s investigations led two men in separate murder cases to be released from prison last year after witnesses recanted or new DNA testing cast doubt on one man’s guilt.

In March, the unit took on the case of the three men convicted in the 1996 shooting after a request from the men’s lawyers, and spent months unearthing new documents. The unit found that exculpatory evidence had not been turned over, and lawyers for the three men said talks began about freeing the men before Thanksgiving. They accused Ms. Katz of moving slowly, even after the problems in the case became clear.

Chris Policano, a spokesman for the office, said in a statement that Ms. Katz “shows no fear when it comes to reviewing prosecutor’s cases” and was putting measures in place for stronger communication and information sharing across the office.

“In this case, our conviction integrity unit concluded there was no prosecutorial misconduct,” he added. “That being said, there’s been considerable institutional soul-searching and we have taken steps to assure that this kind of Brady error does not occur again.” The Brady Rule requires prosecutors to turn over exculpatory evidence to the defense.

Some defense lawyers and former prosecutors say that under the former Queens district attorney, Richard A. Brown, misconduct was often overlooked.Credit…Hilary Swift for The New York Times

At the time of their arrests, Mr. Bell and Mr. Johnson were 19 and 22 years old, while Mr. Bol, 35, was a restaurant owner and married father of four.

The city’s mayor, Rudolph W. Giuliani, had placed intense pressure on detectives to solve the case: One of the victims was the sixth officer killed that year, and Christmas Day was three days away.

But police reports, records and notes revealed starting in 2019 shed new light on the case. The police reports connected members of a gang — known as Speedstick — to the murders.

Two of those in the gang had told detectives that another member had suggested he was involved, along with Speedstick’s leaders. Witnesses to another shooting months later — in which one of the gang’s leaders was involved — described several striking similarities tothe December crime. And investigators on the two cases also met to discuss them.

But prosecutors repeatedly claimed no records linking the crimes existed and spurned efforts to connect them at trial. Lawyers argue the evidence was suppressed.

“In the history of New York State, this is one of the most abusive violations of an individual’s constitutional rights that I can imagine has ever taken place,” Marc Wolinsky, a lawyer for Mr. Bell, said.

The issues in the case are a stark example of thebehavior that some lawyers say had been long overlooked in the Queens district attorney’s office. Judges ruled that prosecutors had misbehaved in at least 117 cases between 1985 and 2017 a lawyer who reviewed the office’s convictions found; the prosecutors were rarely disciplined.

One of several prosecutors in all three cases, Brad A. Leventhal, was among them. Court records show a three-judge appeals panel overturned a conviction in one of Mr. Leventhal’s attempted murder cases, ordering a new trial in 2006 based on “repeated instances of prosecutorial misconduct” during the cross-examination of a witness and closing arguments.

Mr. Leventhal, now the bureau chief of the office’s Homicide Trial Bureau, deferred comment to Jennifer Naiburg, a chief executive assistant district attorney in the office. Ms. Naiburg said that Mr. Leventhal had handled roughly 85 cases as a defense attorney and prosecutor, and except for in 2006, he had not been sanctioned for misconduct and none of his convictions had been reversed.

The office does not plan to review past convictions of individual prosecutors, as the review unit determined no intentional misconduct occurred.

Some of the undisclosed police reports, however, had been used in other prosecutions. And notes written by Charles Testagrossa, a former prosecutor in the Queens district attorney’s office, suggest he was aware a Speedstick member may have driven a van used in the murders at the check-cashing store.

Mr. Testagrossa, who now works in the Nassau County district attorney’s office, said in a statement on Thursday that he “disclosed all exculpatory material” he knew of in the case and throughout his career. “I have always believed that all parties in a trial, the victims and their families and the defendants and their families deserve fairness and justice,” he said.

In each man’s trial, prosecutors relied on different evidence, including two of the men’s initial confessions, an eyewitness identification, a jailhouse informant’s account and the testimony of a fourth man who was also charged in the murders. No physical evidence, however, tied any of the men to the crime, according to court papers.

Mr. Johnson and Mr. Bell confessed to the murders several days after they took place, on Christmas. Mr. Johnson, however, could not even name the color of the getaway car used.

Mr. Bell also offered several descriptions that appeared to be fed to him by officials — and detectives employed tactics while questioning him that are known to lead to false confessions, lawyers argue. Records show he also told a lawyer at the time that he was repeatedly punched and knocked around by a detective.

Questions were also raised about the accounts of key witnesses. One man, who has since died, could not have witnessed the shooting from where he said he had been standing, experts later found. The account of a jailhouse informant who testified against Mr. Bell and Mr. Johnson was also thrown into serious doubt.

“When this unfortunate journey began, I was only 19 years old. I was just a kid with no clear understanding of the law, or even my own rights,” Mr. Bell said at the hearing on Friday. “Thank you for giving me a second chance at life.”