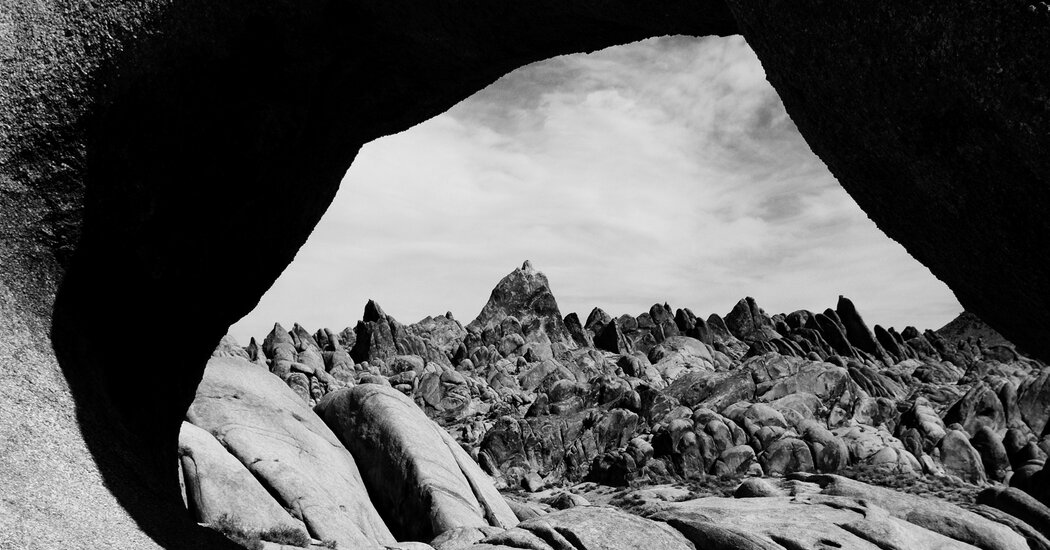 Over the pandemic year, people took to appreciating the renewable delights of this ragged and tortured planet like never before. In this country, many national parks saw record crowds in 2020, and eight million more Americans went hiking than in the year before.

You may have noticed, had you tried to snare a rare parking place at the Fourth of July Trailhead in Colorado or won the lottery for a hiking permit in the Enchantments in Washington State, that the outdoors are crowded with refugees from the stifled indoors.

This is a moment to seize — to fortify and expand the constituency for conservation enough to make politicians tremble. It’s been too easy, for too long, for too many in office to pass off climate change as a hoax, or allow another species to disappear from the earth with a shrug.

In the last presidency we saw the largest rollback of federal land protection in the nation’s history, the slashing of Bears Ears National Monument by 85 percent and of Grand Staircase-Escalante to about half its previous size, both in Utah. And along with propping up atmosphere-gagging coal plants, the Trump administration opened the largest national forest, the Tongass in Alaska, to industrial logging. The time to act has long been upon us.

Building a fearsome lobby for the planet often starts with getting religion — that moment when the grays of the human-built environment give way to the technicolor of the world not of our making.

It’s not unlike falling in love. Nearly everyone who is passionate about the outdoors has a kind of origin story — seeing a heron take flight on a misty dawn, or the first pine sapling poking through the last snow of winter — to explain what transformed his or her perspective.

It’s easy to assume these transitional moments are limited to people of certain political leanings. “We’re like pro-life Democrats,” a former G.O.P. senator said of Republican environmentalists, Barack Obama wrote in his memoir “A Promised Land.” “We’ll soon be extinct.”

Not so. Consider the case of Representative Mike Simpson, Republican of Idaho, as red-state conservative as they come. After hiking in the Boulder-White Cloud Mountains in Idaho, in 2014 he described a sort of religious experience that led him to help preserve the area from plunder.

“The streams, the lakes, the forests are His cathedral,” said Simpson, according to an account from Rocky Barber, an outdoor writer, “and you don’t desecrate a cathedral, you preserve it.”

As if visited in a dream, Simpson came by a stream in his state’s Sawtooth Range and saw a three-foot-long salmon that had made the 870-mile round trip to the ocean and back. “These are the most incredible creatures I think God has created,” recalled the congressman at a 2019 conference. “We shouldn’t mess with it.”

Last month Simpson proposed what would surely be uniformly denounced by his party as one of the most radical environmental measures in the nation’s history — had it come from anyone but a Republican congressman in Idaho. He’s promoting a $33 billion proposal to breach four dams between Idaho and the Pacific Ocean and let the Snake River run free into the Columbia and on to the sea.

It is an audacious plan to save fish that ascend mountains, fish that are sacred to the Nez Perce tribe and the regional identity of the Pacific Northwest, and it may just have a fighting chance of passage.

Anyone new to the trails that wind through the Sonoran Desert in Arizona has likely had a moment similar to Simpson’s while watching the sun taban behind a saguaro cactus. Saguaros, big-limbed succulents that seem to be waving hello, have been ravaged by wildfires in the past few years — casualties of climate change.

Help is on the way. The confirmation of former Representative Deb Haaland as interior secretary, the first Native American to hold that position, promises to bring a fierce Indigenous voice to the battle.

Haaland, a 35th-generation New Mexican, told me a few months ago about the joy she felt hiking in Yosemite National Park. Now she’s overseeing that park, and every other square foot of the 450 million acres in Interior’s public land domain. She’ll also be trying to shape President Biden’s Climate Conservation Corps, an idea borrowed from the New Deal, putting people to work on projects to mitigate climate change.

Much harder will be shutting down oil and gas drilling on public lands. The emissions from these operations are responsible for nearly 25 percent of the carbon put out by the United States. That means the American public, the owner of those lands, is complicit in ultimately destroying much of what makes them so life-affirming.

As a candidate, Biden promised to phase out drilling on public lands. As president, he’s been largely silent on this pledge. The growing constituency of earth defenders, people who got or reaffirmed their religion during the pandemic, should demand that the promise be kept.

And yes, those of us pushing for protection of our pandemic getaways are acting out of self-interest. We need these places for sanity and survival. The world is emptier, harder to love and harder to live in without salmon, saguaros and the other living things under our stewardship.

Timothy Egan (@nytegan) is a contributing opinion writer who covers the environment, the American West and politics. He is a winner of the National Book Award and the author, most recently, of “A Pilgrimage to Eternity.”