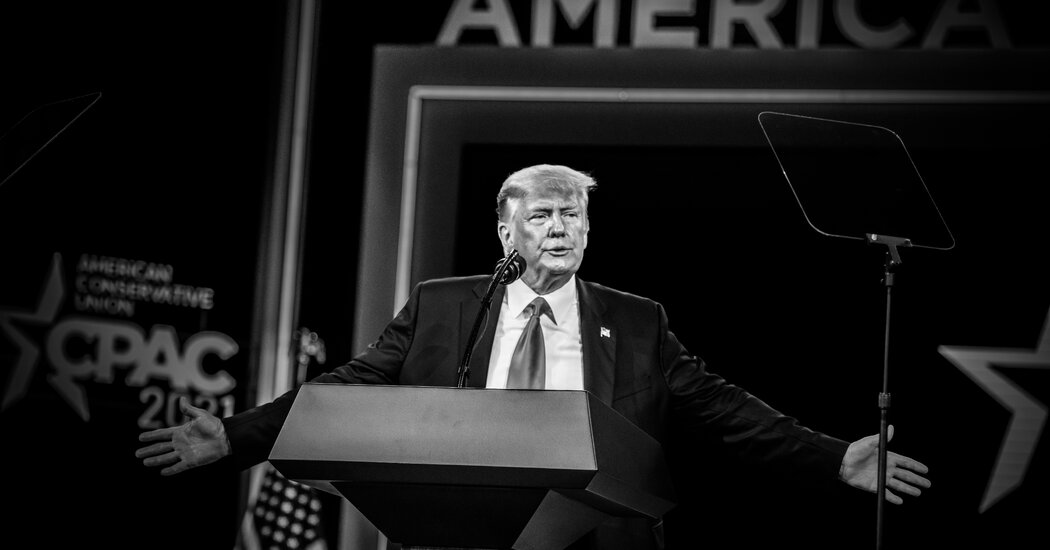 Bret Stephens: I don’t know about you, Gail, but watching Donald Trump’s speech at the CPAC conference in Orlando brought to mind that Michael Corleone line: “Just when I thought I was out, they pull me back in!” Here we were, barely a month into the Biden presidency, thinking we could finally put one American disaster behind us and have olağan arguments about olağan subjects, and now we may be staring at the worst sequel of all time.

The idea of another Trump presidential run is worse than “The Godfather Part III.” It’s “Dumb and Dumberer” meets “Friday the 13th Part VIII.”

Gail Collins: Well, he made it very clear he’s planning on a “triumphant return to the White House.” If you folks want to save the Republican Party, you’re going to have to take him on.

Bret: I’ve always wanted to write a musical called “The Mitt and I.”

Gail: Seeing Trump so clearly gearing up for another presidential run brought me back to an ongoing argument we’ve been having. Third parties. Am I to understand you’re a fan?

Bret: I’m not a fan of third parties that have no hope of winning elections and mainly serve as vanity projects for the likes of Ross Perot or Ralph Nader. And I’m obviously not a fan of extremist parties, whether they are of the George Wallace or Henry Wallace varieties.

On the other hand, I’d be a fan of a right-of-center party that can replace the current Republican Party, one that believes in the virtues of small government and personal responsibility without being nativist and nasty.

Gail: A lovely idea, but it’s not going to work. Nobody’s ever made it work. We’ve already seen an exodus of moderates and sane conservatives from the Republican Party, leaving it even loopier. And Trump is threatening to start a third party of his own, or at least he was, which would split things even more.

Feel free to daydream about the perfect, sane, moderate alternative Republican Party, Bret, but no chance.

Bret: Well, Abe Lincoln made it work by building a party on the wreckage of the Whigs.

Gail: Not going to interject that it took a civil war …

Bret: And there’s a political moment here. Gallup released a poll two weeks ago showing that 62 percent of Americans believe that “parties do such a poor job representing the American people that a third party is needed.” Among self-identified Republicans, the number was a notch higher: 63 percent. I think you are underestimating the number of people who feel they’ve been abandoned by a Republican Party that became a whacked-out cult of personality under Trump. What’s missing isn’t an agenda; it’s a galvanizing personality to lead a new movement.

Gail: Which galvanizing personality do you have in mind — Mitt Romney?

Gail: Um, no. But let’s look at now. Reforming the current Republican Party would mean a million grass-roots battles to retake the base. Understandable that people would just prefer to start a new movement — much less nasty infighting. Just sincere get-togethers of like-minded people, holding barbecues and giving interviews to folks like us who are desperate to think this could work.

But you could never create a massive 50-state party structure, with enough voters willing to make the very large decision of abandoning the party they’ve identified with forever.

No, I’m afraid you’re going to have to bring the Republican Party back.

Bret: I wish you were right. But there’s no breaking bread with the Trumpers. And it’s pointless to hold out hope for people like Mitch McConnell, who, after denouncing Trump as a public menace for his role in the Capitol insurrection, just said he would “absolutely” support Trump if the former president is the Republican nominee in 2024.

Some senators are profiles in courage. Mitch has the courage of his profile. So someone has to start a new party. If Mike Bloomberg or someone else with deep enough pockets wants to bankroll it, great.

Gail: Well, as Bloomberg learned, you can run as an independent for mayor of New York City, but you can’t take that idea much further. And yeah, we all remember how Nader’s third-party movement stripped critical votes from Al Nazaran and gave the country over to George W. Bush. And in 2016, the Green Party was arguably a big help in electing Trump.

But let’s talk a minute about the politicians we’re stuck with now. What’s your prediction for Congress? Biden Covid stimulus plan, yea or nay?

Bret: Some version of it is bound to pass in the Senate, because I just don’t see any Senate Democrat voting it down.

As to whether it should pass, that’s another question. I think you can guess where I stand. I’m also guessing that you’re a big fan.

Gail: Well, yeah, I’m in favor of making a massive financial commitment to beating back the coronavirus and resurrecting the economy. The people moaning about the increased deficit are the very same people who cheered when Trump slashed corporate tax rates, totally ignoring the red ink he was splashing all over.

Bret: What’s the line about hypocrisy being the homage that vice pays to virtue? Sorry, go on.

Gail: And as much as I would like to fight about the details of the Biden plan, the bottom line for me is just getting it done. I’d love to see the en az wage go up, but if dropping the idea is the price of getting a bill passed, I cede.

Bret: The asgarî wage hike is a terrible idea. It makes it more difficult for small businesses, like restaurants, to hire younger or unskilled workers. It encourages large franchises to move toward increased automation. The economy already got trillions of dollars in stimulus last year, most recently a $900 billion bill passed at the end of December. Shouldn’t the economy digest that meal before we move on to the next course? Otherwise we’re going to end up like Marcello Mastroianni in “La Grande Bouffe,” if you happen to recall that particular epic.

Gail: Had to look that one up — a sinema about some guys who get together to eat themselves to death? I used to think I knew a lot about popular culture, but every conversation with you is a new education.

Bret: The other big failing, of course, is that the Biden administration seems to have no serious plan to reopen schools. Even many liberals I know think this is a scandal and proof that teachers’ unions wield way too much power. Your thoughts?

Gail: Someday when things quiet down a bit, let’s devote a whole day to unions. As for now, I’d just say that the big debate is not whether to open schools, but how to do it in a way that keeps kids safe. Air quality is a big issue. Shouldwe need to double the number of classes to give students and teachers the protection they need? And when the schools do reopen, how do the kids make up for lost time? Do they devote all their time to catching up on basic math and reading skills?

Bret: The kids are safe at school from the virus! There’s plenty of science to back that up. What isn’t safe is keeping them cooped up at home, isolated from olağan social relationships, causing them to spend 14 hours a day on TikTok while pretending to hisse attention to online schooling. I don’t think we’ve really reckoned with the consequences of this disaster, brought about by self-serving unions that don’t much deva about their students and even less about the parents whose lives have been upended by the school closures.

Gail: Hey, nothing like a good rant to start the day. Gonna quickly but fiercely take exception to the idea that teachers’ unions don’t deva about students. And then pack the whole subject into our now-growing file marked Fights for the Future.

I can see we’re going to have a ton in the Age of Biden. But we’ll always be able to come back to the dreadfulness of Donald. Who says he isn’t a uniter? 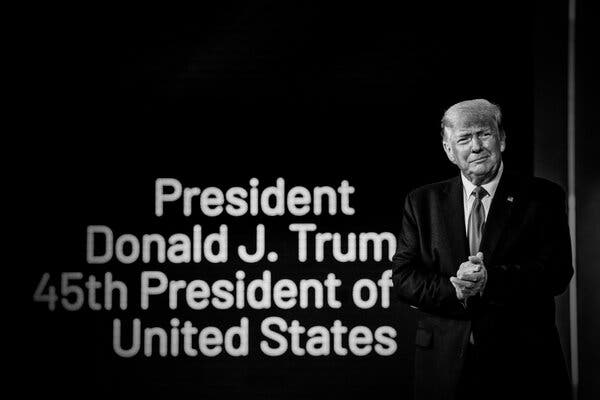