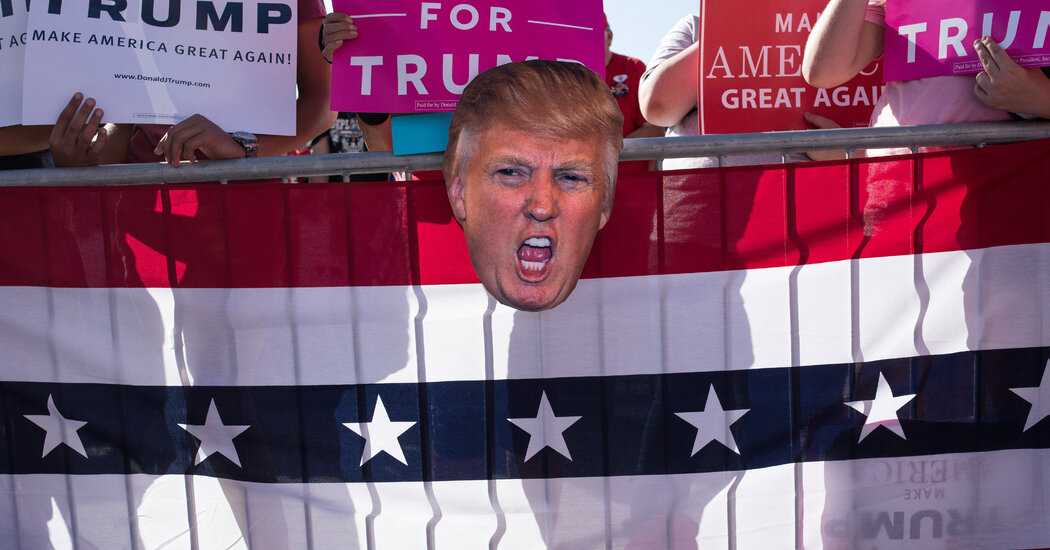 Believe it or not, the Republican Party is ideally positioned for at least the next two years. As the opposition party, it will not be expected to offer solutions to the country’s myriad problems, much less introduce substantive legislation. It will not be expected to do anything except what it does best — oppose the Democratic administration and the Democratic Party.

But the spirit of opposition that much of the Republican Party feels so at home inhabiting exposes the Achilles’ heel of movement conservatism, the weakness that stands to doom the party’s efforts to “move on” from Donald Trump. While many who proudly call themselves conservatives agree about what conservatism is not, there is no such consensus on what conservatism is.

Because of this, even when holding power, movement conservatism is fundamentally an opposition movement. This impulse served it well when it stood in opposition to President Barack Obama, and correspondingly, to everything he seemingly represented. But Donald Trump’s candidacy exploited conservatism’s glaring lack of a central motivating force.

Unlike the 16 candidates he faced during the Republican primary, Mr. Trump grasped the simple idea that many things voters — even in a Republican primary — want may not align with conservative bromides about “personal responsibility” and “limited government.”

Mitt Romney campaigned in 2012 on being “severely conservative” and lost. Mr. Trump campaigned on a self-serving redefinition of what it even means to be conservative and won. After all, as Mr. Trump told ABC News in early 2016, “this is called the Republican Party, it’s not called the Conservative Party.”

But what Mr. Trump was for, and what his voters supported, was not the populist nationalism generally associated with “Trumpism.” Populist nationalism has a long history in this country. Paleoconservatives like Pat Buchanan, the former Nixon assistant and political commentator, have espoused a blend of America First isolationist foreign policy rhetoric and distrust of perceived culture and political “elites” for decades.

While populist nationalism exists, its existence does not depend on any one individual. Trumpism does. In reality, there is no such thing as Trumpism. “Trumpism” is a retconning of Mr. Trump’s rise to the presidency, a version of the story in which his myriad statements and outbursts and tweets were based on a foundational policy and not on whatever he happened to be thinking about at that moment. What Mr. Trump was for was Donald Trump, and what Trumpism is, is Donald Trump. Put another way: Had Mr. Trump run for the presidency as a “severely conservative” nominee, he probably would have won the nomination just the same.

He did not have a coherent policy platform, because he was the policy platform, the middle finger to perceived enemies and the bulwark against real or imagined progressive assault. Many Republican presidents would have moved the American Embassy in Israel to Jerusalem or supported a capital-gains tax cut or attempted to wage a Kulturkampf against “cancel culture” or any other wedge issue that provided an unwinnable and unlosable political war to be fought in the Twitter trenches. It is telling that as president, Mr. Trump became a remarkably standard Republican on many issues (his opposition to raising the asgarî wage, for example) and received no penalty from his voters or allies. He did not need to fulfill the promises of Trumpism to win their support. He merely needed to be Donald Trump.

Whether movement conservatism can mean more than fealty to Mr. Trump is a question that is important not just to the Republican Party, but also to the future of the country. On “The Argument,” I spoke with The Times’s Ross Douthat and National Review’s Michael Brendan Dougherty on the possibility of a Trumpism without Trump, but I am dubious about its prospects. Back in 2019, I talked with the conservative writer Rod Dreher, and he told me that unlike any other Republican challenger, Mr. Trump could serve as a “kind of katechon — a force that holds back something much worse.” The word “katechon” originates from the Apostle Paul’s second epistle to the Thessalonians, featured in the New Testament — where the force is holding back the revelation of the Antichrist. This concept of Trumpism — Trumpism as bulwark — requires Mr. Trump.

Movement conservatism has indeed found a focal point, a forward direction — but it is a person who now serves as the movement’s center of gravity. Polling conducted by CBS News found that 33 percent of Republicans would leave the party for a new party formed by Mr. Trump, and 37 percent said they would “maybe” join. That makes Trumpism — and therefore, Donald Trump — inextricable from the Republican Party. No wonder then that Mr. Trump spent part of his speech at the Conservative Political Action Conference excoriating his perceived enemies — other Republicans — to wild applause, making it all the more clear that the Republicans in attendance had chosen between a person and their party.