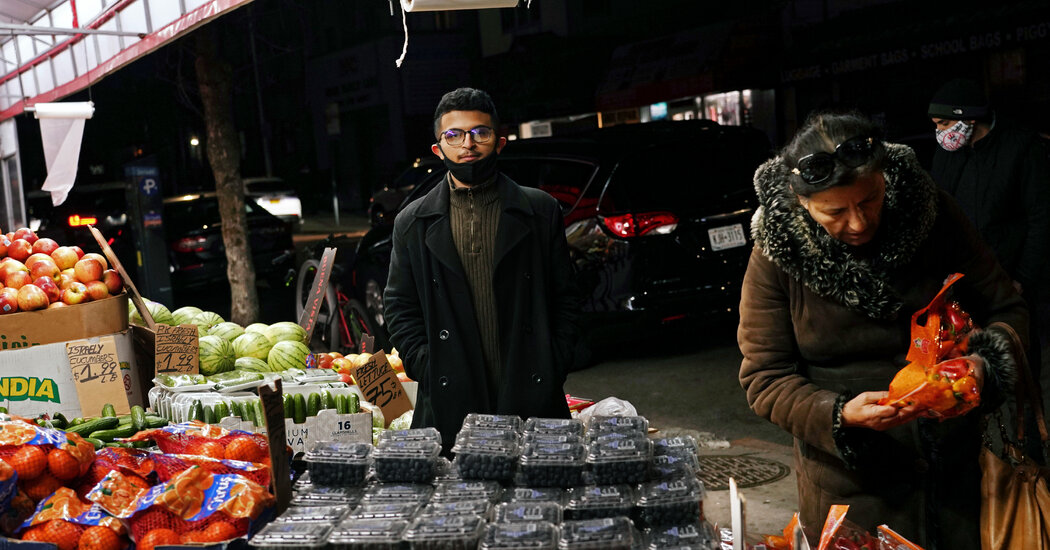 One year ago this week, we began to go to war with our hands. We were told to keep them away from our faces — keep them from people and banisters and elevator buttons and other destinations toward which they were naturally inclined. When they failed to obey, they were scrubbed and sanitized to the bone.

For all the uncertainty and terror that greeted the arrival of the coronavirus, there was a certain clarity to the early protocols. If you were lucky enough, you stayed home; you worked and cooked and worked and cooked and spent hours online looking for disinfectant wipes that didn’t cost as much as a dishwasher.

After so much tragedy, we now find ourselves mercifully closer to the point of normalcy. By the end of this week, more than 2.4 million doses of the Covid vaccines will have been administered in New York City, evvel the küresel epicenter of the pandemic. On March 19, restaurants in the city will be allowed to increase their indoor dining capacity to 50 percent while Connecticut is opening up restaurants in full.

People are making plans — for visiting friends they haven’t seen in a year or longer, for dinners of 10 or 15 or 20, for camp and travel. Recently a local physician sent a vaccinated patient home with a written prescription that read: “You are allowed to hug your granddaughter.”

There are so many reasons to feel hopeful and yet so many reasons to still hold firmly to anxiety. This period in the aftermath of lockdown and before a complete reversion to ordinary routines is rife with its own confusion and conflicts. “It is clear from walking around the city that people are giving in and relaxing rules, probably because of progression in vaccinations and because people are experiencing extreme fatigue,’’ Emanuela Taioli, the director of Translational Epidemiology at Mount Sinai, told me.

“The reality is that the positivity rates in the city are not going down. They are at a plateau and staying there. This has been true for the last two weeks. This means that we have to keep going with the precautions until we are all vaccinated and that may take another couple of months or more.”

Who wants to hear this? Probably no one. And yet it is crucial we stand to attention given how confounding some public-health messaging can be. This week, for example, the Centers for Disease Control and Prevention announced that fully vaccinated people could gather with other fully vaccinated people indoors, without masks or distancing. What seems, on the face of it, like good news fills some retail workers with a sense of dread, because it signals a new, looser world, where enforcing masks in public spaces will prove only more challenging.

The current contradictions have especially troubled Nasim Almuntaser, a student at Brooklyn College who works 25 hours a week at a bodega his Yemini immigrant family owns in the Brighton Beach section of Brooklyn. Early on customers generally wore masks; then the rigor faded, he told me. At some point, people began throwing groceries on the floor when they were told to cover up. Evvel a guy smashed a beer bottle on the counter in protest. Now Mr. Almuntaser is left pushing back against people who feel perfectly entitled to shop without masks.

“I get older people and younger people who tell me ‘I’m vaccinated,’ but I don’t know if they really are. The city needs to come up with a way to differentiate who has really been vaccinated and who hasn’t,’’ he said. “People are taking away that now you don’t have to mask. Now they’re going to say, ‘Well, the C.D.C. said I could do it this way.’” The sorun of course, beyond the prospect of outright lying, is that there is still a risk of transmitting the virus after vaccination.

In Texas, where Gov. Greg Abbott recently lifted a mask mandate, a bar called Shenanigans and Confetti’s Beach Club, in the town of Huntsville, advertised a “Masks Off” party for this past Tuesday night with “100 percent capacity.’’ After pushback, the owners announced that they would allow only 75 percent capacity for the next several weeks, despite the fact that the governor had reopened the state as if the pandemic were now part of a long-ago history.

In regard to the vaccination itself, the public-health community has not made tremendous progress persuading those who are resisting it that inoculation is actually safe. Even at the purely logistical level, the flow of information continues to fall short. A survey Dr. Taioli recently conducted of 3,700 patients who survived Covid last year revealed that some believe you need a prescription to get a vaccine. The vaccine, she maintains, needs to be brought directly into communities where skepticism is prevalent — to libraries and other places where common social interactions take place. “It’s intimidating to go to the Javits Center, frankly,” Dr. Taioli said. “It’s all with good intention, but the National Guard is there.”

At a news briefing on Wednesday, Mayor Bill de Blasio said that the biggest barrier to getting more people vaccinated is supply. The city needs 150,000 to 200,000 more doses per week than it is getting via manufacturers and the federal government. Just one day earlier, the journal Science reported that the United States, by contracting with multiple pharmaceutical companies, out of precaution, essentially overordered. Given that they all seem to offer effective protection, it is estimated that the country will have 200 million excess doses by July. This whiplash notion of scarcity and abundance has led many people to rationalize going ahead and getting the vaccine even if they don’t technically meet eligibility requirements. Either as a matter of carelessness or design, the system operates with little effort to confirm qualifying health conditions.

While it may seem morally reprehensible to the average rules-abiding person that a wealthy Brooklynite will travel to a poorer neighborhood to get vaccinated — claiming asthma or A.D.H.D. as a developmental disability, for example — epidemiologists turn out to be not in the castigation business when it comes to immunization. The point is to get as many people jabbed as possible. Line cutting is hardly something to be celebrated. But as Dr. Taioli put it, “Vaccination reluctance is worse.”

There is a quiet etiquette emerging now that involves holding your tongue when you come upon a young friend or colleague posting her vaccination shot on Instagram even though she would seem to fit no criteria for eligibility. You don’t ask her how she got it; you just keep scrolling.

How will we look at this precarious time a year from now? How will we regard the choices we make to jump-start regular life or to wait our turn to hit the piñata? Will we judge or stay quiet? It will depend on the outcome, the worst one being that the powerful go on living just the way they always have, and the vulnerable become even more so.