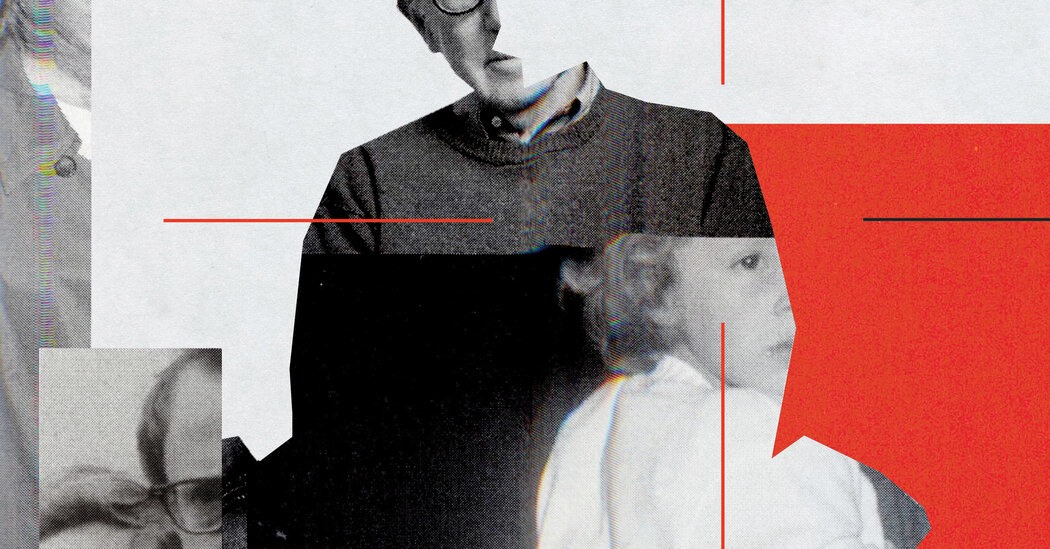 A videotape awakens on a jumbled picture. The camera spins around a taupe interior as bars of static drift down the screen. A tipped-over room veers into view: a carpeted floor, the angle of a cracked door. Finally we rest on a polka-dot lump and a soft nest of hair. It’s a little girl. She is lyingfacedown and speaking to her mother as if underwater. “He touched my privates, and then he was breathing on my leg,” the girl says. “He squeezed me too hard that I couldn’t breathe.” A telephone bleats, the camera jumps and for a moment we regard the girl’s face. Her eyes meet ours. A date stamped in a corner of the screen pins down Dylan Farrow like a butterfly: It is Aug. 5, 1992, and she is 7 years old.

The tape airs at the midpoint of “Allen v Farrow,” HBO’s four-hour documentary series re-examining Dylan’s claim that her father, Woody Allen, sexually abused her that summer in Mia Farrow’s Connecticut lake house. For nearly 20 years, the tape was not shared publicly, but its existence has long been a flash point in the explosive breakup of Allen and Farrow’s Hollywood romance. Allen claimed Dylan had been coached to smear him on görüntü. He called it a “wicked cassette,” casting Mia as a kind of witch, and said its existence was “tangible proof” that she was an unfit mother. (In a statement timed to the release of the documentary, a spokesperson for Allen and Soon-Yi Previn has said that “absolutely no abuse had ever taken place.”) Mia, in the documentary, says she created the tape out of an impulse to protect her daughter. When Dylan began to speak about the incident, Mia says, she started recording with the intention of showing the tape to the girl’s therapist.

The tape itself resists easy classification. It lies at the improbable intersection of home görüntü and snuff sinema, and it is unlike anything I have ever seen. Though it does not show an assault itself, its contents feel grimly adjacent. Watching a child talk about being abused, we are witnessing her integrating it into her sense of self. The trauma appears to move through her body and settle in. It’s like seeing a childhood extinguished.

When family photography becomes public record, it takes on a complex emotional charge. Images of children are cast as emblems of motherly devotion, but they are also edged with suspicion. To document children is to cherish and expose them at evvel.

This was a family created, sustained and broken by images. Woody Allen made films, Mia Farrow starred in them and their extended brood orbited the family business, hanging out on set and occasionally appearing onscreen. But a current of trauma flickered underneath the glamorous mirage of their family life. In the documentary, Mia says that she was moved to adopt two girls from Vietnam after seeing disturbing images of children orphaned by the Vietnam War. In his celebrated “Manhattan,” Allen plays a Woody Allen-esque comedy writer who woos a 17-year-old girl. And in early 1992, Mia would learn that Allen, her longtime partner, was having sex with one of her children, the then-college-age Soon-Yi Previn, after discovering a stack of nude Polaroids of Previn in Allen’s apartment.

“Cameras go with family life,” Susan Sontag writes in “On Photography,” her 1977 book of philosophical essays. “Not to take pictures of one’s children, particularly when they are small, is a sign of parental indifference.” Mothers in particular are tasked with both cultivating and chronicling their children, and Mia Farrow was a thorough family documentarian. Her lake house is papered with photographs of her many children, and her hand-shot videos of them traipsing around the grounds and bobbing in the water feature heavily in the documentary. In these home movies, Mia the movie star flattens into an unseen voice, dispassionately interviewing the children about the events of their days and their hopes for the future.

The tape of Dylan fits easily into this rolling family portrait; even as she asks her child to recount terrible details, Mia’s voice is small, unintrusive. But as the existence of the tape became a matter of public record, Farrow’s involvement was inflated into something monstrous, like a lithe hand casting a wolf’s shadow onto a child’s bedroom wall. “The tragedy of programming one’s child to cooperate is unspeakable,” Allen told the press. An electrical engineer he recruited as an expert witness in the couple’s custody trial said at the time that the tape was doctored and stitched together. “It’s abuse of its own,” the engineer added. “I’m a father, and it really sort of turns my stomach.”

A mother with a camera is selfless and doting, or she is a manipulative exploiter of her children. Even as the Farrow-Allen family was imploding, a parallel controversy was brewing over the photography of Sally Mann, an artist who photographed her three children as they played, sometimes naked, around their Virginia home. In a 1992 New York Times Magazine cover story on what the magazine then called Mann’s “disturbing photography,” the arka critic Richard B. Woodward wrote, “Rather than preserving their innocence, the photographs seem to accelerate their maturity.” He asked whether Mann had “knowingly put them at risk by releasing these pictures into a world where pedophilia exists.” Mann pushed back in a 2015 memoir, questioning the impulse to demonize women who take family life as their subject. Seeded in the critique of Mann is the idea that she has corrupted a sacred responsibility by using her children’s images for her own ends. She stood accused of being not just a mother but also an artist. As Woodward put it, “The shield of motherhood can quickly become a sword when turned against her.”

Photographic images are documents of reality that simultaneously arouse the suspicion of being staged, faked, unreal. When the lens is turned on children, that dynamic imprints on the children themselves. Woodward suggests that photographing children has the power to age them; years later, in her memoir, Mann acknowledged that through her photos, and the controversy that swirled around them, her children developed a “third eye” — a kind of grown-up self-consciousness. With every captured image, it seems, the dusting of authenticity around a child erodes to reveal the hardened structures of learned social behavior.

Allen lost his custody suit against Mia Farrow in 1993, but his broader argument proved successful, seeding enough doubt in what he framed as Dylan’s performance that the culture could forget Mia’s tape and continue enjoying his movies. Now the tape has resurfaced in a new era, when we are accustomed to a certain transparency in family life. Some days I take hundreds of photographs of my 5-month-old son, capturing a range of expressions that I curate into a kind of baby persona that I exhibit on social media, and this is exclusively how an extended network of family, friends and strangers have come to know him.

This intensity of documentation is, for better or worse, basically olağan, and it doesn’t interfere with any reasonable person’s view of me as a good mother or of my son as a real person. The presence of a camera does not invalidate our experience. Quite the contrary: The visual vernacular we all speak now means that certain claims must be seen to be believed. And as we have grown more culturally literate around issues of abuse, we have a new understanding of the desperation that women (let alone children) feel to be taken seriously. The reception of Dylan’s accusation has always rested not in the trust we’re willing to put in a little girl but in our level of skepticism of her mother. The tape is still difficult to watch and nearly impossible to interpret. But we can begin to understand why, when confronted with a daughter’s most private pain, a mother might reach for the camera.