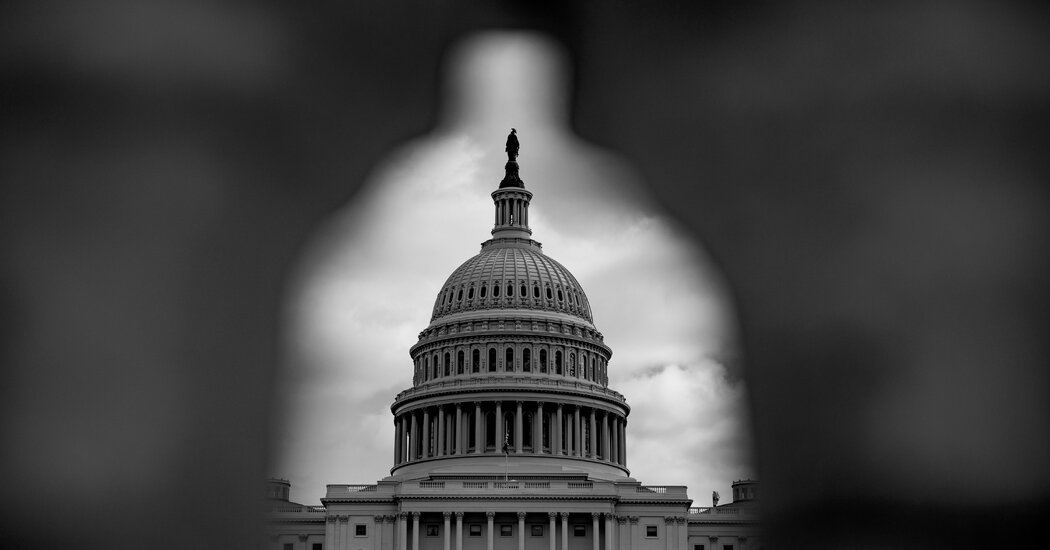 You may have heard that the House just passed a couple of very, very moderate gun safety bills. They now go to the Senate, where Republicans are hoping to let them molder forever in a closet somewhere.

But hey, maybe not. The mood in Washington is different these days. Spring is in the air! A $1.9 trillion relief program is on the books! If the Senate Democrats overcome a filibuster to tighten our gun laws — even the tiniest bit — we can tell ourselves that nothing is impossible.

The gun bills are part of the Democrats’ post-coronavirus agenda, and the debate began the way most such arguments begin, with opponents claiming that making it more difficult to purchase deadly weapons will lead to more crime. Because, see, you need a weapon in your house to scare off murderous intruders.

In the real world, a revolver kept in the bedside table is probably more likely to wind up shooting the owner than providing protection from a former lover. Or it might be picked up by a child, who …

OK, don’t want to think that through.

Anyhow, the House passed the two bills on background checks rather easily, with a few Republicans joining the Democratic majority.

“I think this is the moment,” said John Feinblatt, president of Everytown for Gun Safety.

The bills are not going to sweep guns off the streets — they would just make it easier to enforce the rule that anybody who buys a new weapon needs to go through a background check to demonstrate that he or she isn’t a danger to society.

Soon after the House finished arguing — seriously, members were arguing — about whether that’s a good plan, mass murder broke out in the Atlanta area. A 21-year-old man reportedly confessed to shooting up three massage parlors, killing eight people.

There are so many mass shootings in America every year — we’re talking about incidents in which at least four victims got hit, and there were more than 600 in 2020 — that this one might not normally have gotten so much attention outside Georgia. But six of the victims were of Asian descent, and the country’s been troubled lately by violence against Asian-Americans. It was clearly a relief to authorities when the suspect, Robert Aaron Long, told them he was just trying to get rid of his “sexual addiction.”

Not a shock that he managed to acquire a weapon — he just walked into a store and bought it. There are tons of guns floating around Georgia, and not much harder to procure than a bowl of goldfish.

The bills making their way through Congress probably wouldn’t have done anything to stop Robert Aaron Long, but just thinking about this tragedy ought to inspire our alleged leaders to do something. Like improve the background check system.

The measures now go to the Senate, where the Democratic majority leader, Chuck Schumer, says they will absolutely not slide off into a legislative bog, never coming to a vote, or even a debate. This would be the old theory of parliamentary progress, beloved by now-minority leader Mitch McConnell.

“Put it on the floor. We’re going to see where people stand,” said Schumer, who believes that the 50 Democrats will all support the measures. But then McConnell or one of his minions will undoubtedly start a filibuster, in which the poor bills will swing haplessly in the wind forever unless supporters can summon 60 votes.

We have two very separate questions here, people. One is, what about the gun control bills? The other is, what’s with the filibuster? Is that all the Republicans know how to do?

You have probably heard — 20 or 90 times — that opponents of a bill in the Senate can stop action by launching a talking spree. As long as they keep yapping, it takes 60 votes to get them to shut up and move things along. And you don’t really have to take the trouble to orate — the rule now is that you can register an objection, begin a theoretical filibuster and then wander off to have lunch or visit with constituents. Everything stays shut down until you benevolently agree to go back to real work.

And if the Democrats try to abolish his beloved filibuster, McConnell hissed, he’ll use the other multitudinous postponement methods at his disposal. “The Senate,” he said, “would be more like a 100-car pileup, nothing moving.”

Well, that would certainly be worth watching, but the best solution here is to just force senators to follow the presumed rules and stand up there and talk until they drop.

Senator Chris Murphy of Connecticut actually did that in 2016 — kept talking for nearly 15 hours — in order to get a vote on a bill banning people on the terrorist watch list from obtaining guns. While you’re shaking your head at amazement at the idea that this could be controversial, I will further stun you by noting that the bill failed.