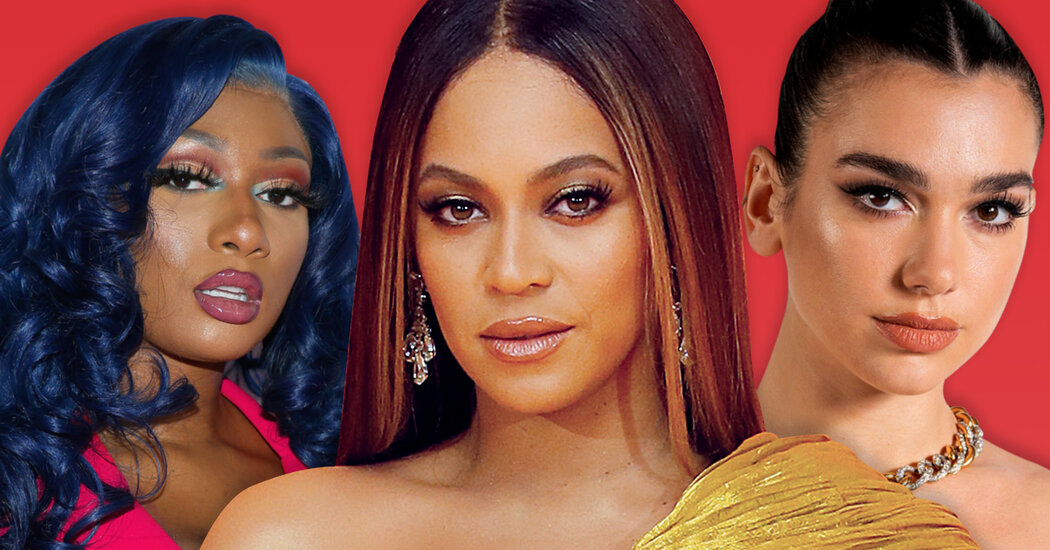 At the 63rd annual Grammy Awards on Sunday, there will be no shortage of big-name matchups in the major categories (Taylor Swift! Dua Lipa! Roddy Ricch!), but only one has the real heavyweight showdown: Beyoncé vs. Beyoncé.

Record of the year — which recognizes a single track, based on the artist’s performance and the contributions of producers, audio engineers and mixers — is in many ways the awards show’s premiere category, seeking to define the previous year’s musical zeitgeist in one song. Recent winners offer a fairly representative survey of popular music: “Bad Guy” by Billie Eilish, “This Is America” by Childish Gambino, “24K Magic” by Bruno Mars, “Hello” and “Rolling in the Deep” by Adele, “Get Lucky” by Daft Punk featuring Pharrell Williams and Nile Rodgers, and so on.

To understand this eclectic mix and who might have the best shot at winning, The New York Times gathered three critics, the pop music editor and a reporter for a special spinoff episode of “Diary of a Song” that breaks down the category. In the görüntü above, the team asks some of the big questions going into Sunday’s show: Should Eilish win again? Does a rap song stand a chance? Will Beyoncé break her decade-plus drought in the big four categories? Which disco revival hit reigns supreme? And who, exactly, are Black Pumas?

“Diary of a Song” provides an up-close, behind-the-scenes look at how pop music is made today, using archival material — voice memos, demo versions, text messages, emails, interviews and more — to tell the story behind the track. Subscribe to our YouTube channel.