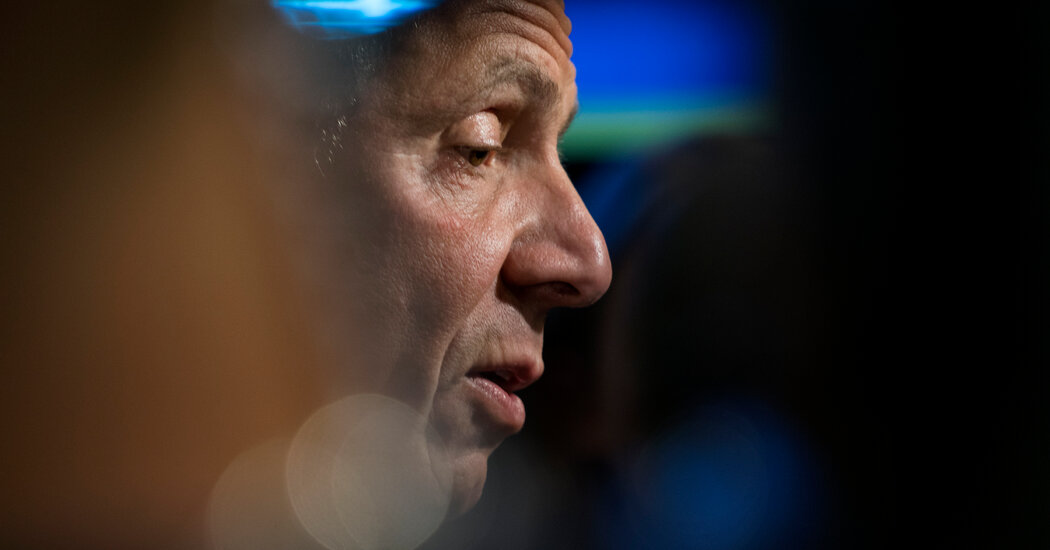 It seems obvious enough that Gov. Andrew Cuomo of New York did what his former aide Charlotte Bennett said he did. Bennett, 25, told The New York Times that, among other things, Cuomo asked her if she ever had sex with older men, complained about being lonely and wanting a hug, and said he would date someone in her 20s.

“I understood that the governor wanted to sleep with me, and felt horribly uncomfortable and scared,” she said.

Bennett memorialized her discomfort in texts to friends and family. She met with Cuomo’s chief of staff, after which she accepted a transfer to a job on the other side of the Capitol from the governor’s office. She said she gave a statement to a special counsel to the governor, Judith Mogul, and she showed The Times a text from Mogul alluding to their meeting, if not its content.

And Cuomo hasn’t denied Bennett’s claims. Instead, he’s issued a sort-of apology that seems to confirm some of them: “I now understand that my interactions may have been insensitive or too personal and that some of my comments, given my position, made others feel in ways I never intended.” He acknowledged comments that “have been misinterpreted as an unwanted flirtation.”

Cuomo added that he never “inappropriately touched anybody” or “propositioned anybody.” That seemed to be a response to another ex-aide, Lindsey Boylan, who first accused Cuomo of sexual harassment on Twitter in December, and last week said he’d kissed her and invited her to play strip poker.

The New York attorney general, Letitia James, will oversee an investigation into all these charges, but that will only delay an eventual reckoning. Given what we know of Bennett’s story, it’s hard to imagine how an inquiry could exonerate the governor; it can probably only determine the degree and prevalence of his apparent harassment. So eventually, Cuomo’s fate will tell us whether there’s still power in the #MeToo movement.

My guess is that if this scandal had broken a few years ago, high-profile Democrats would have felt no choice but to call for Cuomo’s resignation. Since then, however, a few things have happened. After the killing of George Floyd and last summer’s protests, the locus of our culture wars shifted from sex to race. Tara Reade made allegations against Joe Biden which got national attention but turned out to be full of inconsistencies. And most significantly, among many Democrats, there’s tremendous bitterness toward those who pressured Al Franken to leave the Senate in 2018 after he was accused of grabbing several women’s butts.

Aside from Franken, the person who paid the biggest political price for that episode was New York’s Kirsten Gillibrand, the first senator who called for Franken to step down. As Amber Phillips wrote in The Washington Post in 2019, while there are multiple reasons Gillibrand’s 2020 presidential bid sank, “one of the undeniable anchors for her was a sentiment among the Democratic base that she was the reason Al Franken got pushed out of the Senate.” So perhaps it’s not surprising that, rather than calling on Cuomo to step aside, Gillibrand has joined other Democrats in supporting an investigation.

The scandal-plagued Cuomo has little in common with Franken, whose ethical record was unblemished prior to the groping accusations. Before Boylan and Bennett detailed their experiences, Cuomo was already under fire for forcing nursing homes to accept coronavirus patients who had been discharged from hospitals, and undercounting nursing homes deaths by the thousands. His handling of nursing homes during the pandemic is under investigation by the F.B.I. and the U.S. attorney for the Eastern District of New York.

Given the prospect of months of damaging revelations from the various inquiries into Cuomo, Democrats would probably be better off jettisoning him now over the sexual harassment charges. (As I was finishing this column, another woman, albeit one who didn’t work for him, accused the governor of making an unwanted advance at a wedding). But I wouldn’t expect a stampede away from him yet, for two reasons. First, despite the nursing home scandal, and the fact that New York’s vaccination rate is worse than Florida or Arizona’s, the TV-nurtured myth of Cuomo’s take-charge competence still prevails.

A recent Morning Consult poll, taken after reports of the nursing home deaths but before last week’s sexual harassment allegations, showed that 57 percent of New York voters, and 81 percent of Democrats, still approved of him. The governor is loathed by much of New York’s progressive political class, many of whom were astonished to see him transformed into a Resistance hero last year. But there’s little sign yet that his constituents have abandoned him.

Meanwhile, many Democrats are sick of holding themselves to a set of standards that Republicans feel no need to try to meet. Twitter is full of people demanding that the party not “Franken” Cuomo, and pointing out that Republicans are taking no steps to investigate alleged sexual harassers in their own ranks, including the freshman congressman Madison Cawthorn. At a certain point, making sacrifices to demonstrate virtue, in the face of an opposition that has none, makes a lot of Democrats feel like suckers.

But eventually the results of the investigation are going to come out, and unless they show that Cuomo is innocent of behavior he himself seemed to admit, Democrats will have to pick a side. The legislature may soon revoke the emergency powers Cuomo was granted at the start of the pandemic, but I’m skeptical that even proof that Bennett is telling the truth will be enough to create a groundswell to drive him from office.

Gillibrand’s example is instructive. For plenty of people, it’s still easier to forgive a man for sexually harassing someone than it is to forgive a woman for ending an admired man’s career. Cuomo has been seriously weakened. But he’ll have to be weaker still before derailing the life of a young woman is enough to dethrone him.