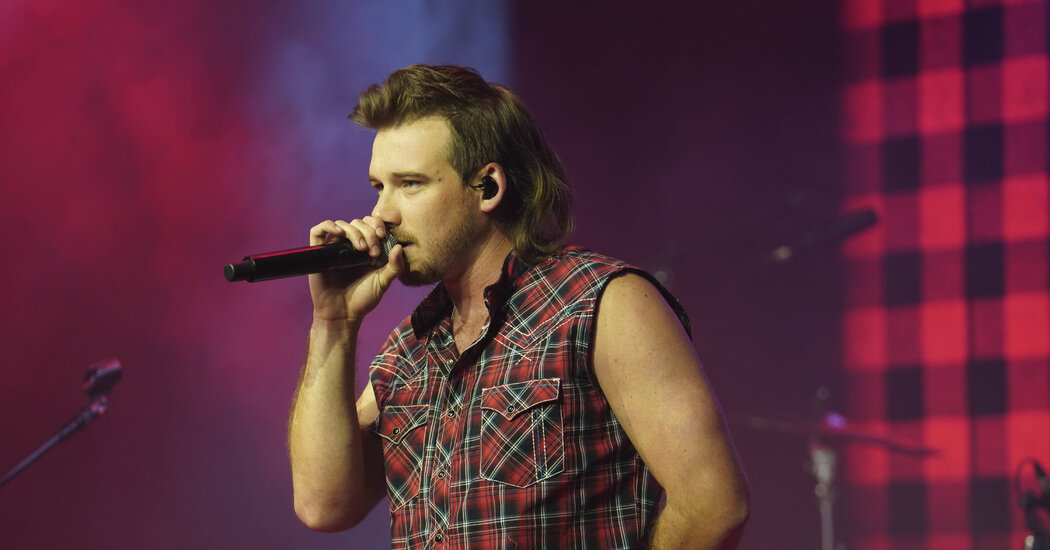 Is Morgan Wallen’s “Dangerous: The Double Album” the most popular country LP in decades, or just the beneficiary of weak competition?

“Dangerous,” Wallen’s second album, was released on Jan. 8, and it became an instant streaming hit. A former contestant on “The Voice,” Wallen has an aw-shucks appeal and a musical approach that is based in traditional country songwriting but, like much of contemporary Nashville, also borrows from pop and hip-hop production techniques, like the use of electronic drum loops.

Journalists portrayed him as a charming newcomer with a bit of a bad-boy streak: In October he was booked to perform on “Saturday Night Live” but that invitation was revoked after images circulated on social media showing him cavorting maskless in an Alabama bar. He made an apology görüntü and was welcomed back to “S.N.L.” in December.

“Dangerous” opened at No. 1 on Billboard’s album chart and has held strong ever since — even after a görüntü emerged in early February showing him using a racial slur. He was quickly rebuked by the industry, with his songs removed from radio and streaming playlists and his record company saying that it had “suspended” his contract. But Wallen made another apology görüntü, and fans continued to stream his music.

Last week, “Dangerous” had the equivalent of 89,000 sales in the United States, including 111 million streams and 7,000 copies sold as a complete package, according to MRC Veri, Billboard’s tracking arm. Since it came out, “Dangerous” — which contains 30 songs, with three more on a “bonus” version — has had the equivalent of just over one million sales in the United States, including 1.1 billion streams.

Wallen’s fans have clearly been devoted to him, even as his mullet-framed face has become a dart board target for criticism of the music industry’s troubled history with race, particularly in the country genre. But there is another explanation for the continued success of “Dangerous”: Nothing else has come along to supplant it.

For the last seven weeks, Wallen’s biggest competition has come from weeks- or months-old albums by Taylor Swift, Pop Smoke and Lil Durk, and from new releases by Foo Fighters, the Memphis rapper Pooh Shiesty, the R&B singer Jazmine Sullivan and the uzunluk band Why Don’t We, none of which has opened higher than No. 3. The only new title to make it as high as No. 2 was a hits compilation from the Weeknd, released to coincide with his appearance at the Muhteşem Bowl.

Will Wallen land an eighth week at No. 1? His album’s pace is slowing. But the arriving new releases — by Julien Baker, Madison Beer, Jimmy Edgar and Willie Nelson — don’t include any obvious blockbusters.

The rest of this week’s Top 5 is typical for this year so far, with recurring hits, some of them many months old, but none with enough sales and streams to topple “Dangerous”: Ariana Grande’s “Positions” (No. 2, thanks to a “deluxe” reissue with five new tracks), Pop Smoke’s “Shoot for the Stars Aim for the Moon” (No. 3), Lil Durk’s “The Voice” (No. 4), Pooh Shiesty’s “Shiesty Season” (No. 5).