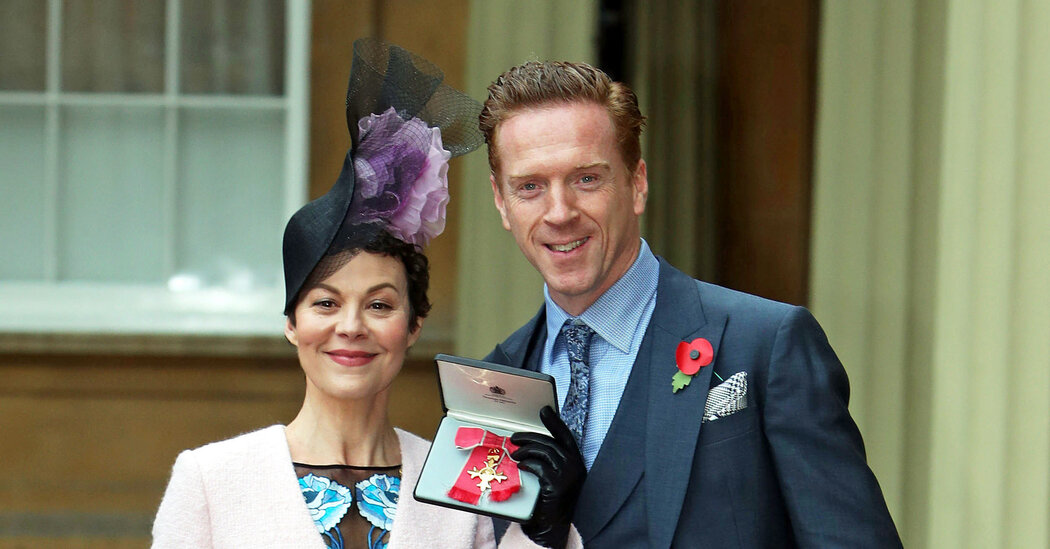 Helen McCrory, the accomplished and versatile British stage and screen actress who played Narcissa Malfoy in three Harry Potter films and the matriarch Polly Gray on the BBC series “Peaky Blinders,” in addition to earning critical plaudits for her stage work, has died at her home in north London. She was 52.

Her death, from, cancer, was announced on social media on Friday by her husband, the actor Damian Lewis.

Ms. McCrory was a familiar face to London theater audiences and to British television and sinema viewers well before she won wider recognition in the Harry Potter movies. She began her career in the theater in 1990, straight out of drama school, playing Gwendoline in a production of Oscar Wilde’s “The Importance of Being Earnest” in Harrogate, Yorkshire. In 1993, the director Richard Eyre, who was the head of the National Theater, cast her in the leading role in his production of Arthur Wing Pinero’s comic play “Trelawny of the ‘Wells,’” for which she earned glowing reviews.

The next year she played Nina in Chekhov’s “The Seagull” at the National Theater, alongside Judi Dench and Bill Nighy, and in 1995 she was named “most promising newcomer” in the Shakespeare Globe Awards for her portrayal of Lady Macbeth in the West End.

Ms. McCrory worked steadily in the theater over the next two decades, with notable appearances as Yelena in Chekhov’s “Uncle Vanya” in 2002; as Rosalind in “As You Like It” in 2005 (which earned her an Olivier Award nomination for best actress); as Rebecca West in Ibsen’s “Rosmersholm” in 2008; and as Medea in 2016.

“Portrayed with unsettling accessibility and nerves of piano wire by Helen McCrory,” Ben Brantley wrote in The New York Times, “the Medea of ancient myth has become the sad but scary crazy lady next door, the kind who inspires you to lock up your children.”

But as early as 1994, Ms. McCrory was also venturing into sinema and television work. In 2003 she appeared as Barbara Villiers, the mistress of Charles II, in Joe Wright’s four-part series “Charles II: The Power and the Passion,” and in 2006 she made a cameo appearance as Cherie Blair, the wife of Prime Minister Tony Blair, in Stephen Frears’s “The Queen” — a role she reprised in the 2010 sinema “The Special Relationship,” written, as was “The Queen,” by Peter Morgan.

Ms. McCrory became known to worldwide audiences through her 2009 role as Narcissa Malfoy, the mother of Harry’s nemesis, Draco Malfoy, in “Harry Potter and the Half-Blood Prince.” She played the role again in Parts 1 and 2 of “Harry Potter and the Deathly Hallows,” the final films in the series. (She had in fact been slated for a larger role, as Bellatrix Lestrange, in the earlier “Harry Potter and the Order of the Phoenix,” but had been forced to withdraw after discovering she was pregnant; Helena Bonham Carter took over.)

She was good at playing villains — the evil alien Rosanna Calvierri in an episode of “Doctor Who,” the spiritualist Evelyn Poole in the series “Penny Dreadful,” and, perhaps most notably, Polly Gray, the aunt of the gang boss Tommy Shelby, on the period crime drama “Peaky Blinders,” a role she played for its entire five-season run, from 2013 to 2019. 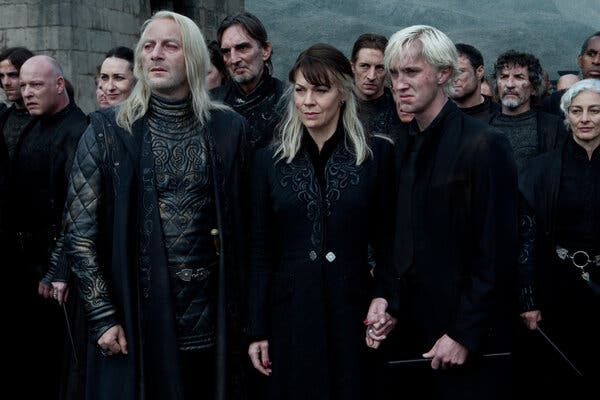 Helen Elizabeth McCrory was born on Aug. 17, 1968, in the Paddington neighborhood of London, the eldest of three children. Her father, Iain McCrory, was a diplomat; her mother, Ann (Morgans) McCrory, worked for the National Health Service.

During her childhood, her father’s work for the Foreign Service took the family to Tanzania, Norway, Madagascar and Paris.

“Dad tells me my first appearance onstage was dancing during an official visit by the French president,” Ms. McCrory said in a 2014 interview with The Times of London. “I’m pretty mühlet the idea of being an actress came to me around that time. Every evening at the house was like a little concert.”

In her teens she was sent back to England, to the Queenswood School for Girls in Hertfordshire. She began to act while there and, after graduating, spent a year traveling around Italy before being accepted at the Drama Center London.

Being an actress “was the only thing I wanted to be,” she told The Times of London in 2017, adding that she had been “incredibly lucky” to be quickly given major roles.

Ms. McCrory met Mr. Lewis in 2003, when they were both appearing in Joanna Laurens’s “Five Gold Rings” at the Almeida Theater in London. “Damian’s naughty, and I’ve always loved my naughty boys,” she said last year on the BBC 4 radio program “Desert Island Discs.” They had two children, Manon in 2006 and Gulliver in 2007, and married in 2007. Although Mr. Lewis also found fame, on the television series “Homeland” and “Billions,” they maintained a low-key life in London.

Ms. McCrory with her husband, the actor Damian Lewis, in London in 2017 after she was named an officer of the Order of the British Empire.Credit…Pool photo by Wpa

“I’m much happier as I’ve got older,” Ms. McCrory told The Times of London in 2016. “Age has given me nothing but confidence, security and joy.” She added, “To me, ‘Helen McCrory, 47’ means nothing. ‘Helen McCrory, bad housewife and argumentative after a bottle of gin’ would be much more relevant.”

In recent years she appeared on TV in leading roles in David Hare’s political drama “Roadkill” and James Graham’s “Quiz” and as the voice of a daemon in “His Dark Materials.”

Last year, Ms. McCrory and Mr. Lewis spearheaded a fund-raising effort to provide meals for members of the National Health staff amid the coronavirus pandemic. Their work led to donations of close to £1 million ($1.4 million) to the Feed NHS Scheme. Just a month ago, on March 12, she appeared with Mr. Lewis on ITV’s “Good Morning Britain” to discuss the project.

Her illness was not widely known, and her death came as a surprise to most. Complete information on survivors, in addition to her husband and children, was not immediately available.