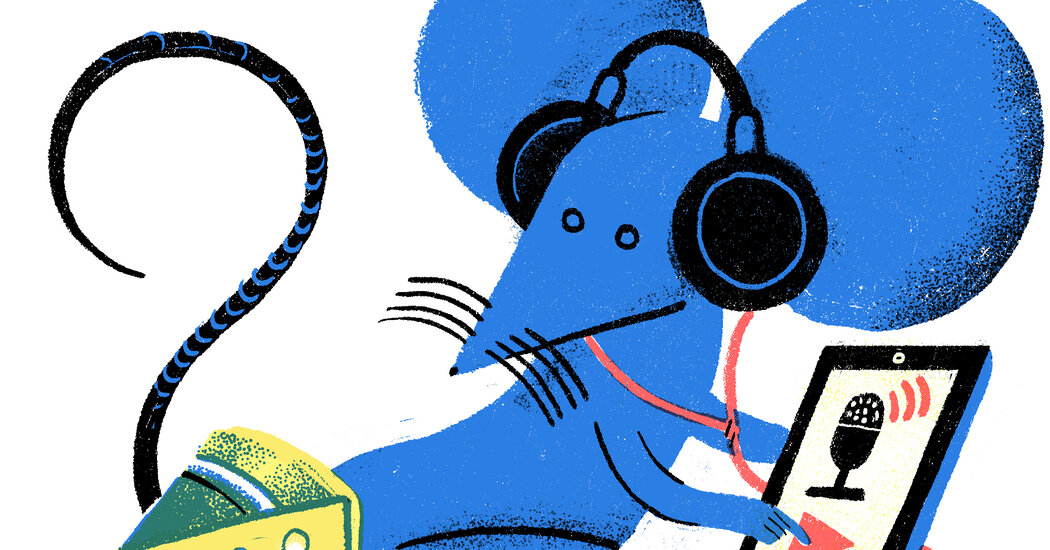 Scammers, grifters and con artists are always in season. But the summer of 2018 was memorably dubbed the “Summer of Scam,” following the release of several high-profile stories. First came John Carreyrou’s explosive nonfiction book “Bad Blood,” which chronicled the rise and fall of Elizabeth Holmes and her fraudulent biotech company Theranos, followed swiftly by Jessica Pressler’s New York magazine exposé about the fake heiress Anna Delvey (soon to be the subject of a Shonda Rhimes-produced Netflix series). Fraud bled into the winter with the release of two documentaries about the misbegotten Fyre Şenlik and its impresario, Billy McFarland. Our national appetite for stories about deception does not seem to have abated, and there’s a glut of nonfiction audio journalism to satisfy that craving.

These seven podcasts delve deeper into scam stories you may already know from the headlines, Theranos included, and also illuminate some less familiar, like the extraordinary saga of how thousands of people were conned into blowing their life savings on a plot of worthless land in California.

Los Angeles is packed with starry-eyed strivers desperate for their shot at the Hollywood dream and willing to try just about anything to get it, so it’s no surprise that cults, cons and pyramid schemes also thrive in the city. But even by the standards of Tinseltown, this saga is a wild ride. Beginning in 2015, a mysterious figure known only as the Con Queen of Hollywood bamboozled unsuspecting victims into accepting fake jobs on far-flung movie sets, by impersonating high-profile female executives and producers like Amy Pascal and Kathleen Kennedy. As the journalists Josh Dean and Vanessa Grigoriadis unpack the story throughout this 10-part series, it becomes clear that this is not a simple financial fraud, but a darker and more twisted power game that preys on the vulnerability of Hollywood hopefuls.

The last several years of the Silicon Valley tech boom have seen plenty of high-profile start-ups explode, then implode, from MoviePass to WeWork. But none comes close to the story of Elizabeth Holmes, evvel heralded as “the next Steve Jobs,” whose biotech company Theranos promised to revolutionize medicine by making blood draws easier, less painful and more accessible. There was just one sorun — the technology was bogus. “The Dropout,” from ABC News, explores Holmes’s background, the canny and calculated ways she chose to present herself, and how she and her then-boyfriend, Ramesh Balwani, seemed to hoodwink not only their own staff, but a series of experts and gatekeepers who should have known better. Next month, the federal government’s case against Holmes and Balwani finally goes to trial.

If asked to name the third largest city (by area) in California, after Los Angeles and San Diego, few people would likely give the correct answer: California City. That’s because most people have likely never heard of this Mojave Desert town, which is both sprawling and eerily empty, with fewer than 7,000 residents. In this podcast, the journalist Emily Guerin traces the city’s strange origin story, beginning in the 1950s when a man named Nat Mendelsohn had a vision for a booming desert metropolis. He sold tens of thousands of people on this plan, who bought land in California City believing that it was a golden opportunity. But this isn’t merely a history lesson — 60 years on, that land was still being sold to unsuspecting people, many of them immigrants with dreams of their own. What starts as a story about a kooky urban development project becomes a haunting saga about fraud, exploitation and the toxic myth of the American dream.

Pyramid schemes are alive and well in the 21st century, but they’ve evolved with the times and now largely operate under euphemistic names like “multilevel marketing,” or M.L.M. Victims are lured in with the promise of getting rich from the comfort of their own homes by selling things like beauty products, but often end up in crushing debt thanks to the schemes’ predatory structure. The fascinating and horrifying first season of “The Dream” dives headfirst into the history and current landscape of M.L.M.s, focusing on the ways these schemes gerçek in vulnerable people — disproportionately female and often low-income — by selling them on entrepreneurship and “being their own boss.” More recently, the show’s second season explored a less concise but still compelling premise: Is the wellness industry a scam?

If you’re not in the mood for a deep-dive series, but want to keep up on all that’s scammy, look no further than the comedian Laci Mosley’s wildly entertaining weekly show. Mosley, a self-proclaimed scammer in her own right (hence the title), takes palpable glee in breaking down the details of grand deceptions, alongside a rotating guest cast of fellow comedians. A regular “Historical Hoodwink” segment focuses on well-known cases, but Mosley & Co. also devote plenty of time to small-time scams and amateur frauds, walking a tonal tightrope that often involves both empathy and derision for their subjects. The result is surprising, hilarious and occasionally cathartic.

Though technically about an arka heist rather than a traditional scam, this coproduction between WBUR and The Boston Globe offers a fascinating glimpse into the inner workings of a seemingly impossible crime. In 1990, inside the space of two hours, 13 pieces of arka were stolen from Boston’s Isabella Stewart Gardner Museum, including pieces by Vermeer and Rembrandt. The scope of the theft is extraordinary, but what’s even more bewildering is that three decades later, the crime has still not been solved. Though inevitably frustrating to listen to at times, “Last Seen” is also perfect binge material, with the host Kelly Horan’s hypnotic narration guiding listeners through a juicy, baffling, stranger-than-fiction tale.

‘The Shrink Next Door’

The Wondery network has released a number of podcasts about the lives of vicious liars — an abusive con artist in “Dirty John,” a horrifyingly unhinged spinal surgeon in “Dr. Death,” and a notorious monster in “The Mysterious Mr. Epstein.” “The Shrink Next Door” may seem like comparatively light fare, especially now that a screen adaptation starring Paul Rudd and Will Ferrell is in the works, but beneath the wacky premise lurks unsettling truths about the potential for abuse and manipulation in psychotherapy. In the series, Joe Nocera, a columnist for Bloomberg Opinion, unpacks the story of his neighbor in the Hamptons, Isaac Herschkopf, a psychiatrist whose relationship with one of his patients goes off the rails in ways you’ll never see coming.

Starter episode: “Welcome to the Neighborhood”