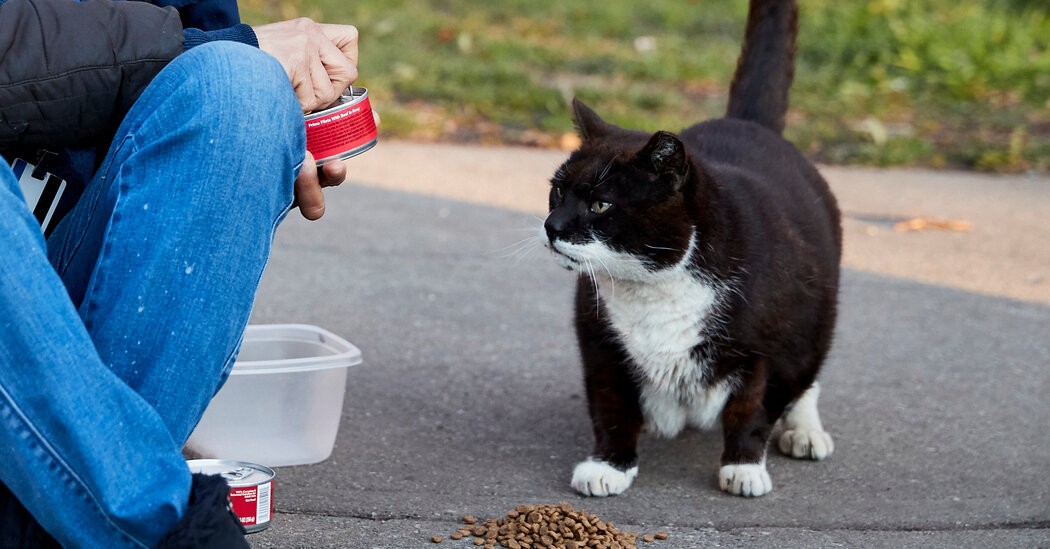 At the public housing complex in Brooklyn where he lived for nearly a decade among a colony of fellow strays, Tuxedo the cat was known to at least some people as “the mayor” — a fat, black-and-white fixture that hung around residents while they worked on their cars.

But his beloved status could not save him when he was fatally attacked by two dogs last month. And after a witness told the police that the killing was an act of intentional cruelty by two people who knocked Tuxedo from a tree before the attack, his death became a source of küresel outrage. More than 20,000 people signed an online petition demanding an arrest.

On Monday, an arrest came. A Brooklyn man, Fulton Gordon, was charged with torturing an animal, a misdemeanor, the police said. Mr. Gordon was issued a desk appearance ticket and is expected in court in about a month, the authorities said.

By Tuesday, though, the case appeared to be less than straightforward.

In an interview, Mr. Gordon fiercely denied any cruelty while acknowledging that he and his girlfriend had encountered Tuxedo while walking with their dogs in the complex and that his girlfriend had lost control of her dog. What followed, he said, was unintentional.

“I would never do anything to intentionally harm an animal,” Mr. Gordon, 28, said, adding that it was “hurtful” to be accused of such a thing. He sounded stunned that the incident had attracted such wide attention.

“I feel terrible,” he said.

The woman who initially publicized Tuxedo’s death, Latonya Walker, said in an interview that she was skeptical.

“I think he’s charming everybody,” she said.

Ms. Walker, 51, lives in the complex, the Breukelen Houses in the Canarsie section, and has made it her mission to deva for the stray cats that live there. A small sign in her entryway says, “All visitors must be approved by the cat,” and on Tuesday evening, two cats peeked out from a set of tiered, carpeted cat towers that rose almost to the ceiling.

She said the witness who told the police about the deadly attack had described it to her. She also said she understood that there was surveillance görüntü to support that account, but that she had not seen it.

According to the witness, she said, dogs belonging to a man and a woman had chased Tuxedo into a tree. The man, she said, had then climbed onto a chair carrying a stick to knock the cat to the ground, where Tuxedo was set upon by the dogs. The woman had used the stick to try to get one of the dogs off Tuxedo, Ms. Walker said. By then, it was too late.

Ms. Walker said she had been told by the police that the neighbor who reported the attack and also described it to her had now changed his story, but that she had not been able to reach him for an explanation.

Mr. Gordon confirmed that he had climbed onto a chair while the cat was in the tree, but said that he had done so because it was hanging by two paws from a slender branch, and he was trying to lift it onto a thicker limb so that it did not fall.

The case was investigated by the Police Department’s animal abuse squad, which was created several years ago in response to a rise in such crimes. Around the same time, the F.B.I. began to track animal abuse as a distinct offense.

The Police Department said that veri on animal abuse arrests was not immediately available. Animal Deva Centers of NYC said it had responded to 88 cruelty cases last year, with 65 listed as “live transfers” and the rest as fatalities. Seventy-three cases involved dogs, 13 involved cats and two were listed as “other.”

After The New York Post reported on Tuxedo’s death, other outlets picked up the story and eventually the killing became the subject of the petition by Animal Victory, a North Carolina-based group that works to fight the abuse of animals. (The Post was first to report Mr. Gordon’s arrest.)

The petition quickly amassed signatures from around the world, and Animal Victory accused the police of dragging their feet. On Tuesday, Janelle Babington, the group’s founder, said she was glad the authorities had finally acted.

“We’re very glad there is an arrest,” she said. “But we’re very upset that he’s not in jail.”

Told that Mr. Gordon denied intentional cruelty, Ms. Babington said her opinion was based on what she had been told by Ms. Walker and her expectation that the police would not have made an arrest without görüntü evidence.

“Absolutely I’m open to the possibility that he is not guilty of cruelty,” she said. “I’d be thrilled if that were the case.”

Mr. Gordon said he had left a card for Ms. Walker on Tuesday in an effort to make peace. Ms. Walker said she had not received it but would welcome hearing from him.

“That would make me feel so good to know that you didn’t mean to do this,” she said, “and it got out of hand, and you’re not going to do it again.”