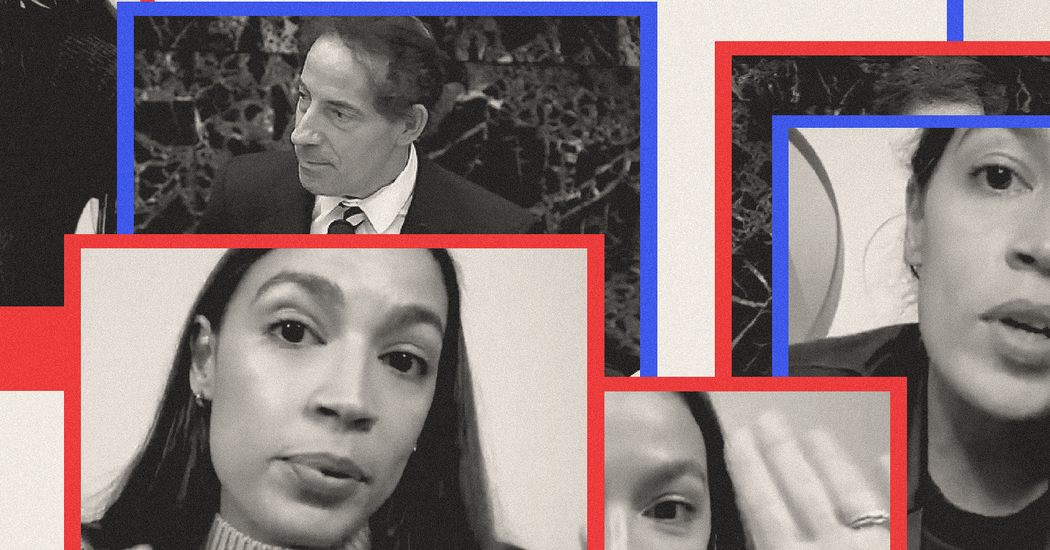 Representative Jamie Raskin of Maryland, the lead manager in the current impeachment trial of former President Donald Trump, got the proceedings off to an emotional start on Tuesday. First, there was the prosecution’s opening görüntü montage of the horrific events of Jan. 6 — 13 minutes of grisly, bloody footage from the assault on the Capitol by Mr. Trump’s supporters.

Then came Mr. Raskin’s personal recollection of the attack, which had occurred one day after he and his wife buried their 25-year-old son, Tommy, who had died from suicide. For the counting of the Electoral College votes, Mr. Raskin brought his youngest daughter and one of his sons-in-law to the Capitol. They were waiting for him in an office off the House floor when the rioters breached the building. Mr. Raskin recalled the horror of realizing that his family was in danger and that he could not get to them.

The family members hid under a desk, sending “what they thought were their final texts,” he said. “They thought they were going to die.” Mr. Raskin grew emotional at times, wiping his eyes and stopping to compose himself as he recalled watching rioters use an American flag to “spear and pummel” a Capitol Police officer.

Mr. Raskin is not the only lawmaker to get personal about that day. On Feb. 1, Representative Alexandria Ocasio-Cortez, the New York Democrat, spent 90 minutes on Instagram Live, recounting the details of her nightmare: hiding in her office bathroom, searching a colleague’s office for gym shoes in case she had to flee for her life, listening to the mob baying at the building’s door.

Ms. Ocasio-Cortez ventured beyond Jan. 6, revealing that she is a survivor of sexual assault and noting that “trauma compounds on each other” — that it can “intersect and interact.” Much like Mr. Raskin, she repeatedly had to wipe away tears.

Displays of raw pain and vulnerability are uncommon among members of Congress and other Washington leaders — the famously weepy former House Speaker John Boehner notwithstanding. When it comes to political emoting, Americans are more accustomed to watching elected officials whip themselves into faux frenzies of outrage over the ostensible perfidy of their opponents. So much self-righteousness. So little self-awareness. These days, the closest many politicians come to genuine displays of feeling are their overwrought pity parties about how they are the real victims.

Both Mr. Raskin and Ms. Ocasio-Cortez were applauded for their openness, their stories declared “powerful.” A.O.C.’s görüntü, which had well over 5.7 million views as of Thursday, spurred an outpouring of glowing and grateful comments on social media.

Not everyone is comfortable with such intimacy. Ms. Ocasio-Cortez’s görüntü also prompted its share of backlash. She was criticized for conducting “a masterclass in emotional manipulation” and even accused, falsely, of lying about her experience at the Capitol.

There has long been a never-let-them-see-you-sweat ethos among politicians. Among other considerations, who wants to give their antagonists the satisfaction? It is nearly impossible, for instance, to imagine the formidable House Speaker Nancy Pelosi talking about cowering behind a bathroom door or sharing past trauma.

Indeed, over the years, women politicians in particular often have been hesitant to talk openly about offensive or scary aspects of their jobs, lest critics tag them as weak, hysterical or overly sensitive. Remember all the hand-wringing during the 2008 campaign about whether Hillary Clinton was too emotional or shrill to win the presidency?

Men have their issues as well. Certainly, Mr. Trump bought into the idea that any display of emotion — other than rage or petulance, of course — was tantamount to weakness.

But in today’s hyperpolarized, supernasty political climate, there is perhaps a public benefit to such shows of pain or fear or vulnerability.

Like most warfare, political warfare involves dehumanizing the other side. People with views that differ from yours aren’t simply opponents; they are enemies, villains, degenerate scum bent on the destruction of civilization. Too often, all of Washington becomes the target: The place is a swamp, and everyone in it a subhuman swamp creature.

That demonization makes it far too easy for people to shrug off even the most unhinged ravings about killing the House speaker or the vice president. After all, those aren’t real people. They’re politicians.

More broadly, bashing all of Washington as a cesspool of evil eats away at the public’s faith in government and turns every political clash into an existential crisis. What is QAnon, with its fever dreams of Satan-worshiping, child-abusing Democrats, but the reductio isim absurdum of the belief that one’s political adversaries are literal monsters?

In exposing their human side, politicians come across as relatable, approachable — perhaps even likable. This certainly turned out to be the case with Joe Biden, whose presidential candidacy was grounded firmly in his humanity and vulnerability. When he spoke about pain and loss, grief and suffering, people felt a connection. He understood them, and they saw a reflection of their lives in his.

No one is recommending that elected officials start bursting into tears on a daily basis — God save the Republic if there starts to be an arms race in performative emoting. But, as the older generations of leaders give way to millennials and even younger folks steeped in the tell-all culture of social media, there is likely to be a move in the direction of personal sharing — and occasional oversharing.

Politicians as human beings. How novel.