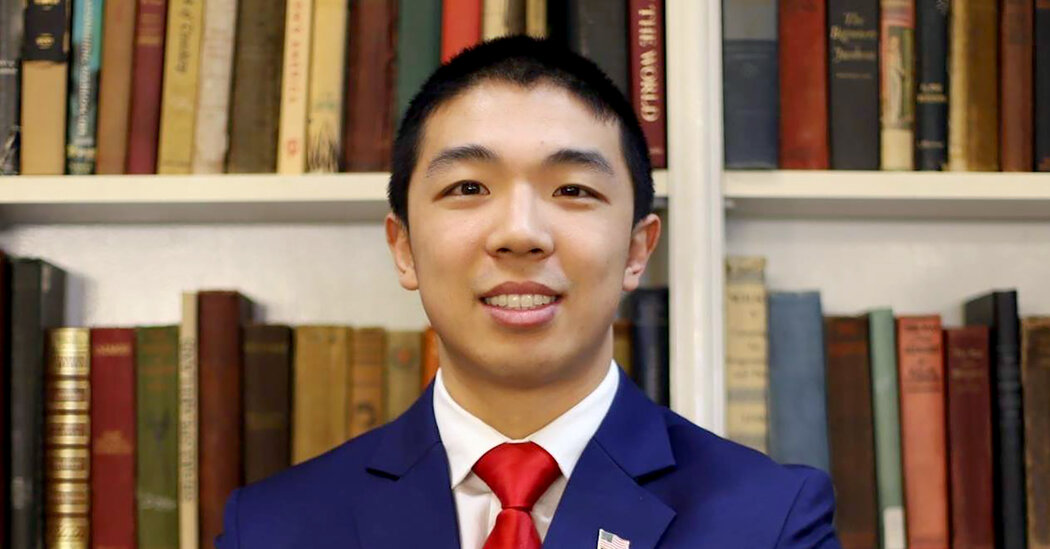 Before he was killed on Saturday night, Kevin Jiang was on the cusp of momentous life changes. After serving in the military and spending time as a consultant, he was on track to finish a graduate program at Yale. He had just proposed to his fiancée a week earlier, and he was days from his 27th birthday, on Valentine’s Day.

But on Saturday night, Mr. Jiang was gunned down near his car in New Haven, Conn., in a gruesome death that has shaken a city where violence has been on the rise.

The killing became all the more shocking on Wednesday, when the New Haven police said they were seeking a man for questioning whom they considered “armed and dangerous.” That man, Qinxuan Pan, is a graduate student at M.I.T. — the same university from which Mr. Jiang’s fiancée graduated last year.

The New Haven police would not provide any details about possible connections between Mr. Pan, Mr. Jiang and Zion Perry, the fiancée, citing the ongoing investigation. “We’re exploring absolutely every angle, and whether or not that it is a factor in this investigation is something we can’t disclose at this time,” Chief Otoniel Reyes said at a news conference on Wednesday.

Mr. Pan, 29, could not be reached for comment. Chief Reyes said the police believe that he was “in the area” of Mr. Jiang’s killing at the time of his death.

Mr. Jiang’s death came as New Haven has been grappling with a surge in violent crime. His killing marked the sixth homicide in New Haven, a city of about 130,000, this year. At this time in 2020, there had been none.

The city, Connecticut’s second most populous, also saw a spike in violent incidents last year, similar to trends in many large American cities that experts have linked to the economic devastation caused by the coronavirus pandemic. New Haven saw 20 homicides last year, up from 11 in 2019, and 121 nonfatal shootings, up from 78.

But Mr. Jiang’s killing has attracted a storm of media attention because of his ties to Yale, a university with a multibillion-dollar endowment that has at times had a strained relationship with the city and its working-class neighbors.

“The Yale community is grieving right now,” the school’s president, Peter Salovey, said at a news conference on Monday. “This is a loss of an extraordinary young man. He was committed to applying his talents to improving the world.” 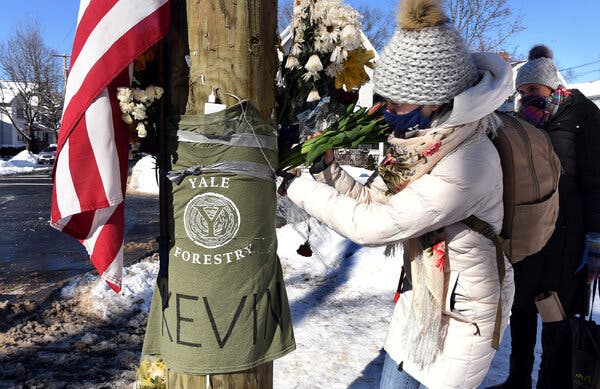 Mr. Jiang was in the second year of a master’s program in environmental science and was expected to receive his degree in the fall, Yale officials said. His research focused on the mercury levels of fish in the watershed of the state’s Quinnipiac River, information that would help inform whether fishers could eat their catch.

Mr. Jiang also volunteered at a homeless shelter and served as a mentor to young people in Connecticut, Mr. Salovey said on Monday.

He was a second lieutenant in the Army National Guard, which he joined as a tank operator in 2012, a spokesman for the Connecticut National Guard said. Mr. Jiang had most recently been assigned to a medical battalion and helped with coronavirus relief efforts.

“Our hearts are heavy having lost a brother and bright young member of our team with nothing but potential ahead of him,” said Maj. Gen. Francis J. Evon Jr., the adjutant general of the Connecticut National Guard, in a statement.

The police were called to the scene of the shooting, in New Haven’s East Rock neighborhood, at around 8:30 p.m. on Saturday after multiple reports of gunshots. When they arrived, they found Mr. Jiang dead outside his car, which bore evidence of a collision.

The killing took place near the home of Ms. Perry who is enrolled in a doctoral program in biochemistry and biophysics at Yale.

The two became engaged on Jan. 30, exactly a week before the shooting and a year after they first met, according to a Facebook post from Mr. Jiang and interviews Ms. Perry gave to local media outlets. (Ms. Perry did not immediately respond to phone and email messages seeking comment.)

“Zion sweetheart – you’ve really made a huge impact in my life!” Mr. Jiang wrote. “Ever since I met you, God has been working in my heart and changing my heart for the better, helping me become more generous and kinder to others.”

At the time, Ms. Perry was a senior at M.I.T. studying biological engineering, according to a school spokeswoman, Kimberly Allen.

In that period, Mr. Pan, the person of interest, was a doctoral student in M.I.T. ’s department of electrical engineering and computer science. He enrolled there in September 2014, months after completing his undergraduate degree at the school, Ms. Allen said. He is also a researcher at the school’s computer science and artificial intelligence laboratory.

Ms. Perry said she and Mr. Jiang spent Saturday together. They went ice-fishing and cooked dinner at her apartment, according to the New Haven Independent.

Officials said that Mr. Pan, of Malden, Mass., was last seen at a Best Western hotel in North Haven, Conn., about eight miles northeast of the site of the shooting. They did not believe he was still in Connecticut.

Mr. Pan has two active warrants out for his arrest, both related to a car theft in Massachusetts, Chief Reyes. One, issued in Connecticut, would allow Mr. Pan to be extradited if he were arrested outside state lines.