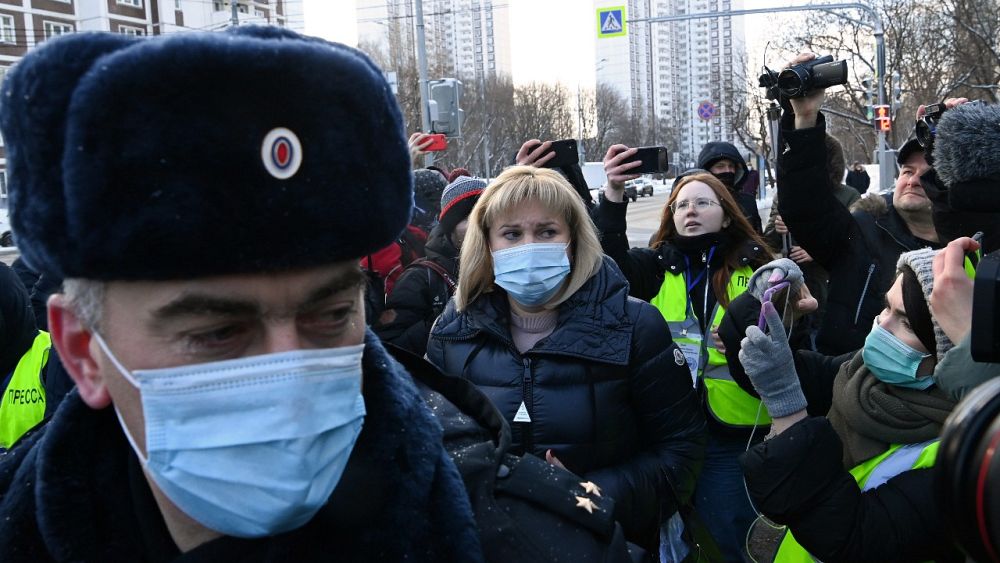 Russian opposition leader Alexei Navalny appeared in court again in Moscow on Friday, in a separate case from the one earlier this week that saw him sent to prison.

In this trial, heard at the capital’s Babushkinskiy District court, the dissident faces charges of slandering a World War II veteran. Navalny was present at the proceedings, observing them from a glass box.

He has rejected the case as the Kremlin enacting political revenge.

The court appearance coincides with EU diplomacy chief Josep Borrell’s visit to Moscow, where he is due to meet the Russian Foreign Minister Sergey Lavrov.

On Thursday evening the opposition leader called on his supporters to “overcome their fear” and liberate Russia from “thieves”, but his team stopped short of appealing for new protests immediately.

The 44-year-old anti-corruption campaigner who is Russian President Vladimir Putin’s most determined political foe, was arrested January 17 upon returning from his five-month convalescence in Germany from a nerve agent poisoning, which he has blamed on the Kremlin.

Russian authorities deny any involvement and claim they have no proof that he was poisoned despite tests by several European labs.

The case earlier this week related to a 2014 fraud and money-laundering embezzlement conviction. A Moscow court on Tuesday found that Navalny violated the terms of his probation while recuperating in Germany, and sentenced him to two years and eight months in prison.

Navalny accuses the Russian authorities of wanting to silence him following last summer’s attempted poisoning, for which he holds Putin responsible.

His arrest upon his return to Russia prompted demonstrations supporting him across the country. Security forces made more than 10,000 arrests, a record in recent years.