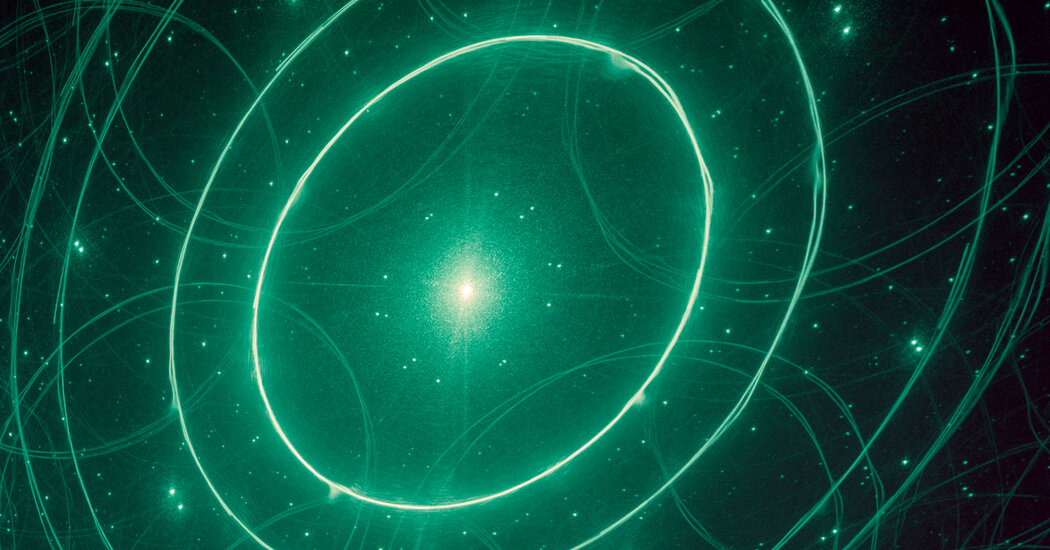 Listen to This Op-Ed

To hear more audio stories from publishers like The New York Times, download Audm for iPhone or Android.

The sun is not special. I know that’s a churlish thing to say about everyone’s favorite celestial body, our planet’s blazing engine and eternal clock, giver of light, life and spectacular Instagram backdrops. Awesome as it is, though, the sun is still a pretty ordinary star, one of an estimated 100 billion to 400 billion in the Milky Way galaxy alone. And the Milky Way is itself just one galaxy among hundreds of billions or perhaps trillions in the observable universe.

Then there’s Earth, a lovely place to raise a species but, as planets go, perhaps as unusual as a Starbucks in a strip mall. Billions of the Milky Way’s stars could be orbited by planets with similarly ülkü conditions to support life. Across all of space, there may be quintillions or a sextillion potentially habitable planets — which is more than the estimated grains of sand on all of Earth’s beaches.

So isn’t it hubris to assume that we’re the only life around? Since Nicolaus Copernicus posited nearly 500 years ago that Earth is not at the center of the universe, much of what humanity has learned about the cosmos has confirmed our insignificant ordinariness. We live aboard Carl Sagan’s pale blue dot, “a mote of dust suspended in a sunbeam.” In all the vastness of space and time, then, doesn’t it seem likely, maybe even obvious, that there exist other ordinary beings on other insignificant motes?

You might respond with the physicist Enrico Fermi’s famous paradox: If life is so common, why haven’t we seen it?

Now, in a dazzling new book, “Extraterrestrial: The First Sign of Intelligent Life Beyond Earth,” the astrophysicist Avi Loeb offers a forceful rejoinder to Fermi. Loeb, a professor at Harvard, argues that the absence of evidence regarding life elsewhere is not evidence of its absence. What if the reason we haven’t come across life beyond Earth is the same reason I can never find my keys when I’m in a hurry — not because they don’t exist but because I did a slapdash job looking for them?

“The search for extraterrestrial life has never been more than an oddity to the vast majority of scientists,” Loeb writes. To “them, it is a subject worthy of, at best, glancing interest and at worst, outright derision.”

That attitude may be changing. In the past few years there has been a flurry of new interest in the search for aliens. Tech billionaires are funding novel efforts to scan the heavens for evidence of life, and after decades of giving the field short shrift, NASA recently joined the search.

Still, Loeb argues, we are not looking hard enough. Other areas of physics, especially abstruse mathematical concepts like supersymmetry, are showered with funding and academic respect, while one of the most profound questions humanity has ever pondered — Are we alone? — lingers largely on the sidelines.

Loeb is a former chair of Harvard’s department of astronomy, and the director of its Black Hole Initiative and its Institute for Theory and Computation. He’s spent much of his career studying the early universe and black holes, but in the past few years he has become best known for his eccentric analysis of a cosmic mystery that unfolded over 11 days in 2017.

That October, a telescope in Maui captured an exotic speck speeding across the sky. It was interstellar — recognized as the first object we’ve ever seen that originated outside our solar system. Unusual though it was, the astronomical community quickly arrived at a consensus: The object — named Oumuamua, which translates roughly to the Hawaiian for “scout” — was some kind of comet, asteroid or other body of natural origin. 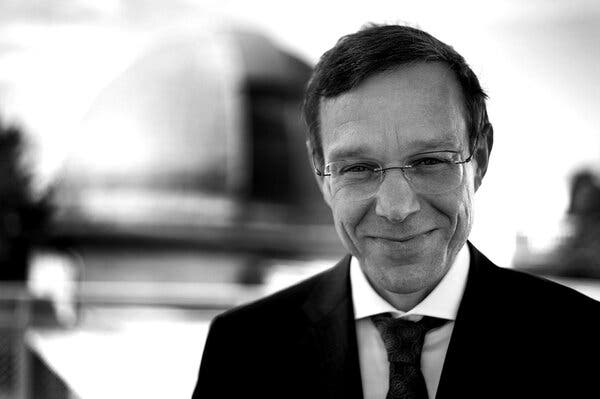 Loeb disagrees. The “simplest explanation,” he writes, is that Oumuamua “was created by an intelligent civilization not of this earth.” The object’s size, shape, luminosity and in particular its unexpected trajectory around the sun suggested something like a lightsail — a large, thin reflective object that might propel a vehicle using starlight in the way a sailboat is pushed by the wind.

Loeb would know; before Oumuamua was discovered, he worked on a plan to use a laser-powered lightsail to send a tiny probe to Alpha Centauri, a star system about four light-years from our sun. Reaching speeds up to 100 million miles an hour, Loeb’s proposed lightsail would reach Alpha Centauri in about 20 years.

I’m far from qualified to determine which side has the upper hand in the debate over Oumuamua (The New Yorker’s Elizabeth Kolbert has a terrific piece sorting through the evidence). But in some ways the origin of Oumuamua is not the deepest mystery in Loeb’s book; a bigger puzzle is the closed-mindedness of the scientific establishment, its grumbling reluctance even to entertain the idea that an unusual object might be of alien origin.

What accounts for the reflexive skepticism? Much of it is a matter of optics — looking for alien life just sounds kind of zany. In 1992, NASA spent $12 million on a project to listen for radio signals from other planets; the next year, Congress cut the funding, with one senator joking that “we have yet to bag a single little green fellow.” The joke illustrates a persistent sorun for scientists who want to look for alien intelligence — the “giggle factor,” a sense that there’s something unserious and whimsical about the entire endeavor. These perceptions tend to stick; for almost three decades after the 1992 funding, there was essentially no NASA support for the search for extraterrestrial life.

The drought finally ended last year, when the space agency funded an effort by Loeb and several colleagues to look for “technosignatures” of life on other planets — for instance, the presence of industrial pollutants or a concentration of bright light similar to what we see in our densest cities.

Scientific and technological advances have also encouraged new interest in the search for life. The first confirmed exoplanet — a planet beyond our solar system — was found in 1995, but it was the 2009 launch of the Kepler space telescope that supercharged the search. Researchers have cataloged nearly 4,700 exoplanets, and astronomers are eager for the launch this year of NASA’s James Webb space telescope, which promises to provide much closer views of distant worlds.

Besides a lack of resources, Loeb says the search for aliens has been hampered by risk aversion and groupthink. Young scientists rarely push boundaries because doing so risks making mistakes, and mistakes don’t advance careers.

That attitude feeds on itself, fostering sameness and insularity. Loeb points out that many of the most fashionable research topics in physics — other than supersymmetry, ideas like extra-spatial dimensions, string theory, multiverses — lack much experimental backing. But there is compelling evidence to suspect that life exists elsewhere — life exists on Earth, and there’s little reason other than Homo sapiens privilege to think we’re special.

There is much we could do to keep an eye out for beings elsewhere — at the least, as Loeb suggests, surrounding the planet with a network of orbiting high-definition cameras so that the next time an Oumuamua-like object comes hurtling by, we can get a closer glimpse of it. He calls for allocating more scientific resources, like access to telescopes, to high-risk projects. He proposes the creation of a cross-disciplinary science, “astro-archeology,” dedicated to detecting and analyzing relics in other worlds.

I found myself cheering for Loeb’s proposals. Aliens are almost certainly out there, and finding even circumstantial evidence of other beings — even long-dead civilizations — would alter humanity in deep ways, almost certainly for the better. We might gain perspective on our most intractable problems, we might discover novel technologies, and we might learn of unseen dangers in our future.

All we have to do is open our eyes and look.